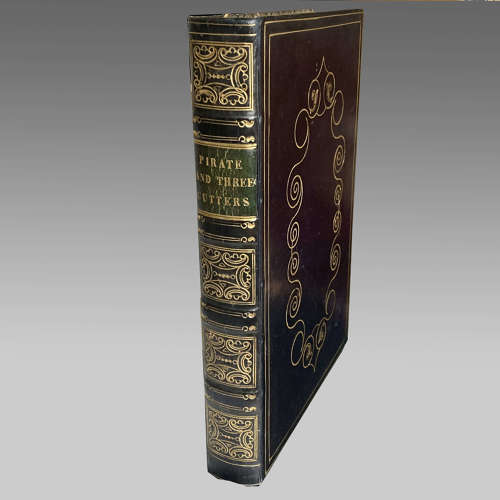 By Captain Marryat, RN, and published in London by Longman, Rees, Orme, Brown, Green and Longman in 1836. First Edition. Two short stories illustrated with 20 [whole page] engravings from drawings by Clarkson Stanfield Esq R.A.. Captain Frederick Marryat (1792 - 1848) was a British Royal Navy officer, novelist and acquaintance of Charles Dickens. As well as known for his widely used system of maritime flag signalling known as Marryat’s Code, his novels, especially those of the sea, earned him considerable renown. ‘The Pirate’ and ‘The Three Cutters’ are two delightful and entertaining short stories, the first about two twin brothers separated at birth, one becoming a pirate and the other a naval officer and the latter, the first ever nautical fiction story based on yachting. Clarkson Frederick Stanfield RA (1793 - 1867) was a prominent English marine painter.

Other items in Antiquarian Books

View all in Antiquarian Books