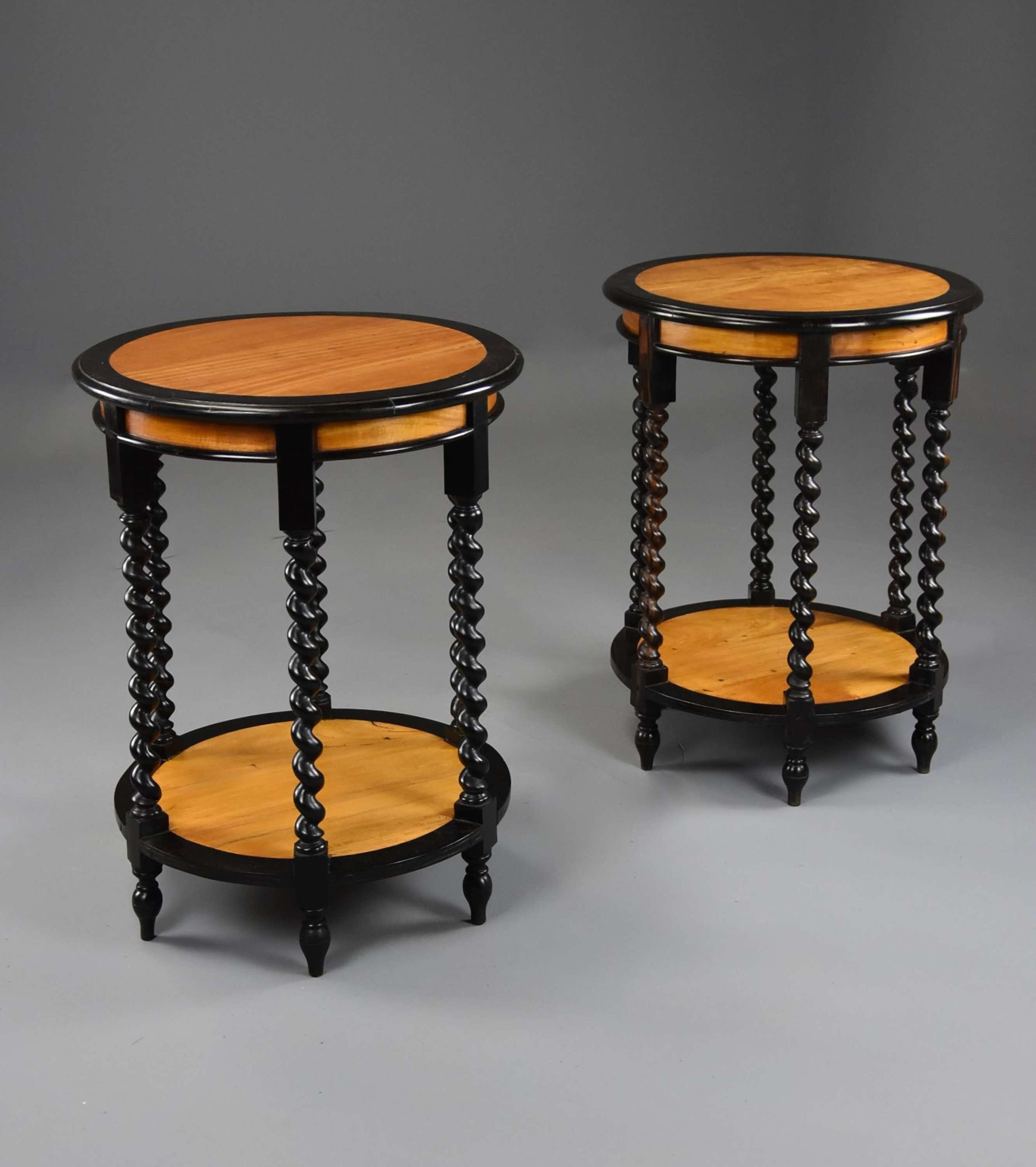 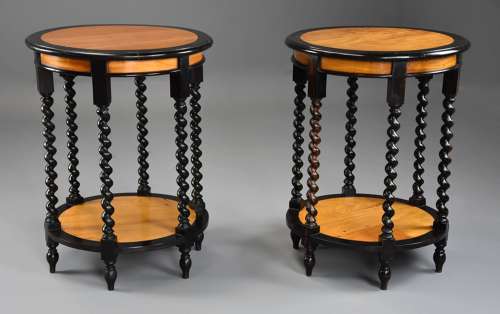 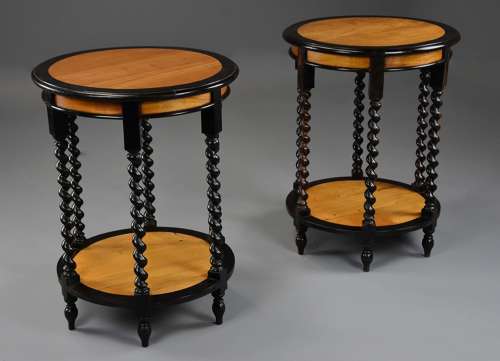 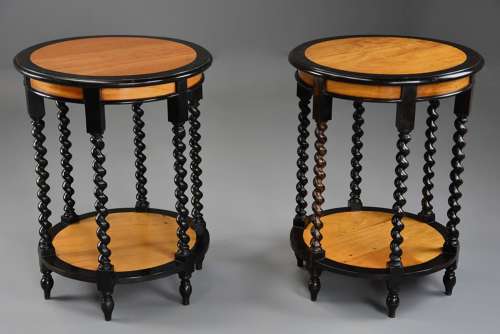 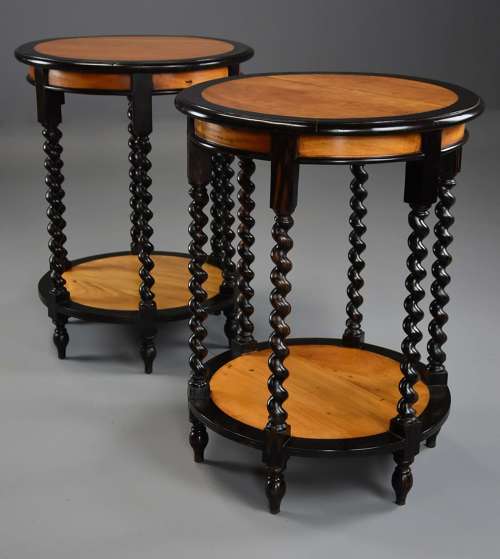 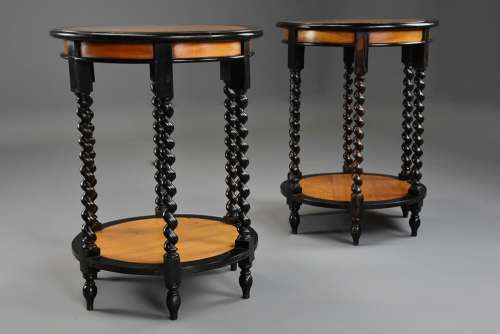 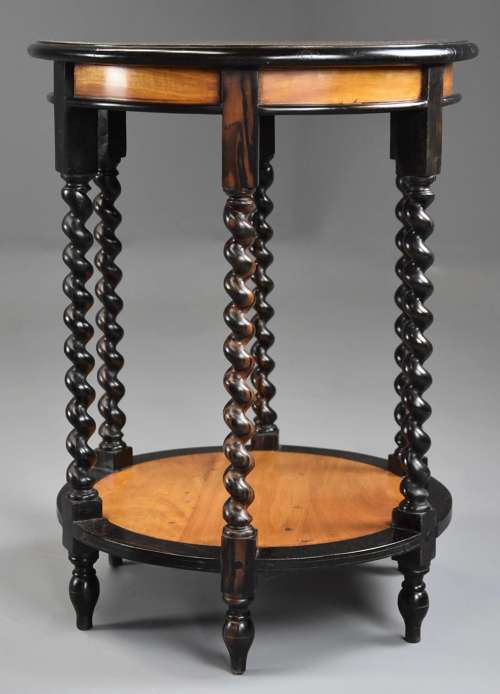 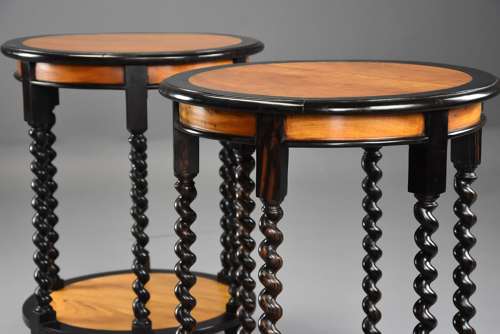 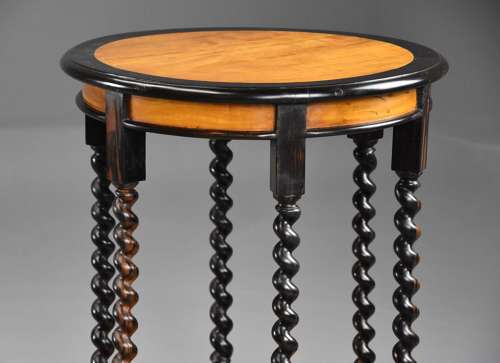 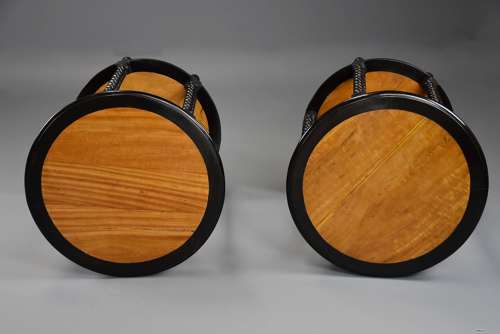 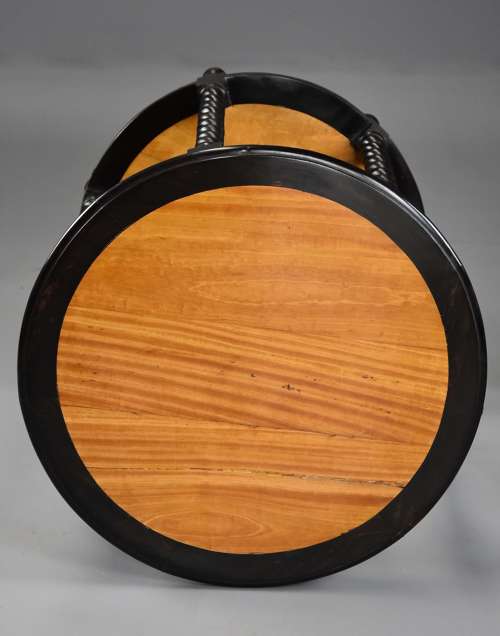 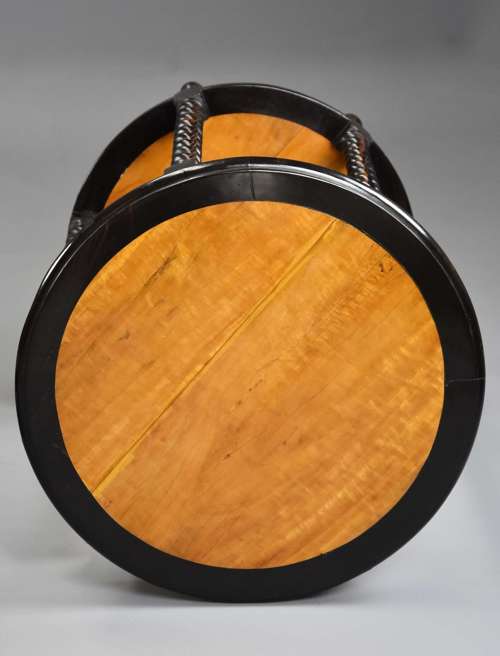 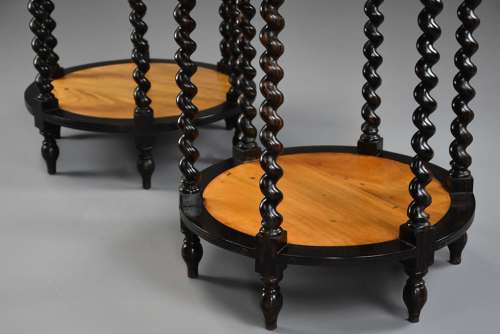 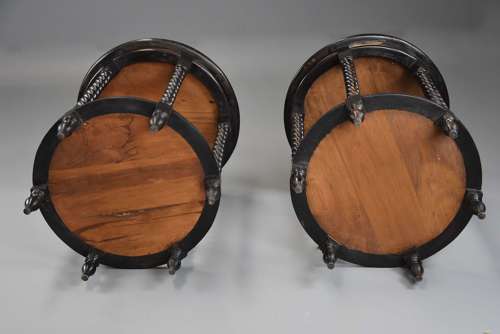 These tables each consist of a solid circular satinwood top within a solid ebony circular moulded edge leading down to a frieze consisting of satinwood panels with ebony moulded edge below.

The tables are supported by six ebony barley twist legs with a satinwood and ebony shelf below leading down to turned ebony feet.

Both satinwood and ebony were sourced from Dutch and Portuguese colonies such as Ceylon (now Sri Lanka) where ‘beautiful cabinet furniture of every description’ was produced and some areas such as Galle and Moratuwa, near to Colombo, became centres for the production of a range of furniture, there was also a wealth of skilled local craftsmen, although the 'master cabinetmakers were generally Portuguese', producing furniture often based on Western designs.

These tables are in very good original condition for age, are of stable construction and can go straight into a home - due to the size and proportions they are a very verstatile pair of tables.

References: 'Furniture From British India And Ceylon' by Amin Jaffer

Other items in Antique Bedside Tables

View all in Antique Bedside Tables 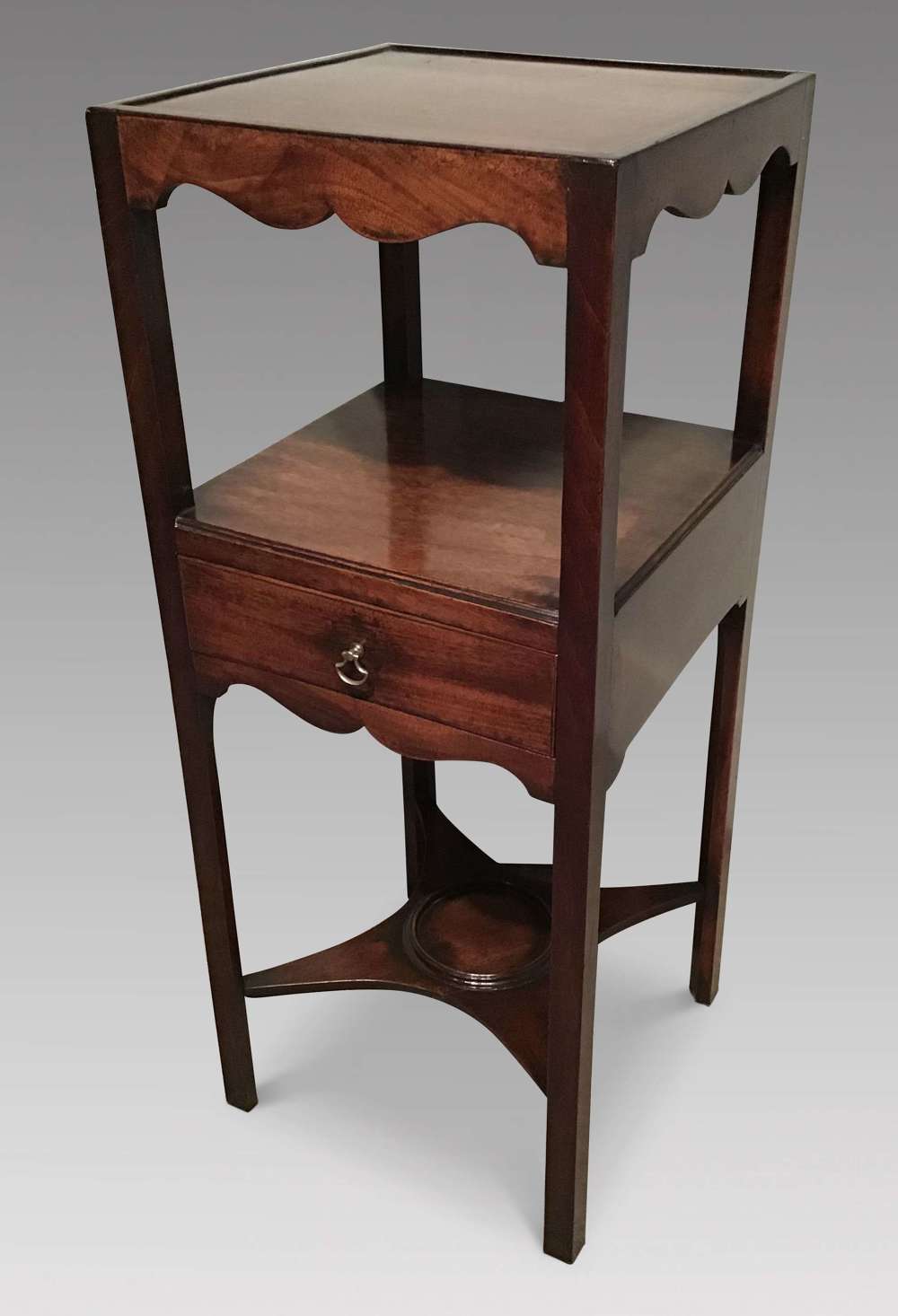 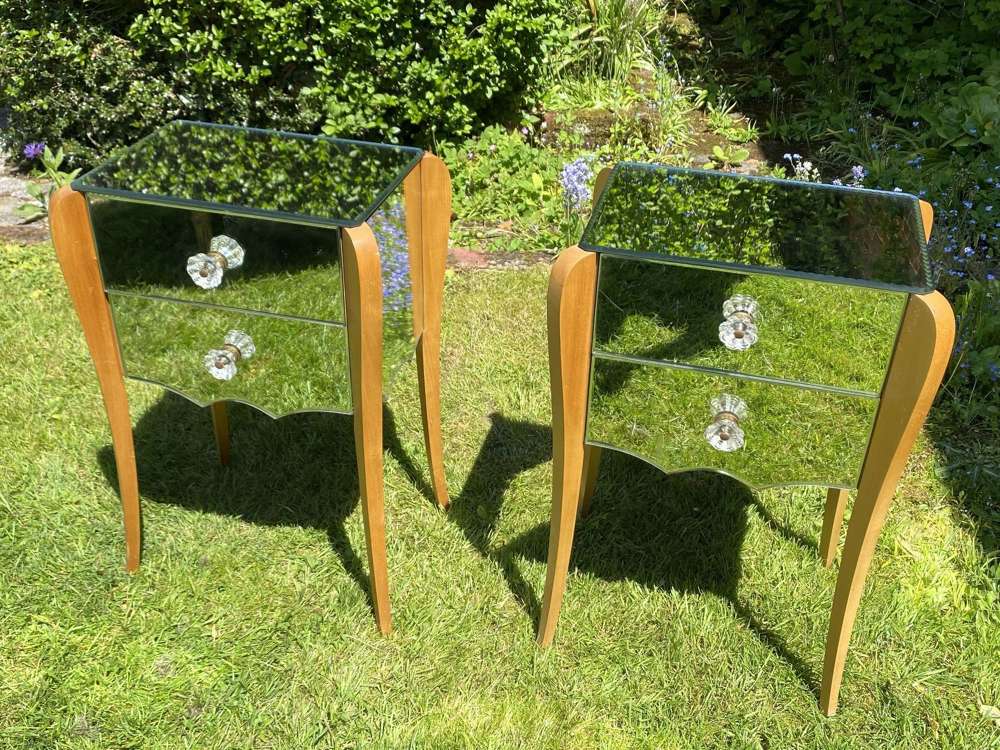 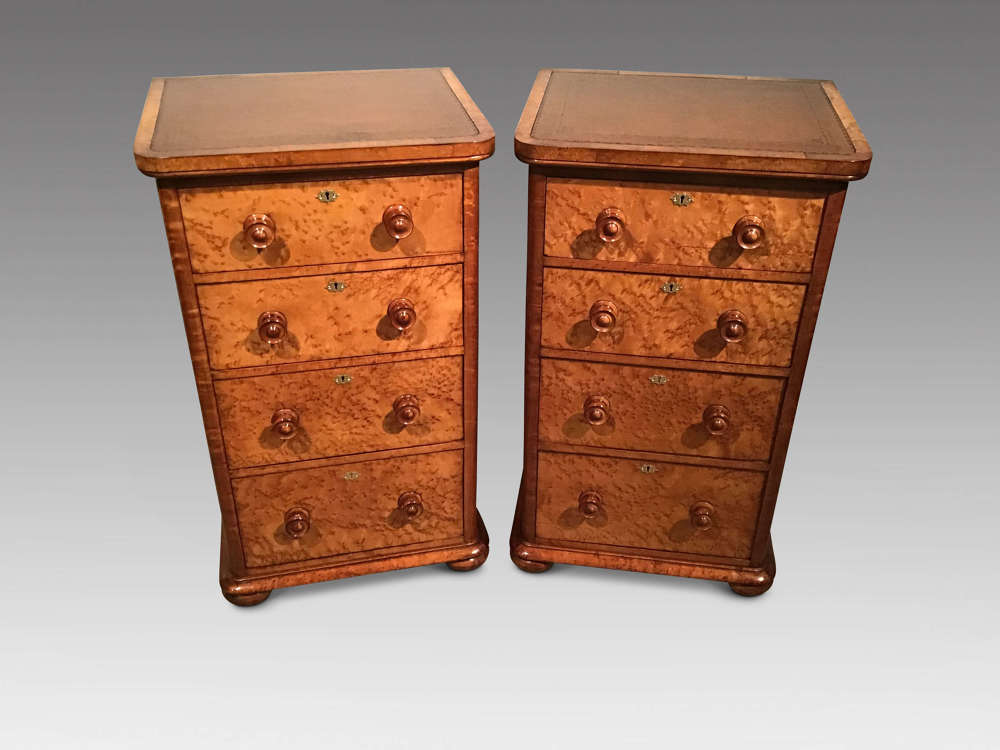 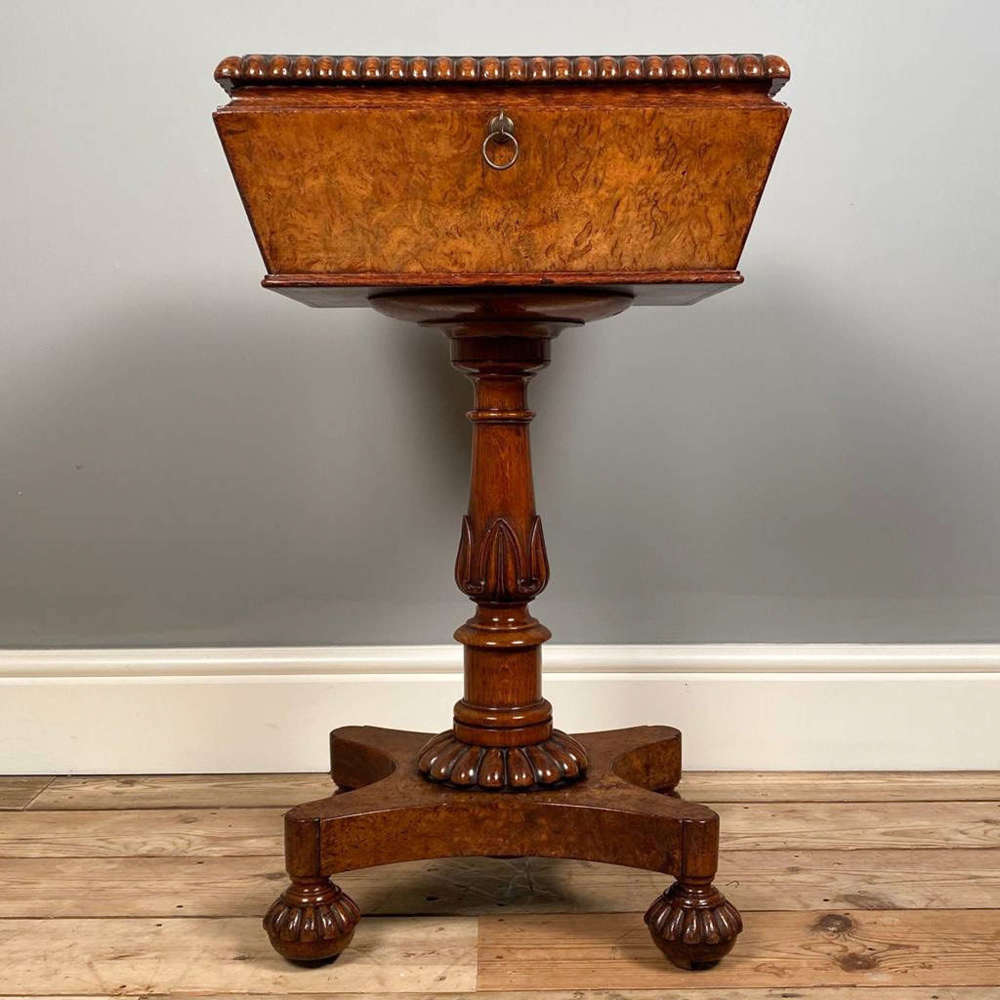