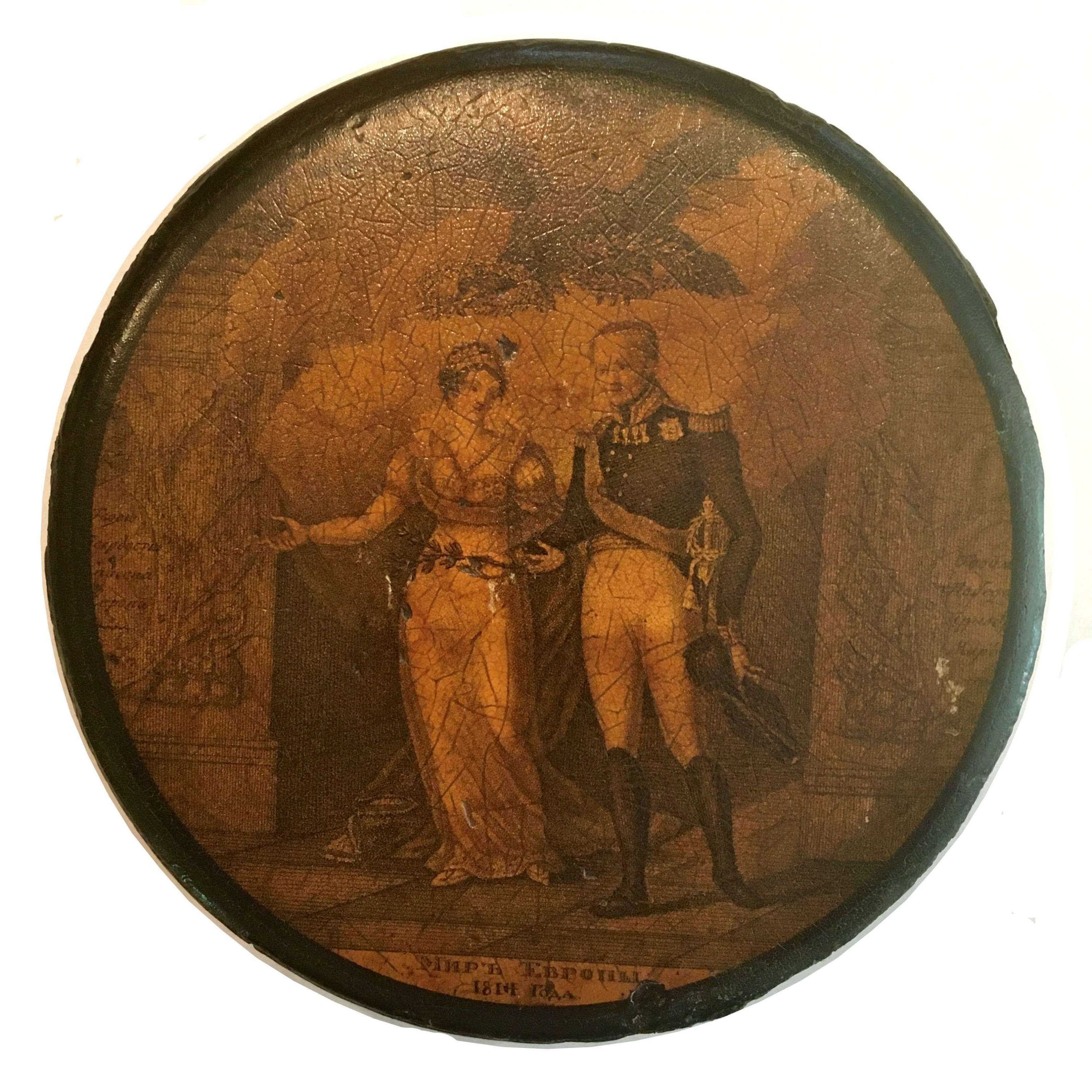 The lacquered papier mâché factory of Peter Ivanovich Korobov (1752-1819) was established at Danilkovo near Moscow in 1796. The Italian engraver Salvatore Cardelli (1773-1840) arrived at St Petersburg in the same year and in due course became the official court engraver to His Imperial Majesty Tsar Alexander I. The lid of this box is decorated with a miniature version of an allegorical print by Salvatore Cardelli entitled the "Peace of Europe". The Russian eagle holds wreaths over the heads of Emperor Alexander I (made from Olive Branches) and his wife Empress Elizabeth Alexeievna (Oak Leaves). Alexander carries a further olive branch and there are two panels with Cyrillic writing either side to which the Empress gesticulates which translate as "Your firmness saved Europe" / "Your victory brought peace" beneath is written "Миръ Европы  1814 Года" ("Peace of Europe" / "The Year 1814"). 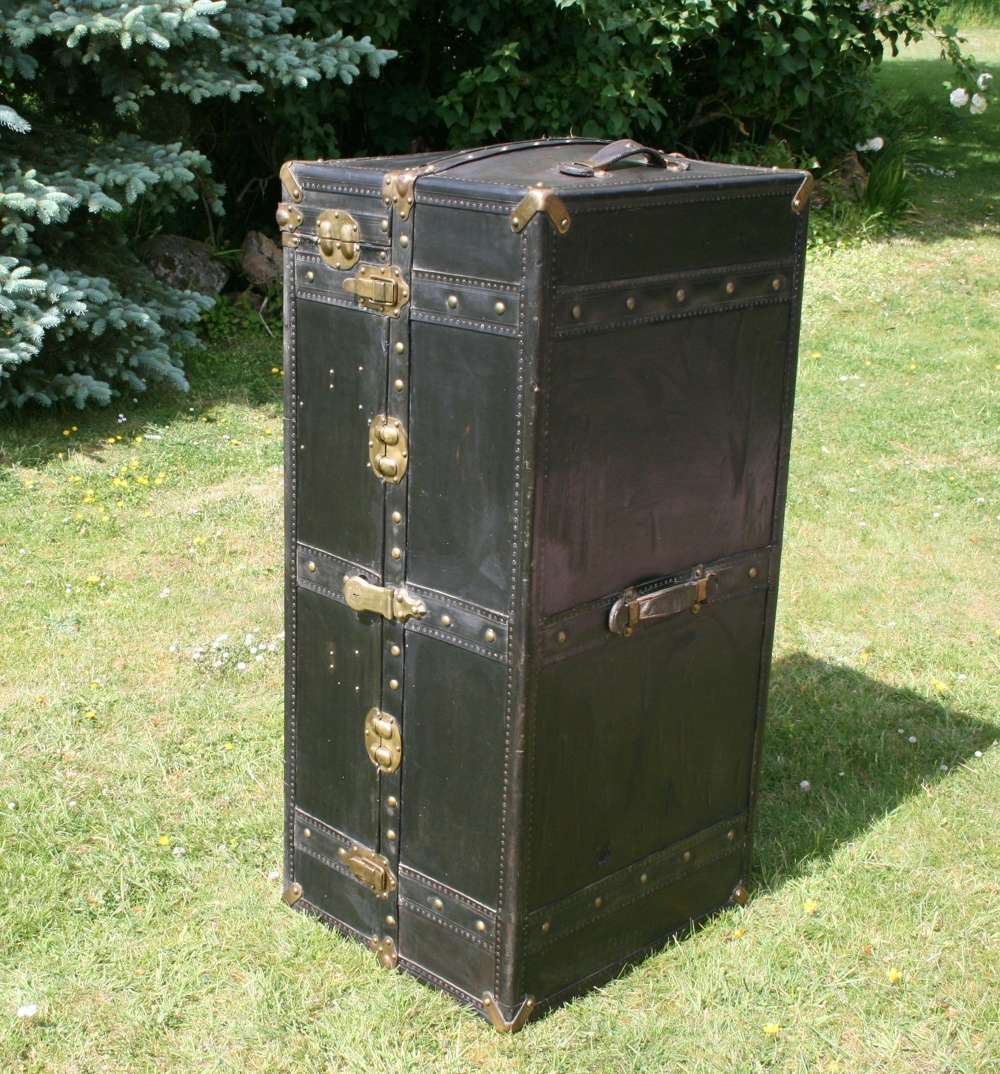 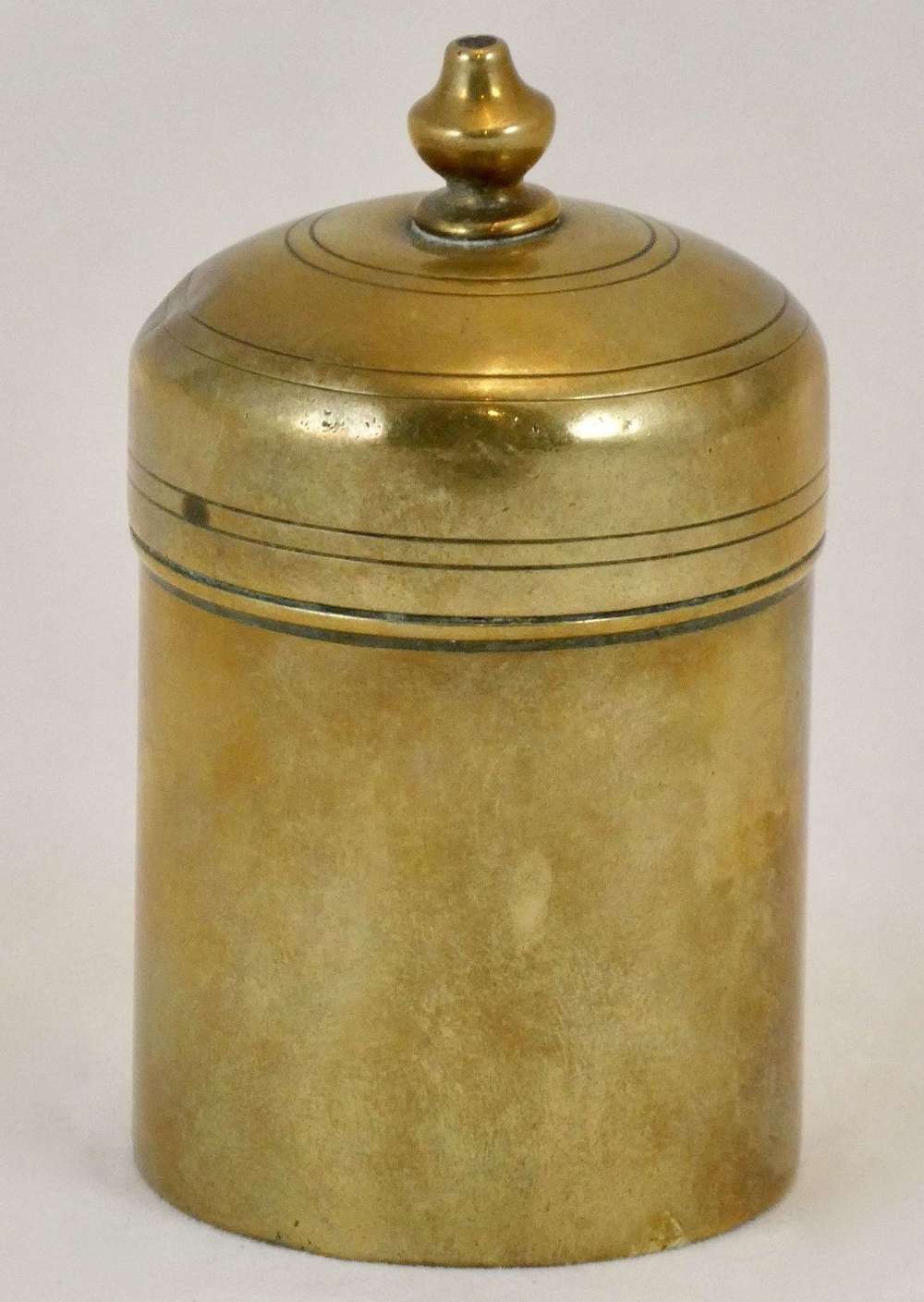 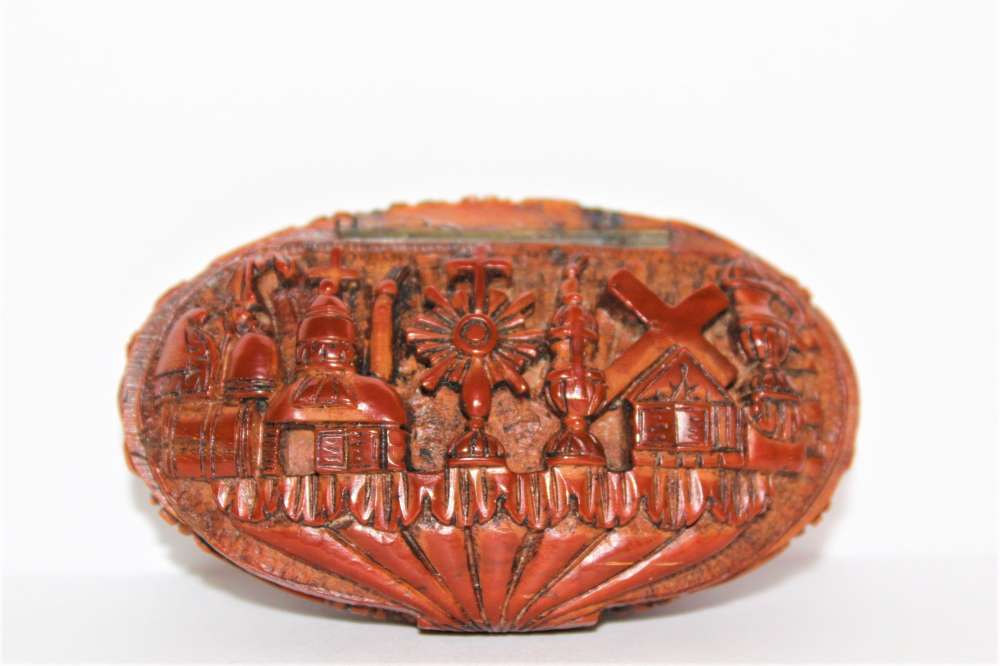 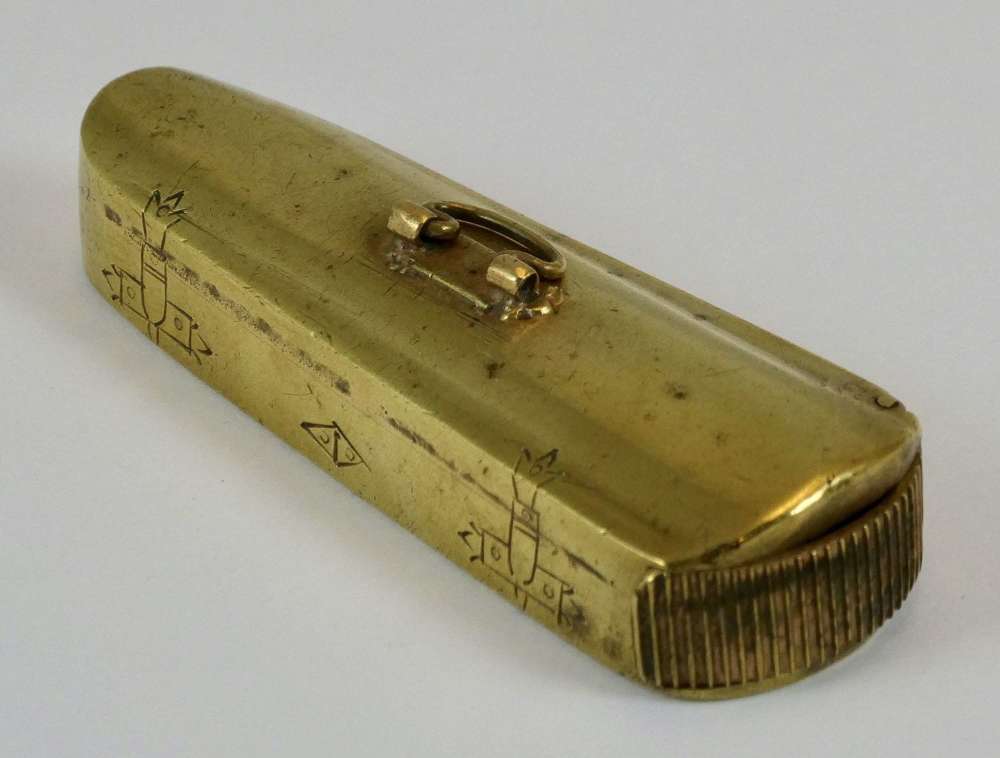 Brass Vesta in the form of a Violin Case