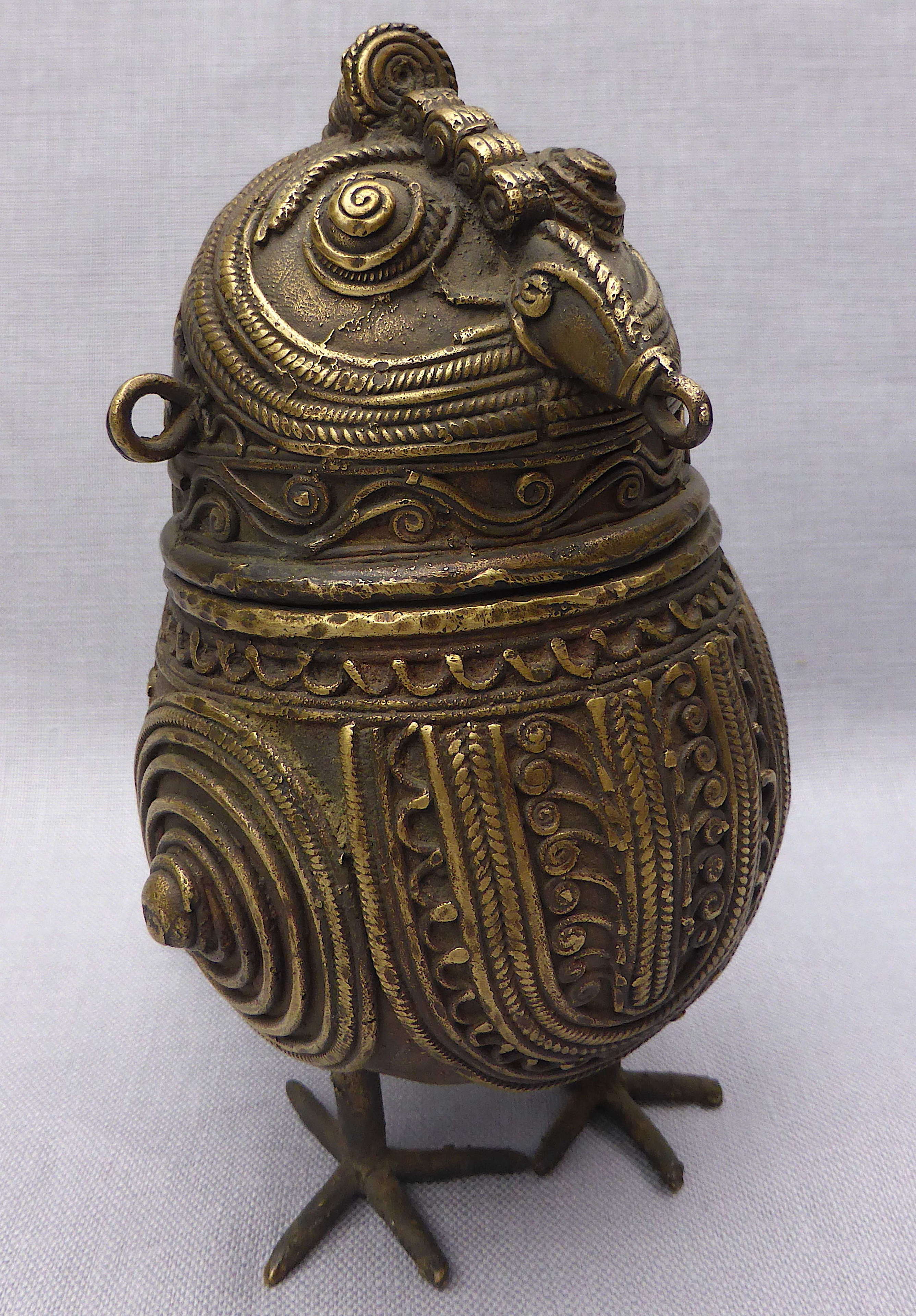 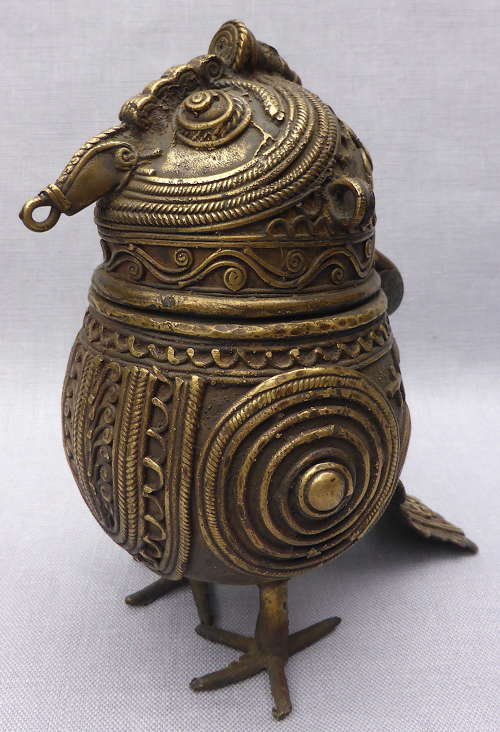 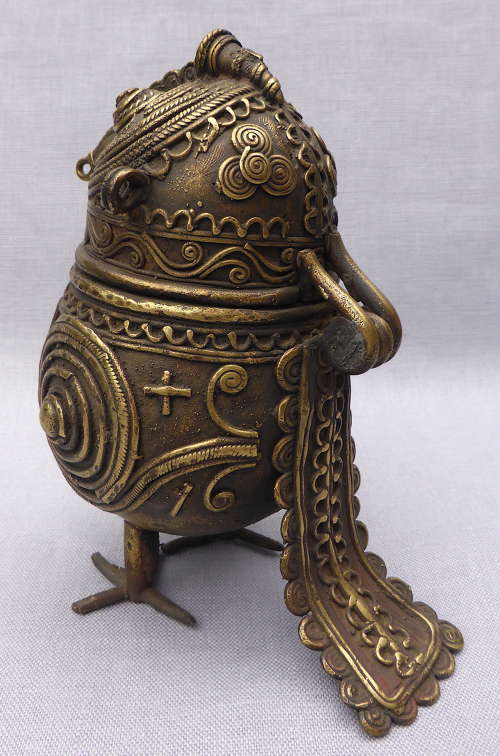 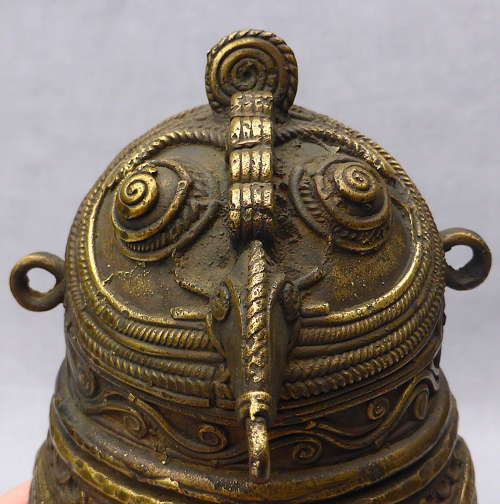 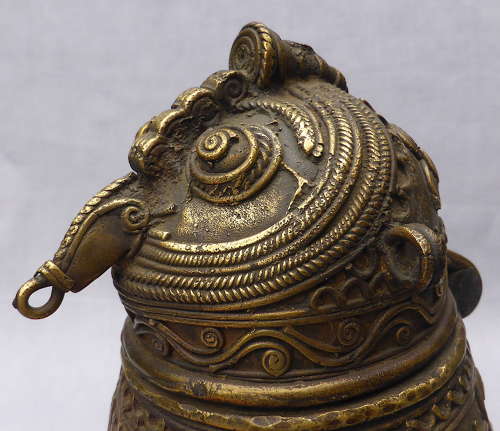 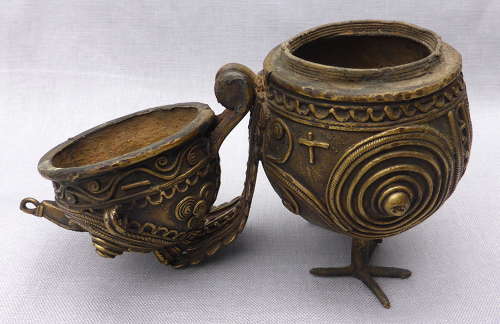 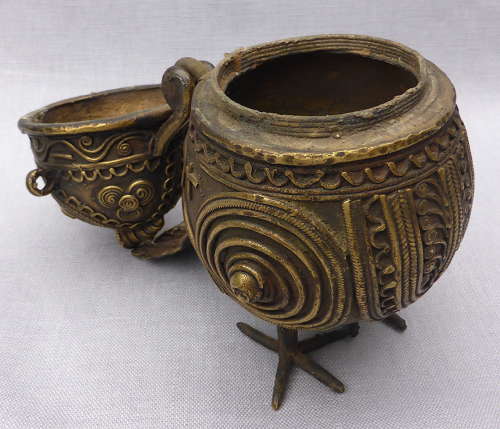 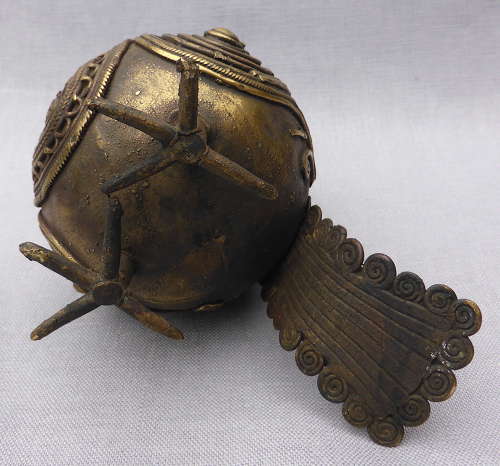 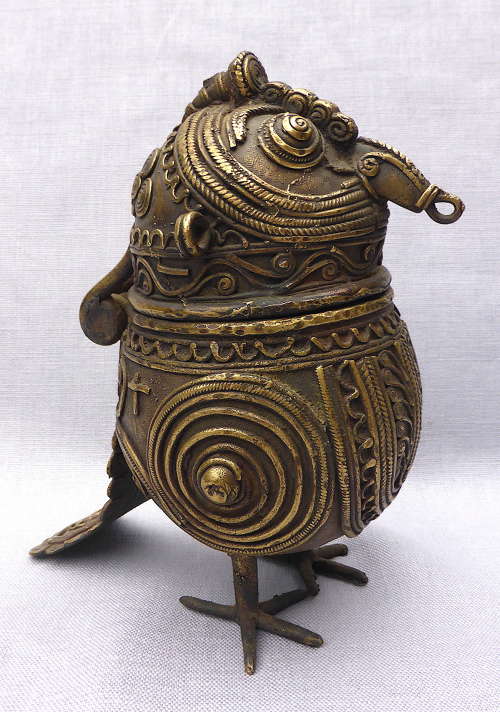 A finely cast example of a Dhokra owl box, made in India in approximately the mid 20th century. It was made by using the lost wax casting technique and has lots of intricately detailed raised patterning to its body. Its face is particularly appealing. The head is hinged at the back. 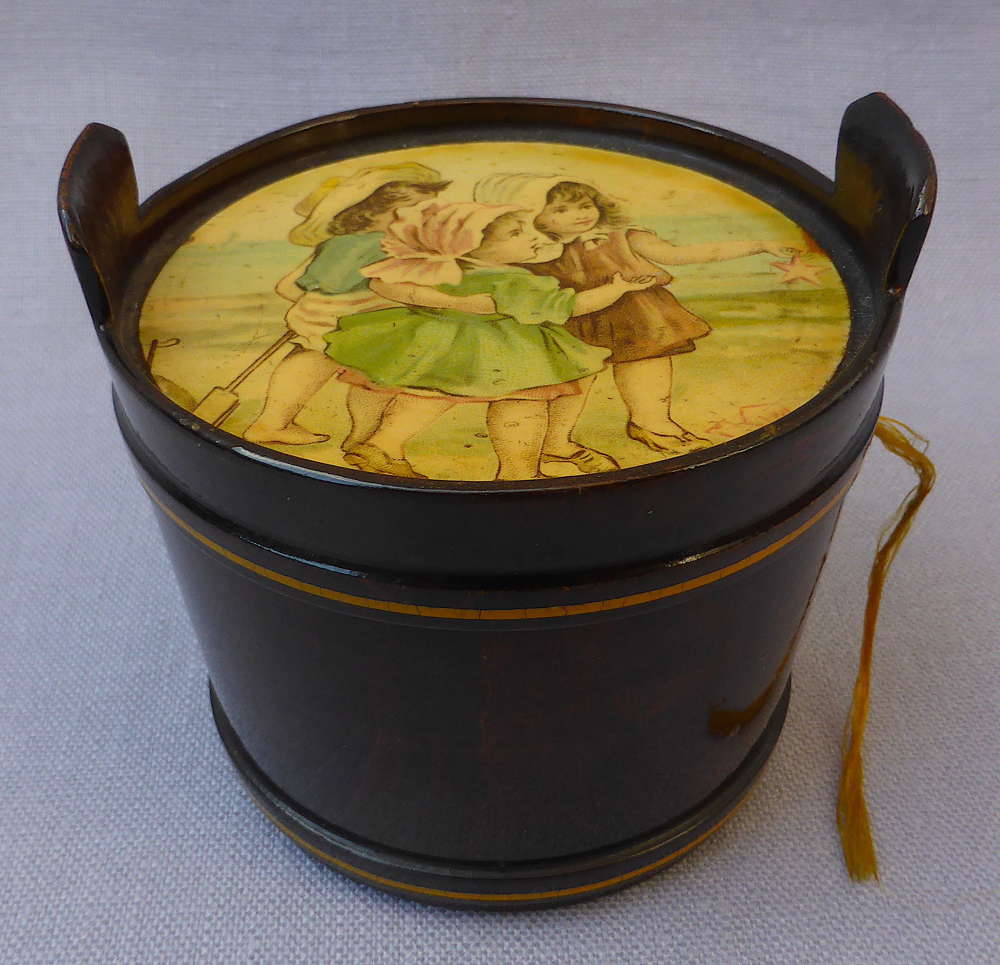 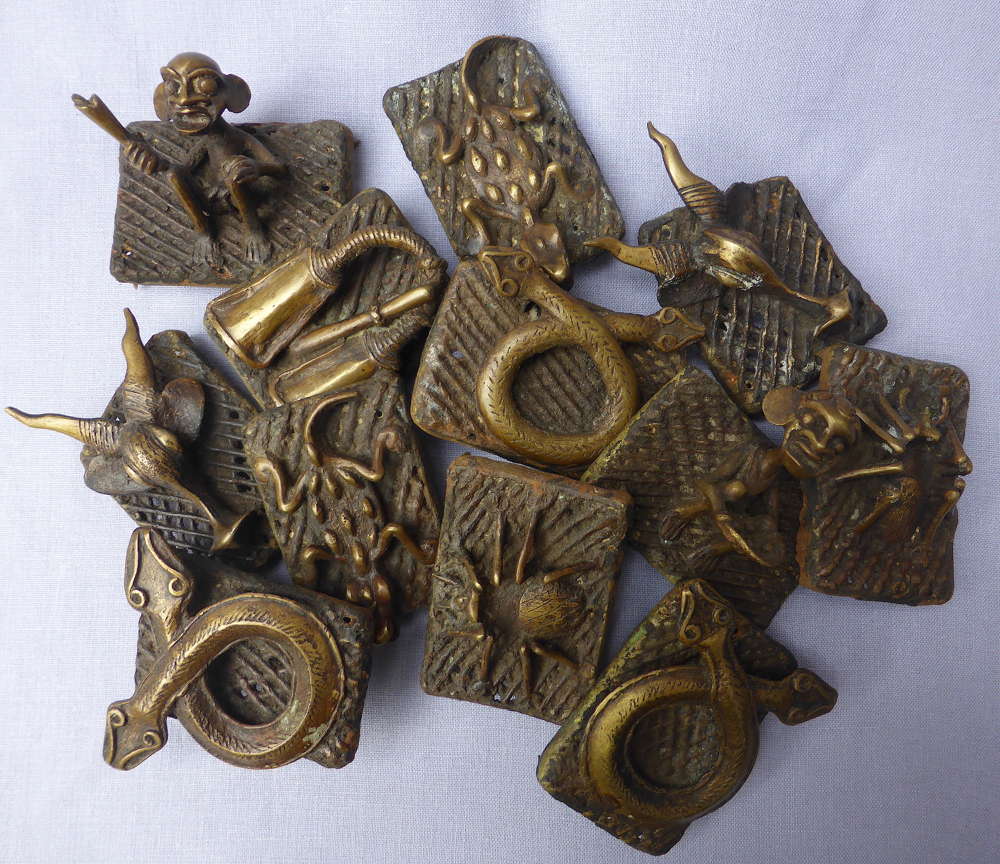 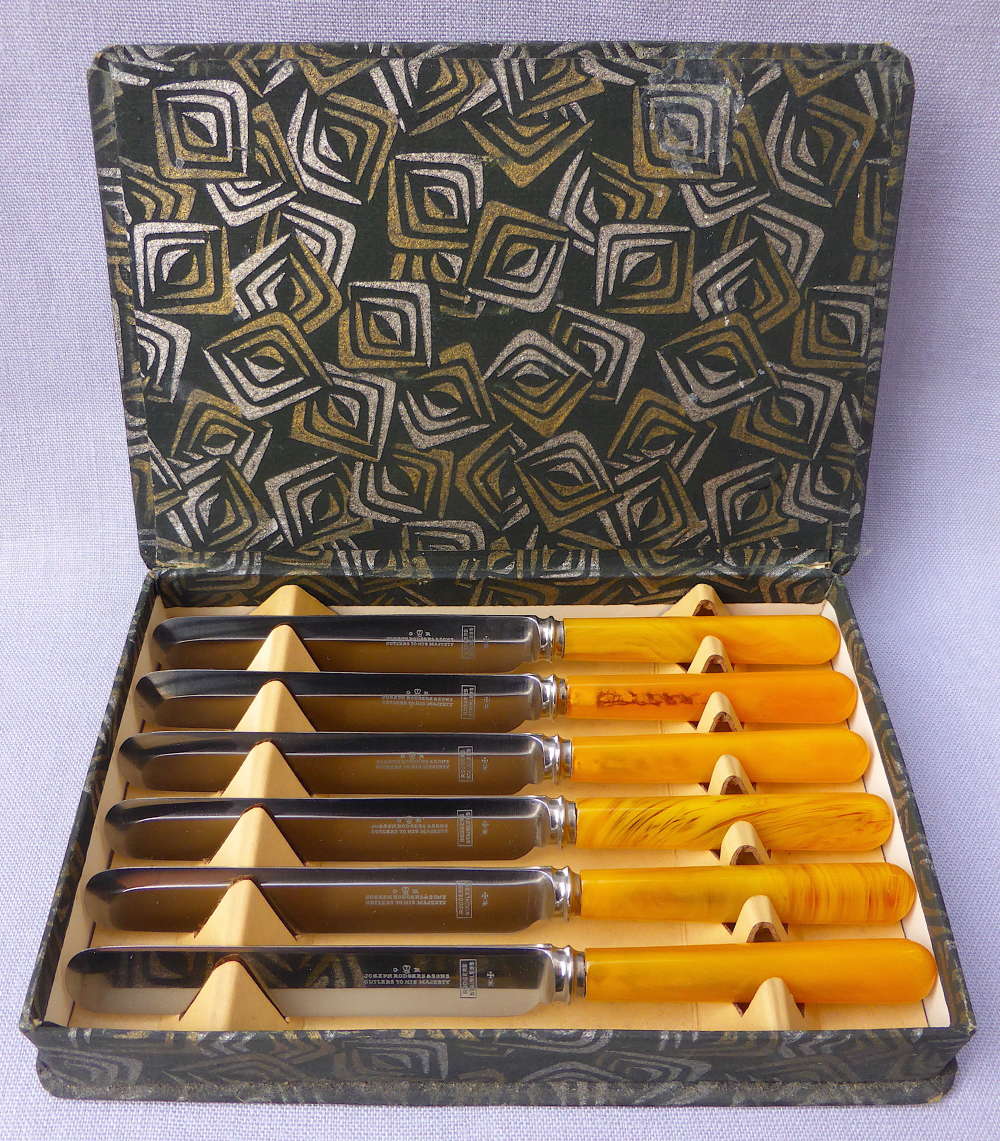 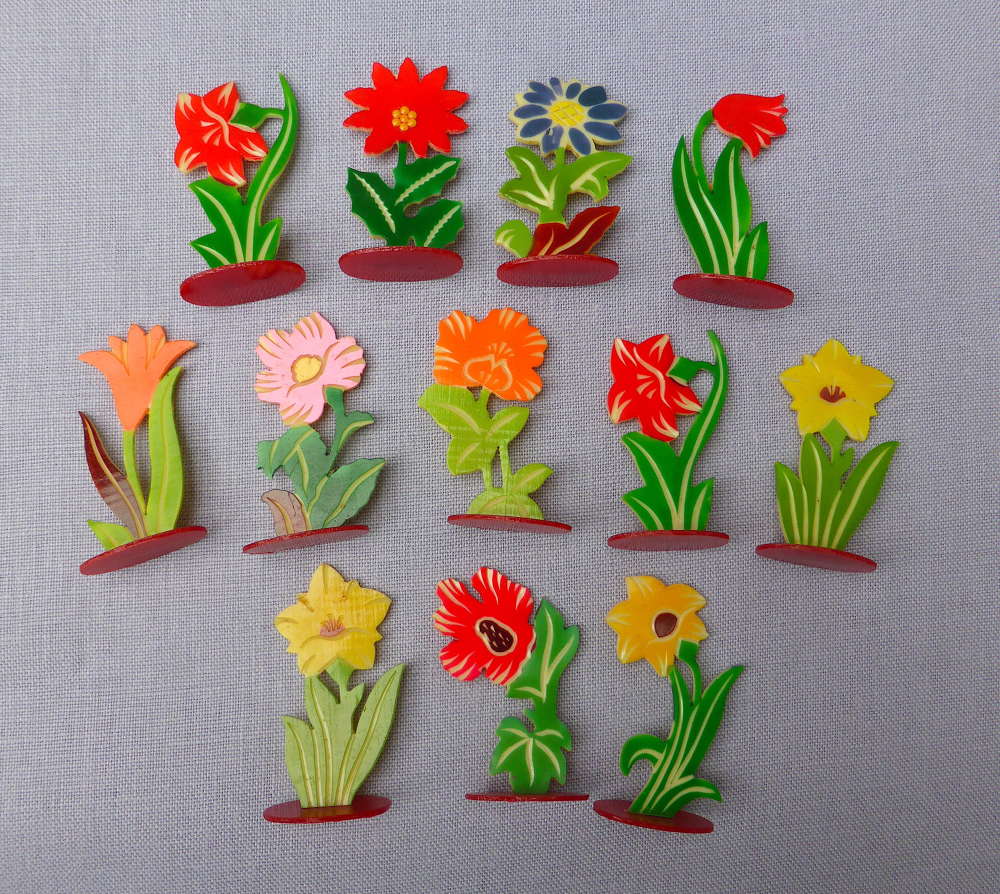 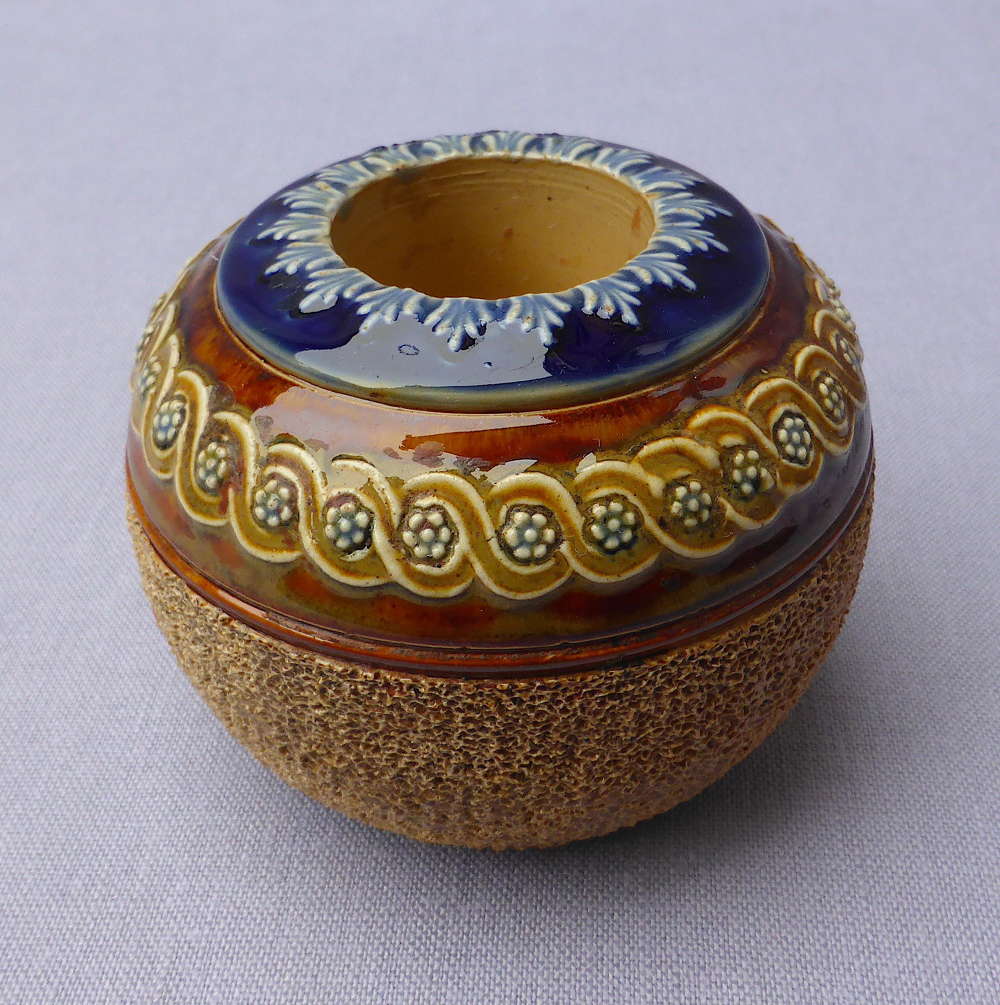