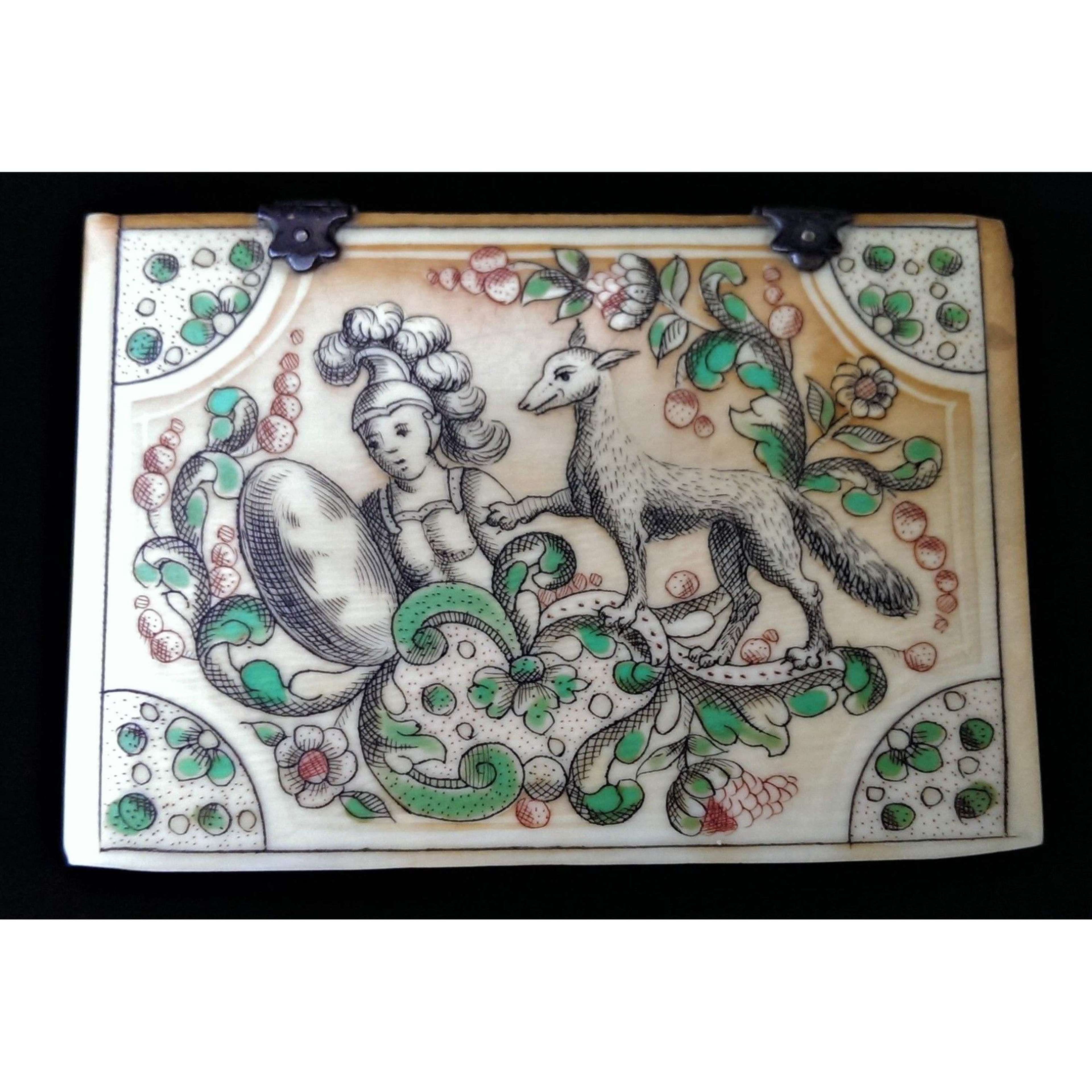 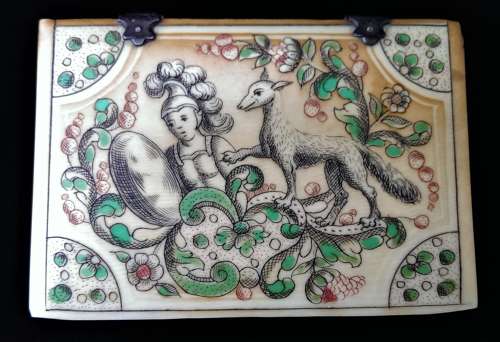 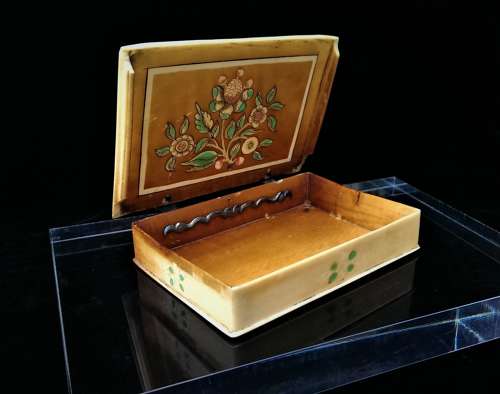 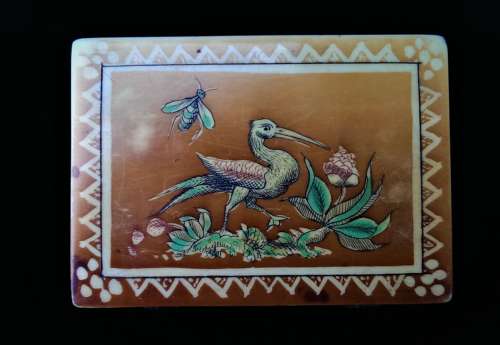 Unsigned but certainly by Mariaval le Jeune Stained ivory with silver hinges French, Circa 1720   Of rectangular form, the hinged lid engraved and stained with a mythological scene of a helmeted warrior with a shield beside a fox within rococo swags and scrolls. The interior of the lid decorated with a floral panel. The underside of the base engraved with a bird and a bee with coloured flowers and leaves. The four sides with floral details. The whole possibly once stained brown to resemble inlayed wood. The silver hinges joined internally with an integral silver swag with a miniature heart shaped motif.   A small number of similar boxes, signed by Mariaval le Jeune  (Mariaval "The Younger"), survive but they are normally associated with the card games of quadrille or réversi and therefore have dials within their lids for keeping the score. This box appears to be a stand-alone counter box for carrying jetons/gaming tokens for other games. Throughout the 18th Century gambling on cards was extremely popular amongst wealthy French aristocrats and rich merchants, who aspired to own luxurious objects worthy of the court at Versailles. As well as snuff boxes another important accessory was a box to contain small gaming counters, often personalized, which stood in for quantities of money (in much the same way as "chips" do in modern casinos).

The boxes signed "Mariaval le Jeune" either indicate that they were made "à Rouen" or "à Paris" (the maker appears to have started out in Rouen but to have moved his atelier to the capital with the success of the business). Mariaval is certainly the most celecrated craftsman in the field of luxury embellished ivory gaming boxes in the first half of the 18th Century, but very little is known about him. He also decorated fans and seems to have benefitted from Royal patronage. A French legal document dated 1727 mentions a certain "Claude-François de Mariaval, engraver to the King" - it seems very likely that the craftsman who engraved the boxes and this "Mariaval" are one-in-the-same. All the boxes carry unique engravings and, although unsigned, this one is undoubtedly by the same hand. Some of the quadrille sets are decorated with rustic lovers (probably representing Astrée and Céladon from Honoré  d'Urfé's highy influential novel L'Astrée). However, the meaning of the mytholigical scenes within some of the engravings is often very obscure. This was probably intentional so that, as well as being highly decorative, the boxes had an additional talking-point with the images being subject to numerous interpretations and therefore forming an additional entertaining diversion. There are probably pictograms, rebuses or courtly French puns worked within the images. Indeed, it may be that Mariaval was so associated with games that he signed items "Mariaval le Jeune" as a pun on "Mariaval le Jeu".

The Victoria & Albert Museum, London, the Fitzwilliam Museum, Cambridge and the Lady Lever Art Gallery, Liverpool own sets of quadrille boxes signed by Mariaval. See also Lot 1 in Christie's sale "Out of the Ordinary: The Discerning and Individual Taste of Christopher Giibs and Harris Lindsay", London, 10 May 2006 [sale number 7306].   This box is 300 years old and of museum quality but will require the necessary permits to comply with current CITES regulations before being shipped to many jurisdictions.
Dimensions
W: 8.5cm  (3.3")H: 1.8cm  (0.7")D: 5.8cm  (2.3")
Code
10083
Period
18th Century, Unknown 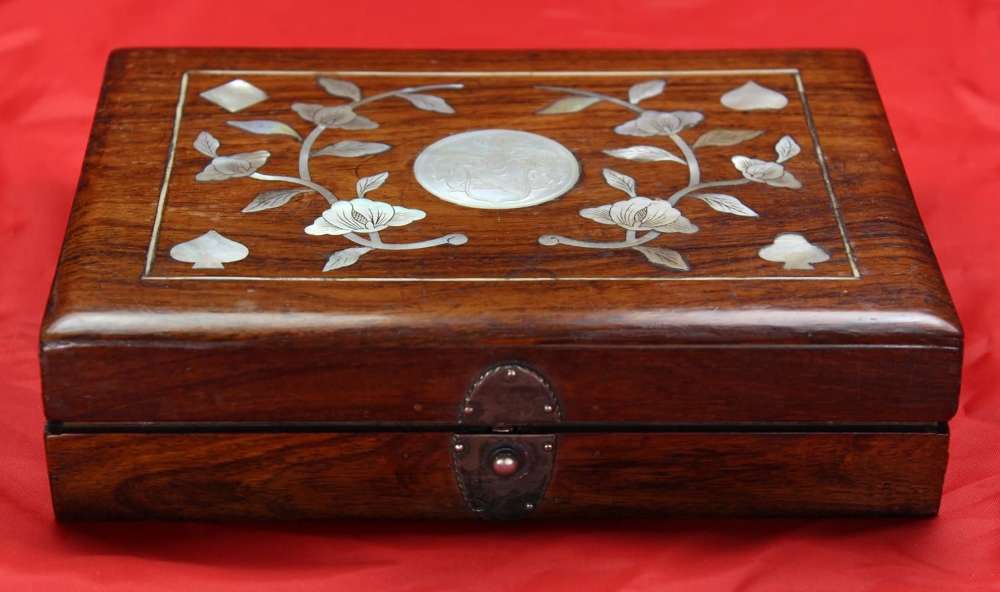 Wood and m-o-p armorial box and counters for STEWART 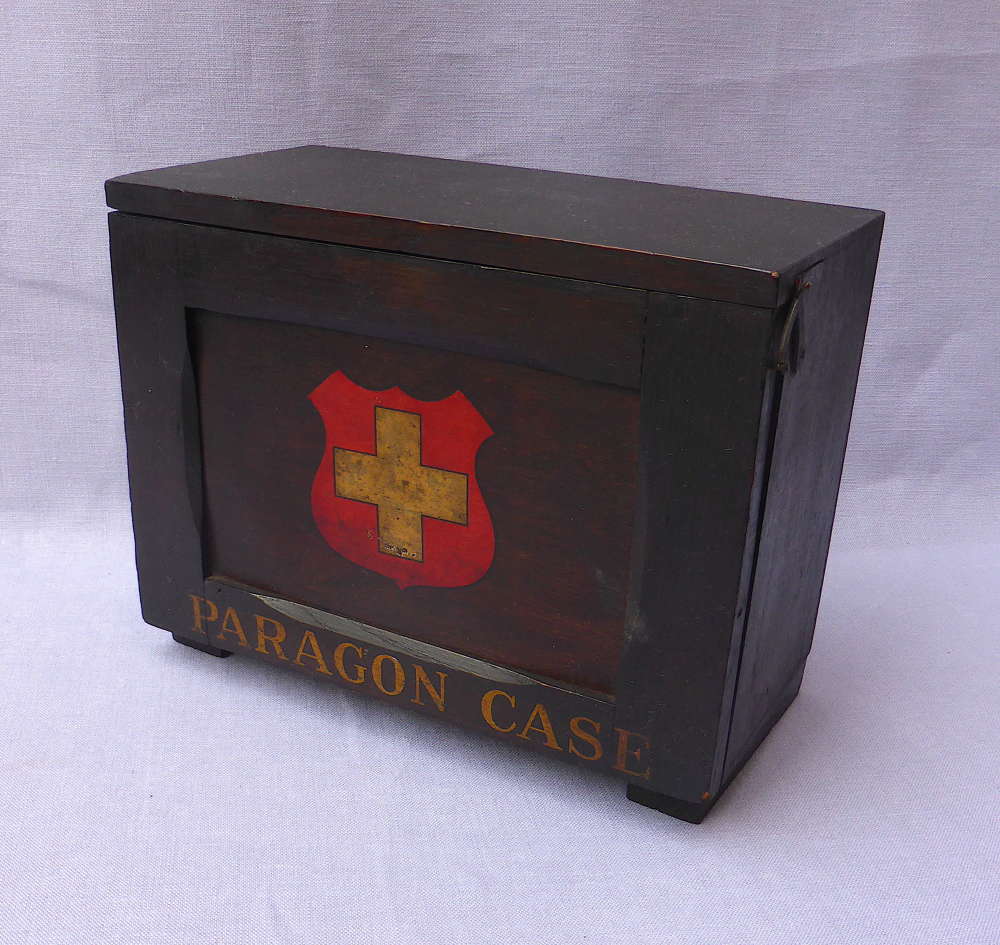 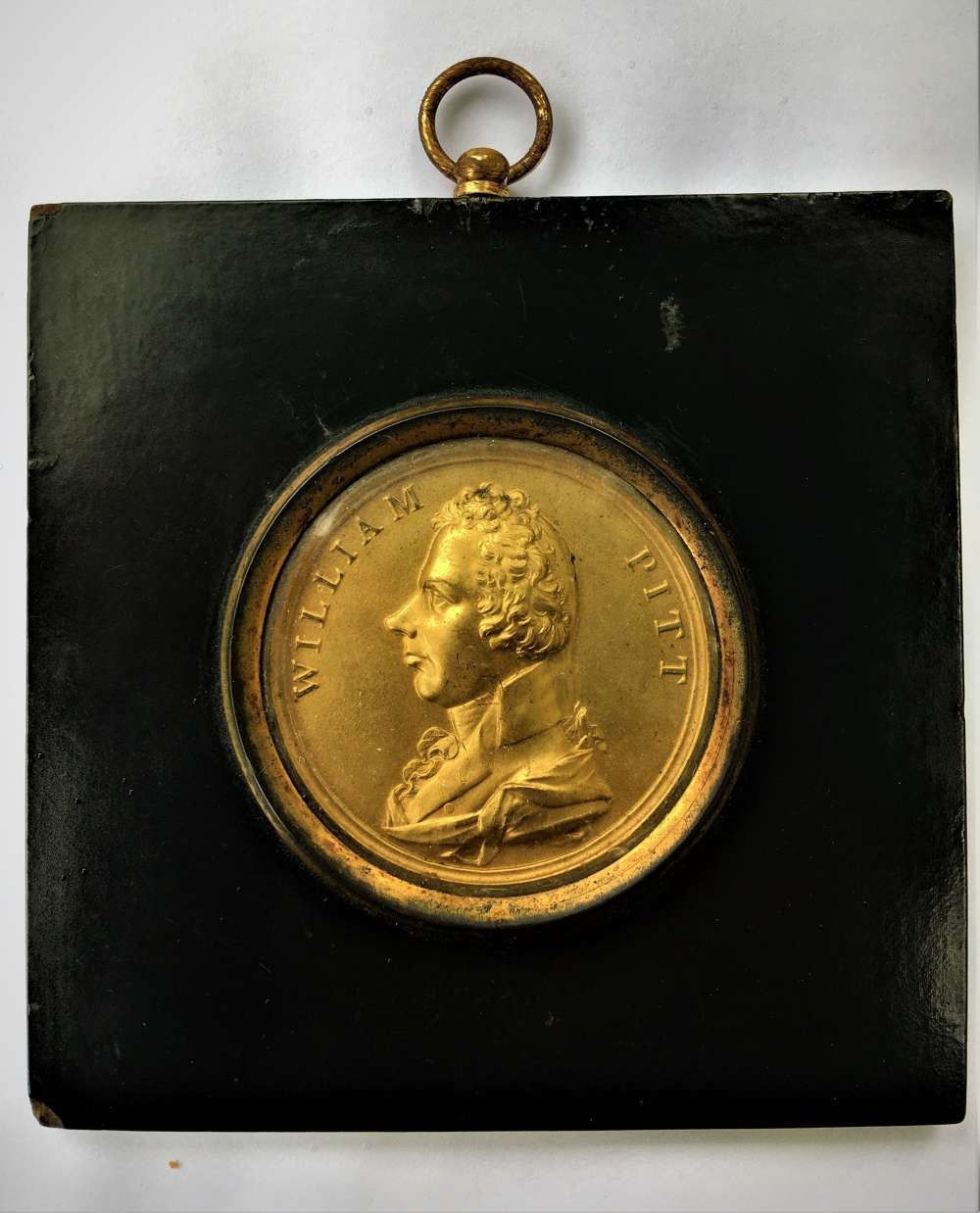 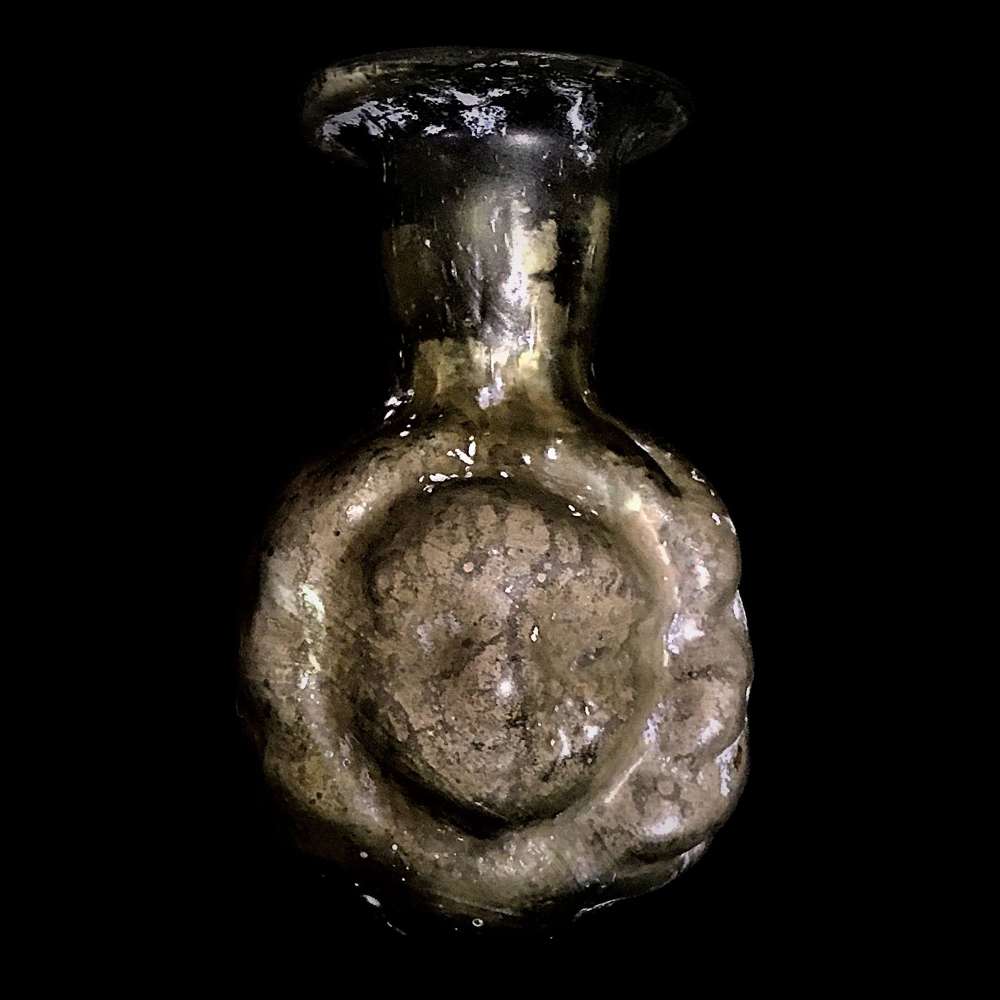 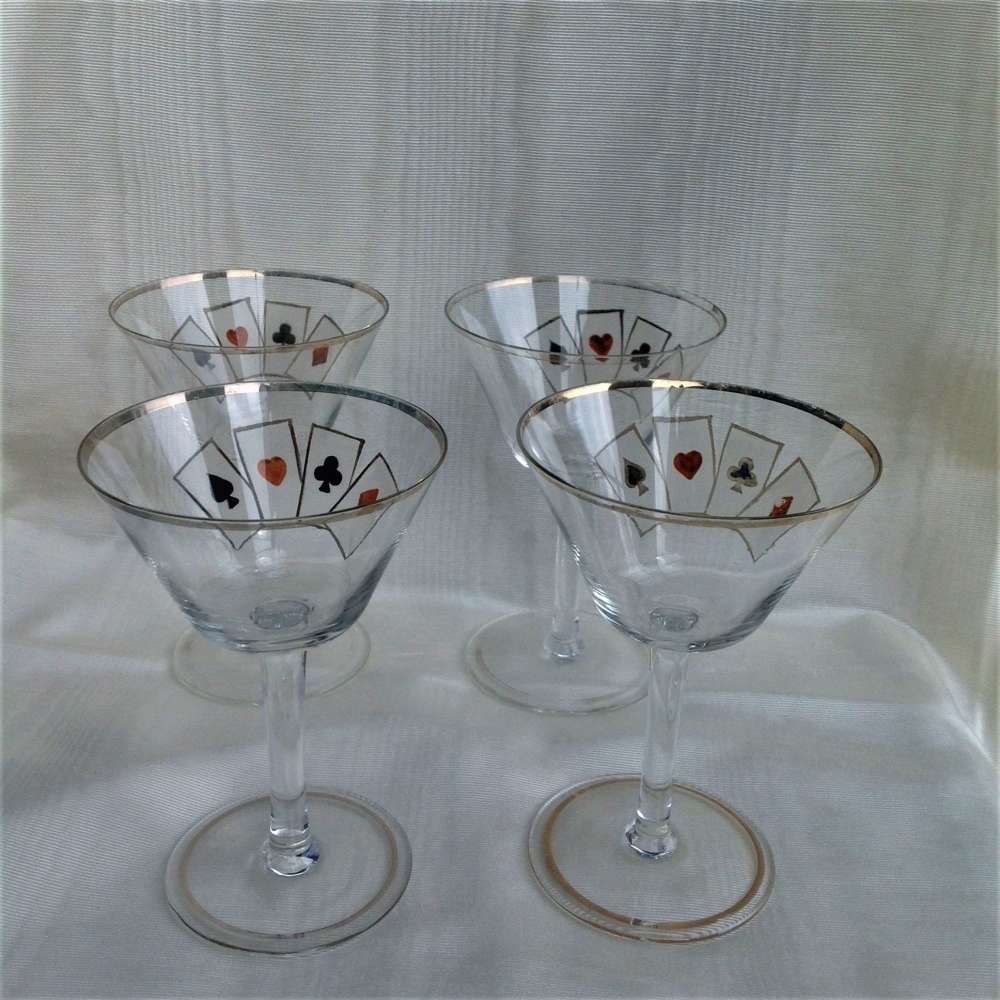 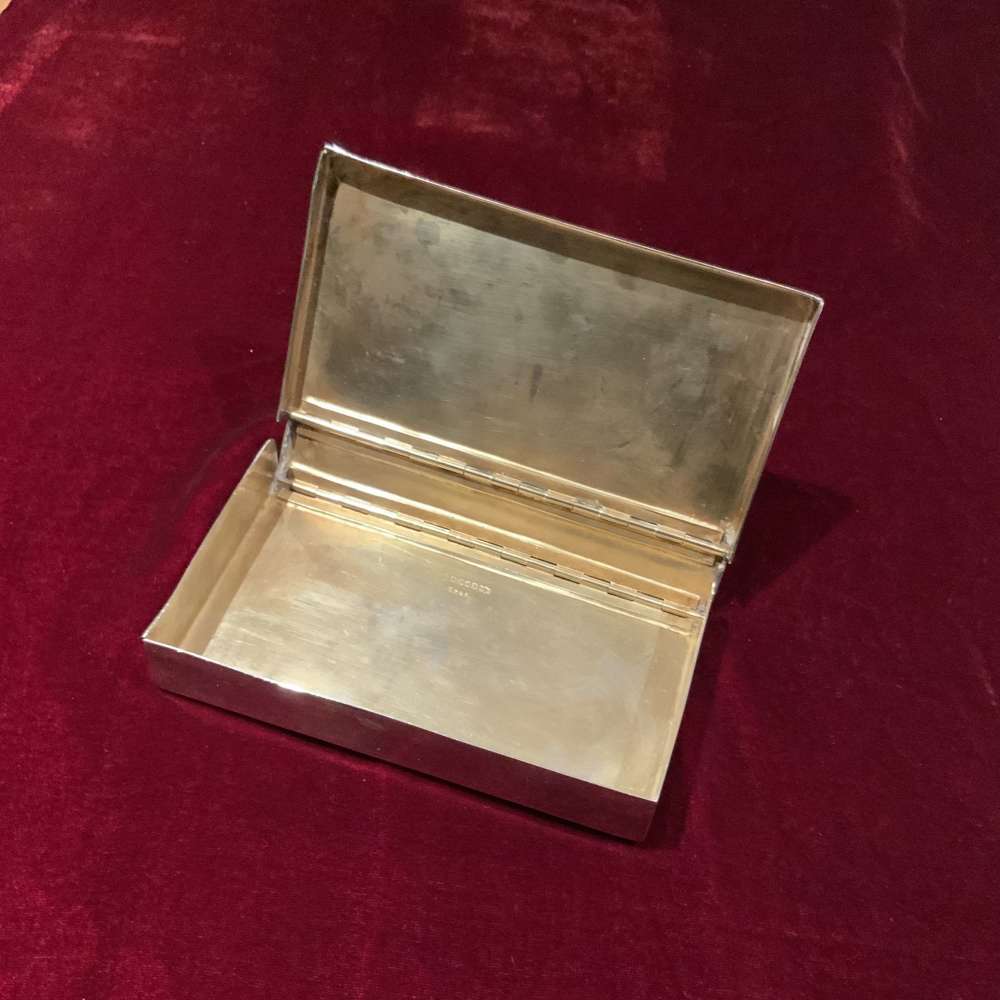