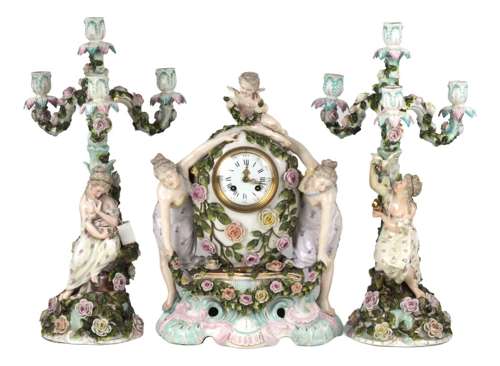 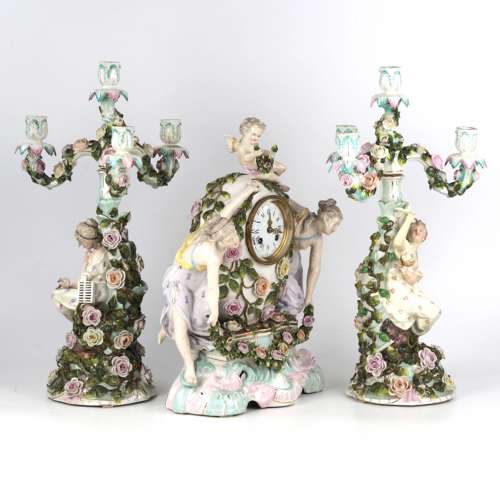 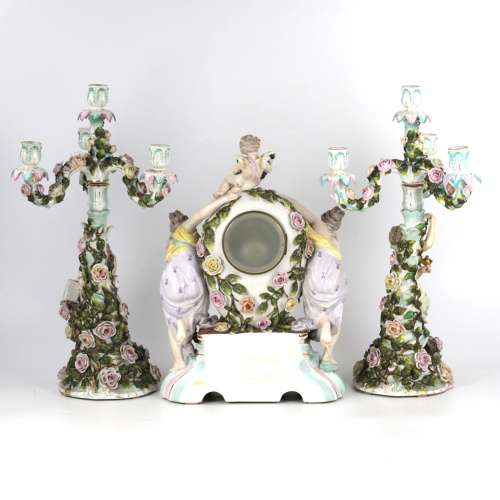 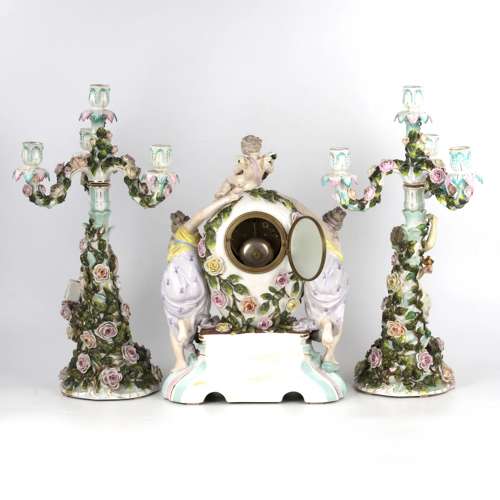 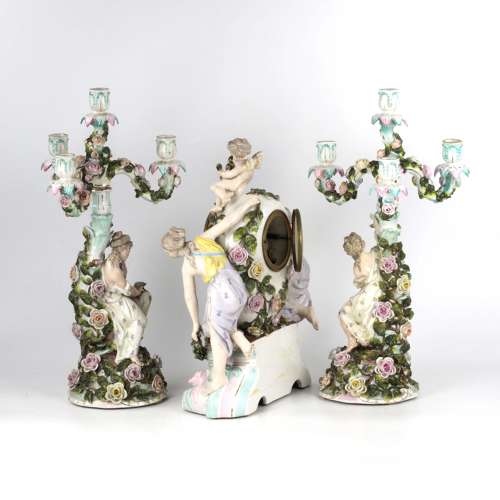 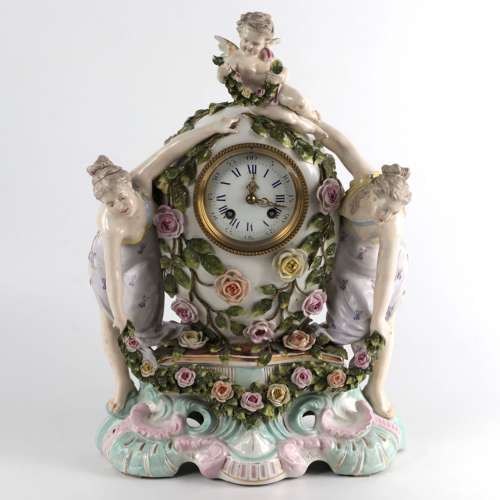 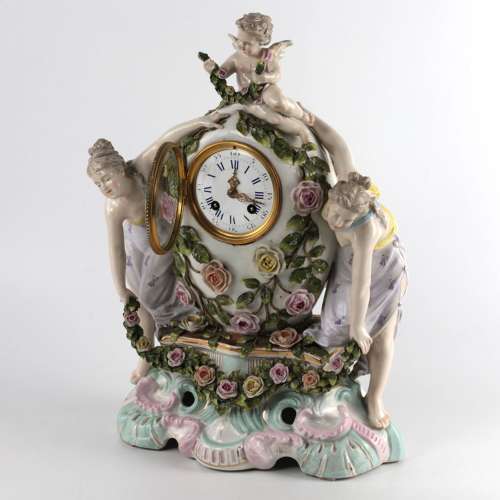 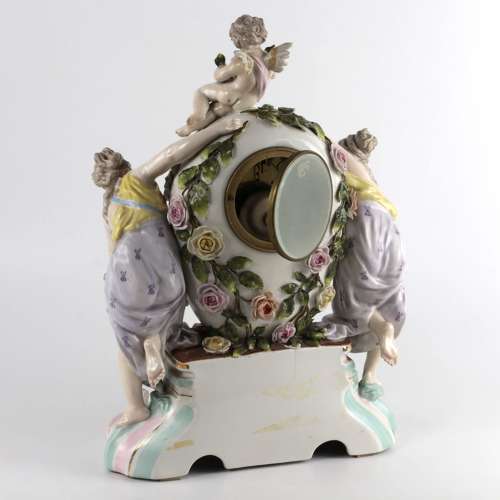 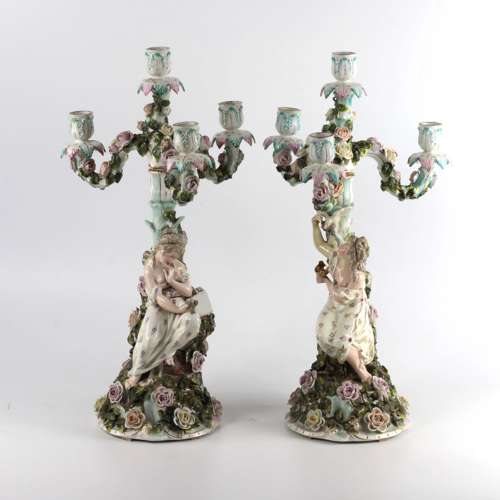 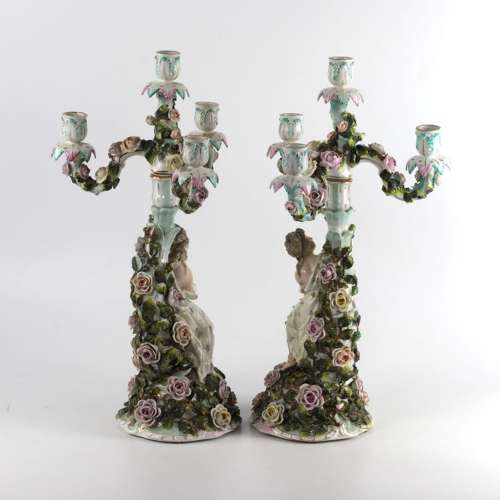 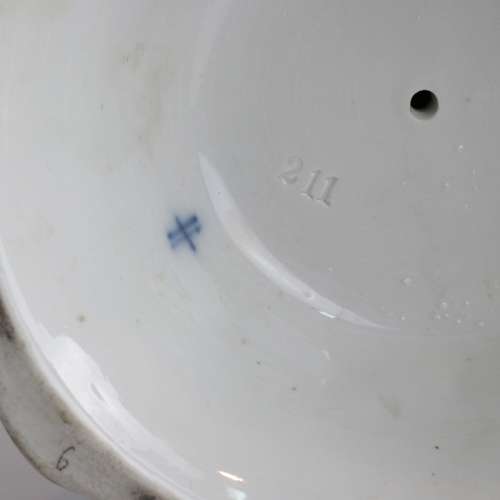 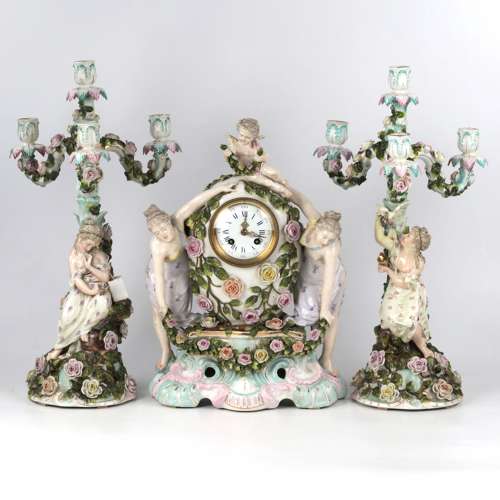 Porcelain Watch Set with Candelabras from Sitzendorf, 1880, Set of 3

Porcelain watch set with candelabra. Sitzendorf. Germany. 1880 Watch size: 43 x 31 x 15 cm; Candelabra - 51 x 30 cm. Consists of a table clock and two candelabra with four arms. Made by hand in a round shape and completely covered with 3D decorative flowers. The clock stands on a baroque base made up of rock ridges on which we see two female figures dressed in tunics with garlands of flowers. Movement in gold metal edging, with black Roman numerals on a white background and openwork baroque hands, also made in gilding. The clock is crowned with a circular winged putti, also holding a patterned garland of flowers. The two chandeliers have a similar design, with a flower-covered base on which are the figures of women, also wearing a tunic. One of them looks down, with a bird in her right hand. The other, on the other hand, looks up and strokes the feathers of the white macaw, which she drinks from a golden bowl. less

Other items in Antique Candlesticks

View all in Antique Candlesticks

Cup with Saucer and Dessert Plate from Meissen, Set of 3