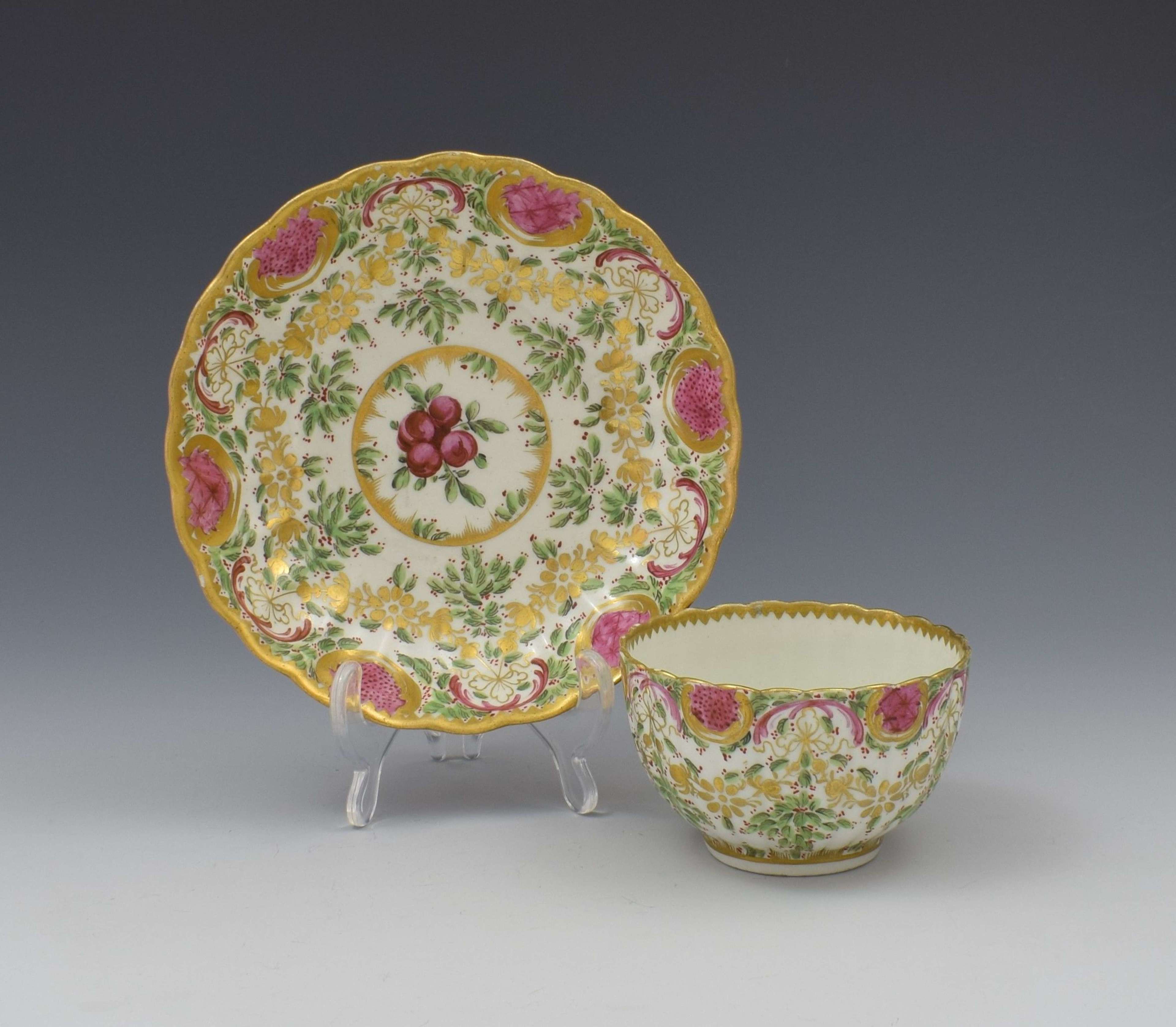 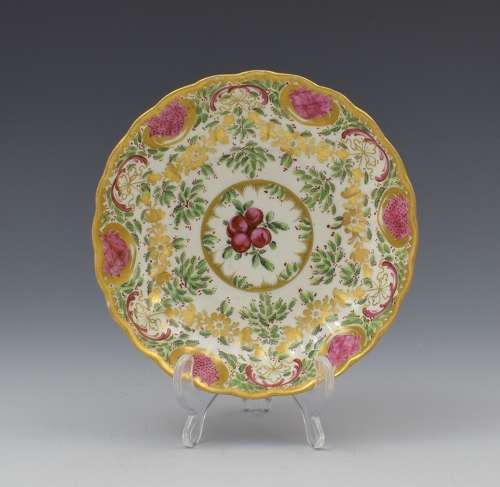 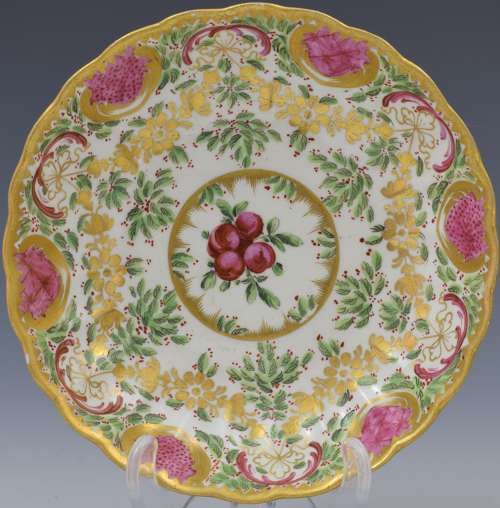 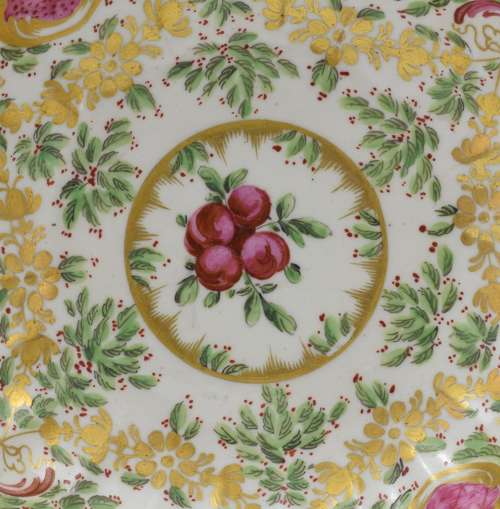 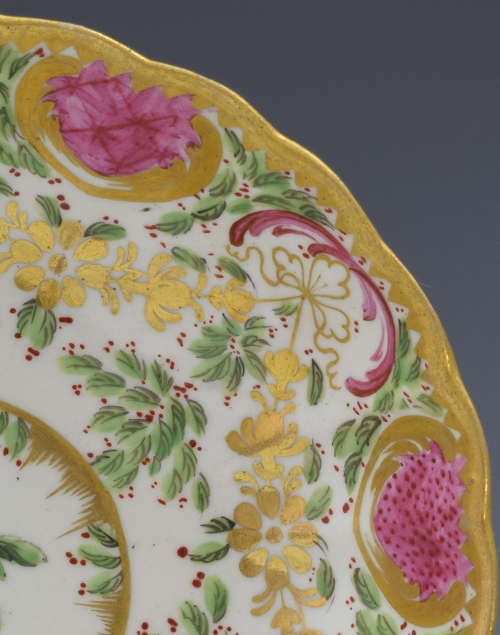 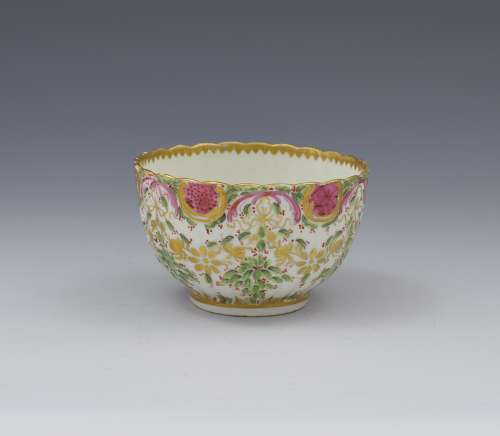 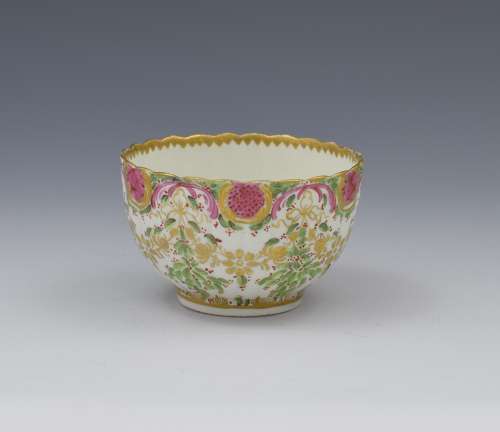 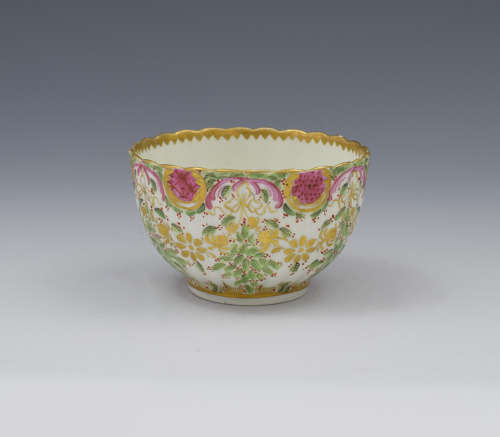 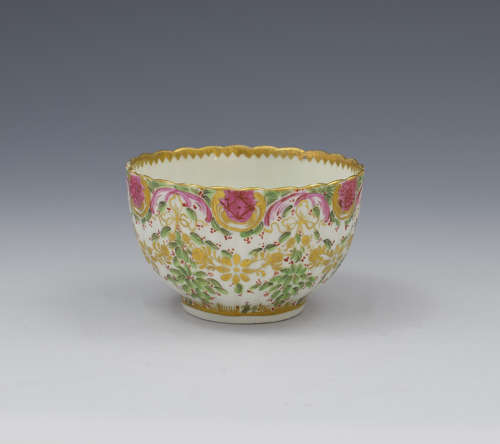 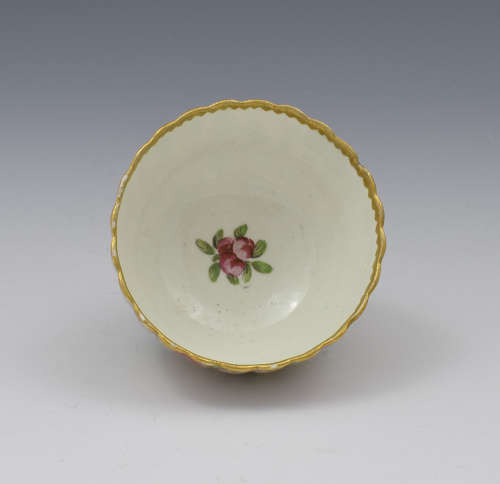 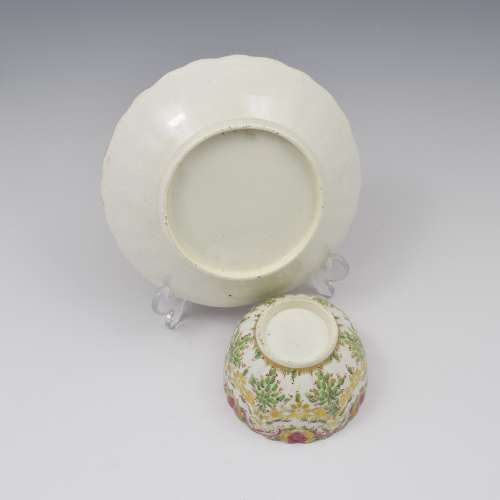 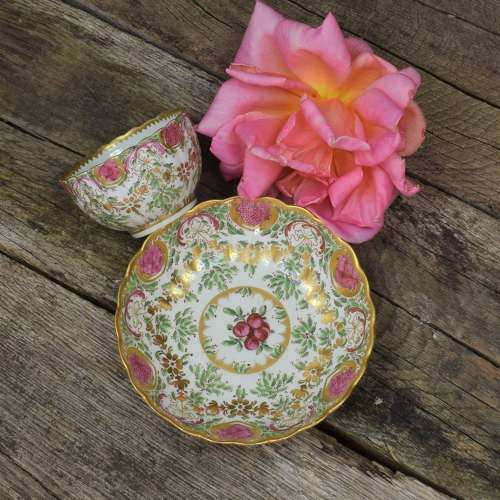 An unusual late 18th century Worcester porcelain fluted tea bowl and saucer decorated in the Sevres style c.1775-78. The pattern is intriguing as it is very similar to the Earl Manvers pattern which is only found on dessert wares, and shares some identical features, notably the alternating reserves at the rim borders of puce diaper and speckled patterns and the central painted arrangement of red fruit, replicated inside the base of the tea bowl.

Under the Earl Manvers section of “Worcester Porcelain 1751-1790, The Zorensky Collection” by Spero and Sandon, it is noted that whilst that pattern is exclusively found on dessert wares, a related pattern is described, and illustrated subsequently, that is found on tea wares (and dessert wares) where the external border of puce diaper and speckled reserves is changed for an internal border of puce herringbone. A rotating S shaped double scroll design in purple enamel on the Earl Manvers pattern is replicated on the tea ware design mentioned but is then in gilt. (Reference: pages 297 and 298, plates 364, 365 and 366).

This design is less closely related to that found on these tea wares than on the Earl Manvers pattern itself and is clearly part of the loosely gathered group of “hop” designs of the period. Additional features are gilt swagged garlands running midway around the body of the pieces and some gilt bows hanging from puce arcs set between the border reserves. The set is unmarked.

A cup and saucer in this exact pattern is illustrated in Coloured Worcester Porcelain Of The First Period by Marshall set amongst a selection of other “hop” style and “hop trellis” patterns, plate 18, No. 324.

Condition is excellent with no damage or restoration and very little surface wear, just a little loss of the gilding on some of the high points on the rims in a few places. 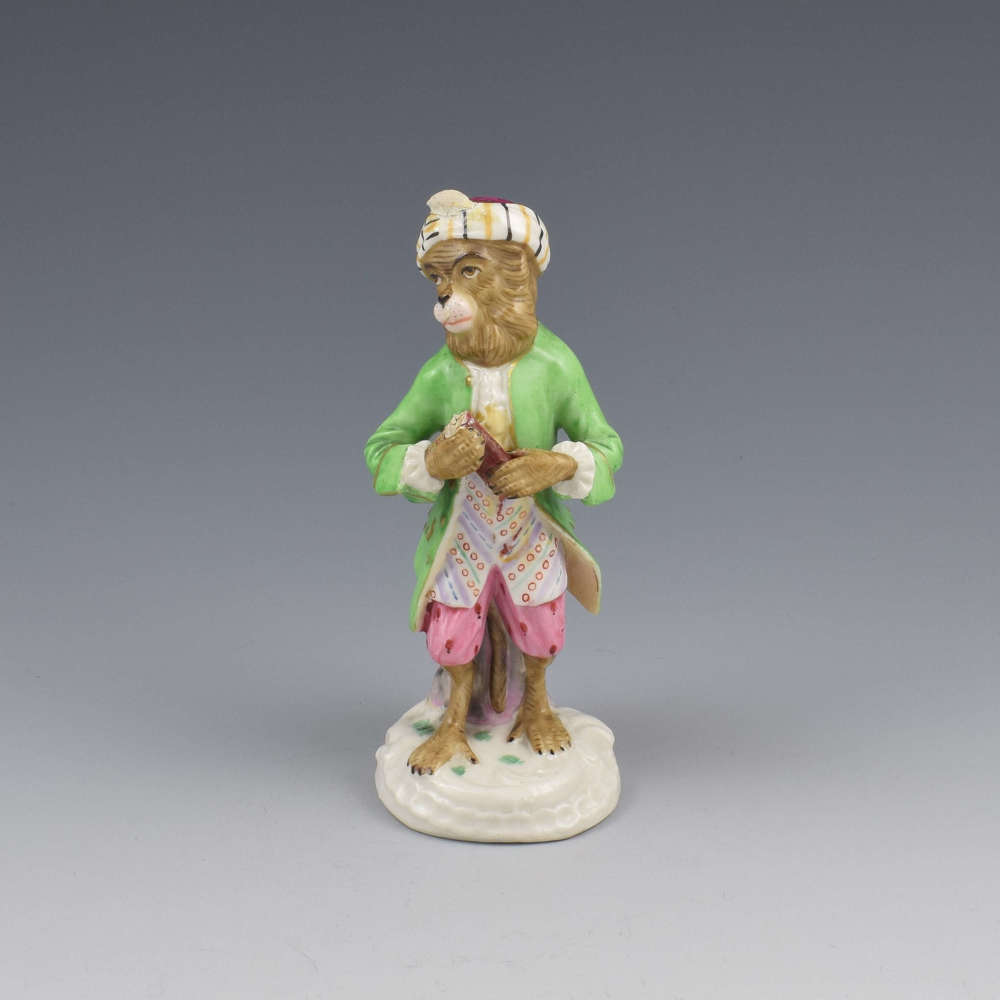