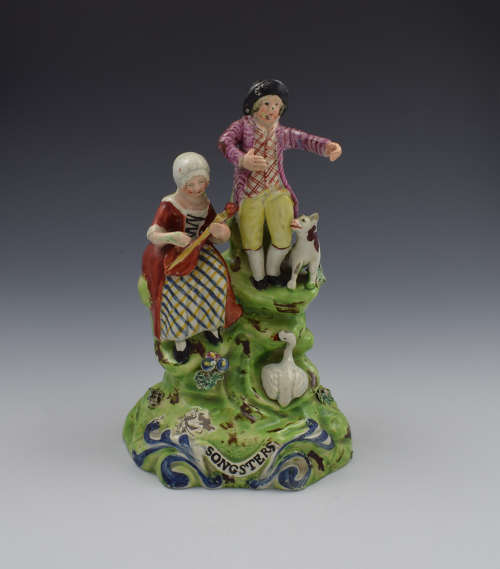 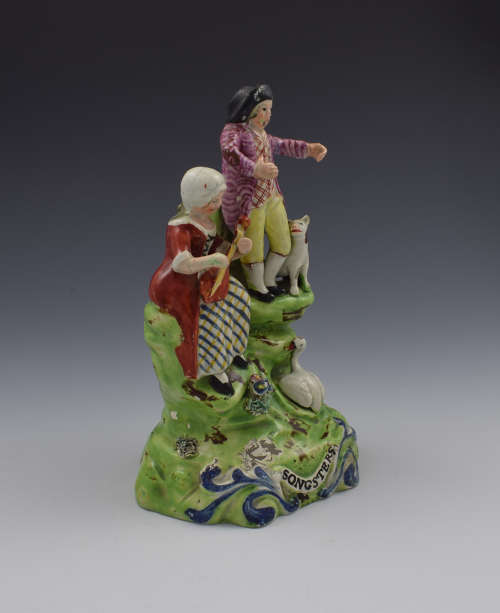 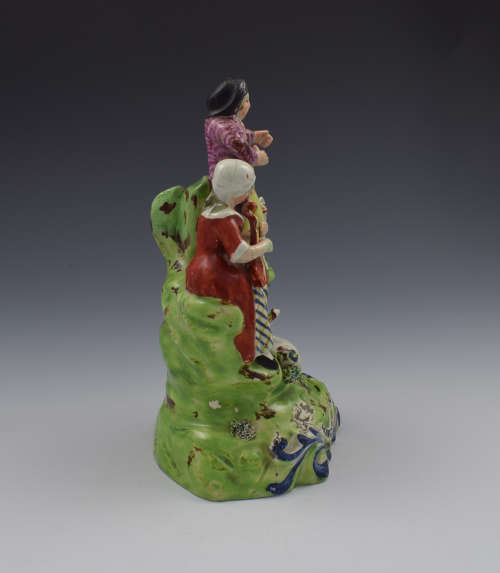 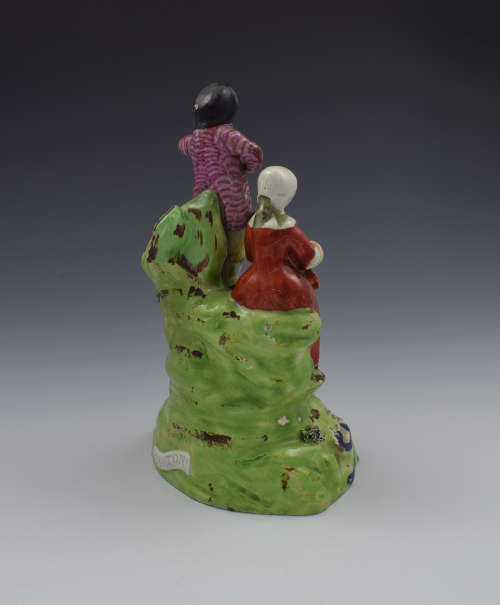 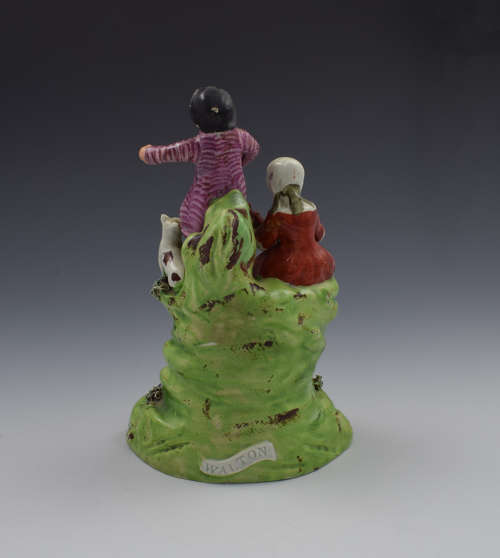 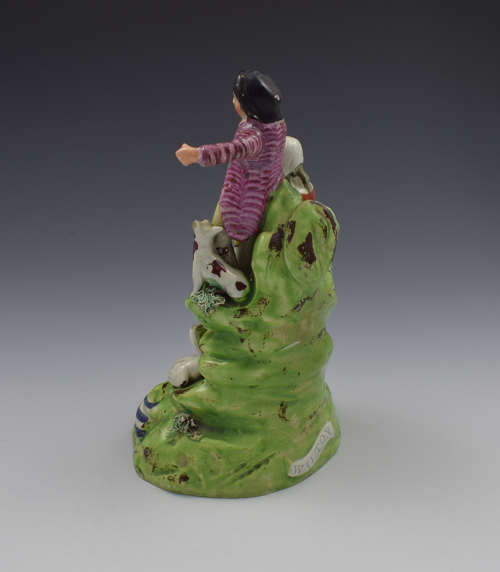 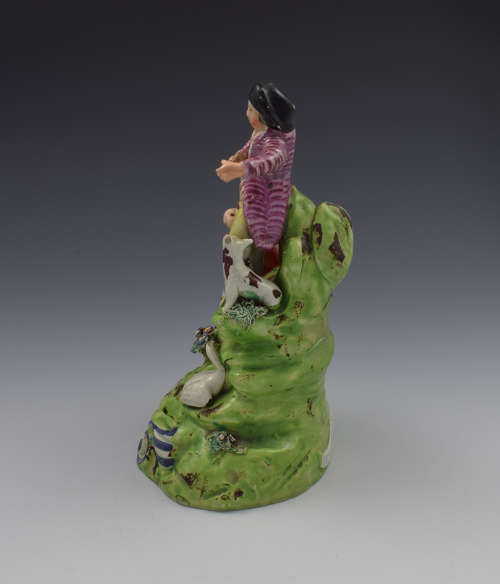 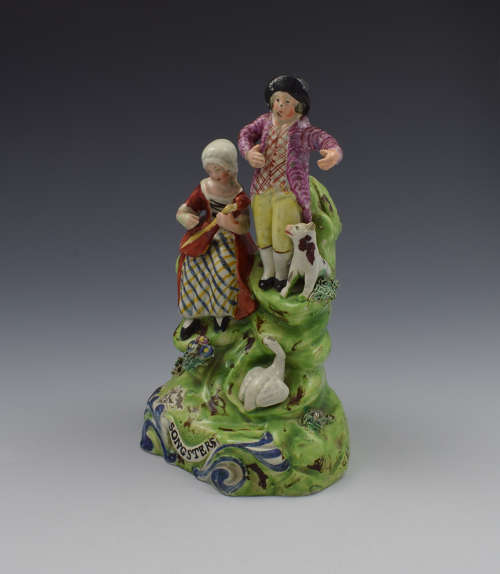 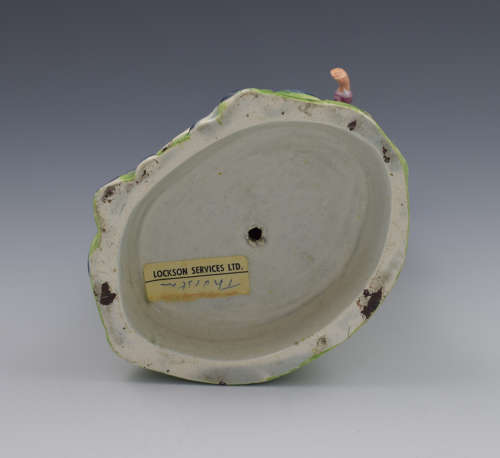 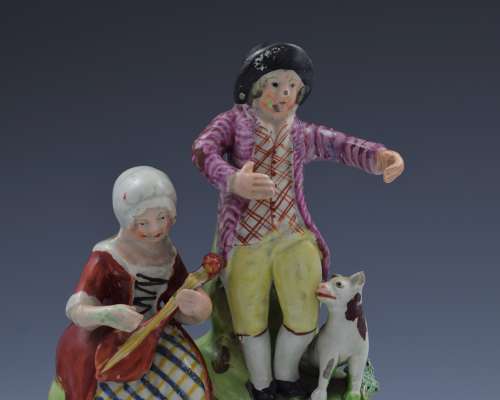 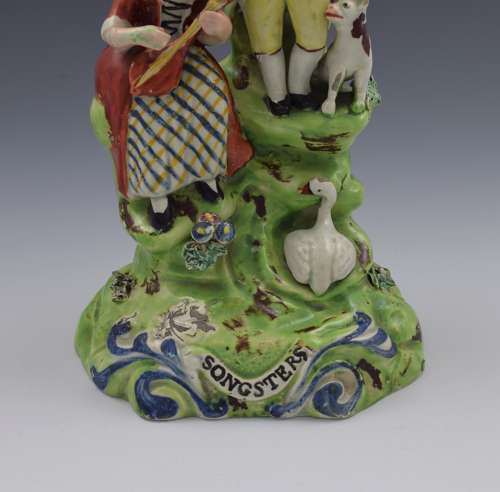 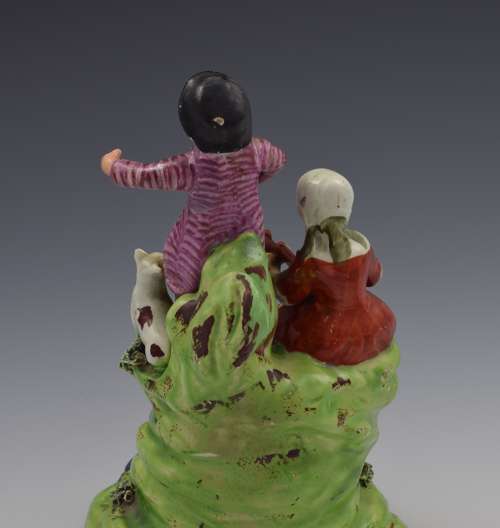 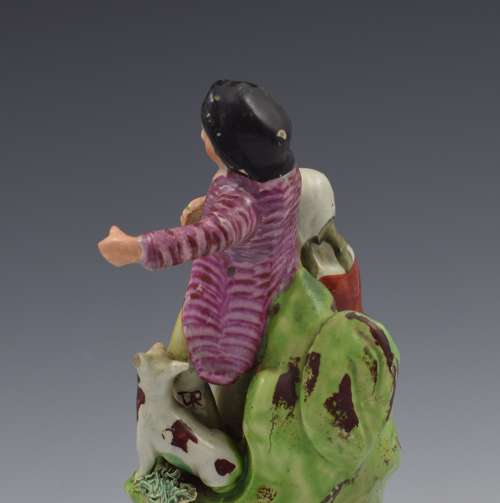 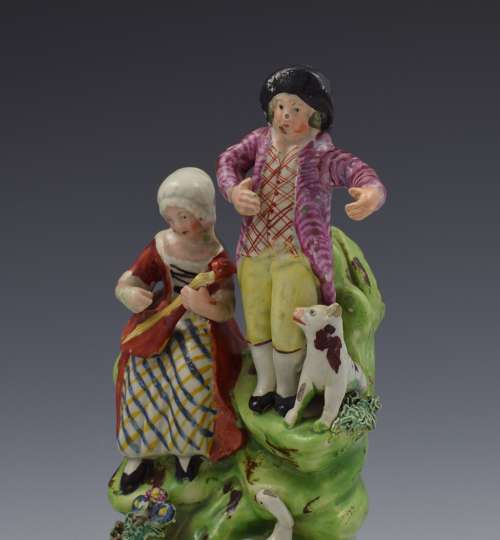 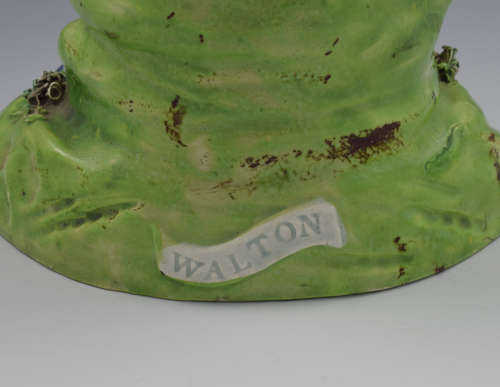 Please fill in the form below to request a delivery quote from The Fancy Fox.

Simply fill in the below form to get in touch with The Fancy Fox regarding this item.

Early 19th century Walton pearlware figure group, the "Songsters" with 2 musicians standing on a grassy mound with a dog by the side of the man and a swan nestled further down. the lady plays a guitar and the man would have had a horn but this has been lost and his left arm restored in association with that loss.

Named with the title to the base at the front amongst blue scrolls and with the "Walton" scroll on the back. Decorated in the round in bright enamels.

Condition: the man's restored arm has been professionally repaired and re-painted. As I say he is missing his horn. There would have been a raised bocage at the back which has been lost and the base has been well restored in this area. Otherwise, there is a small repair across the lady's right arm and she is missing the very tips of her fingers and there is a small chip to the tip of the dog's ear. A couple of very small glaze/enamel losses and missing a small clump of shredded clay on the base.

A Pair of Ceramic Torsos