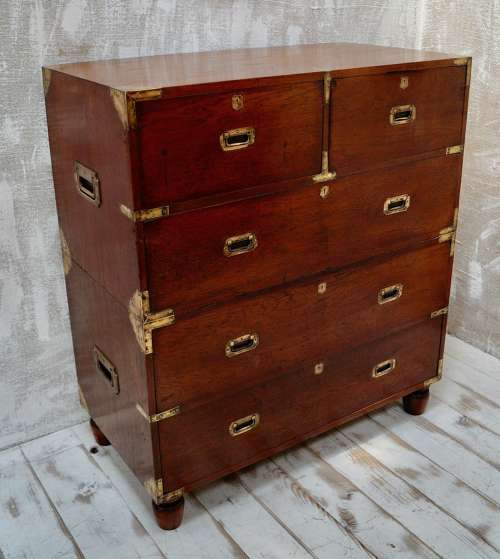 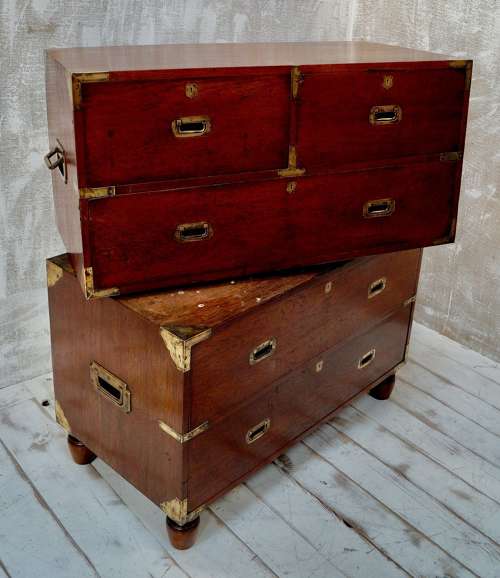 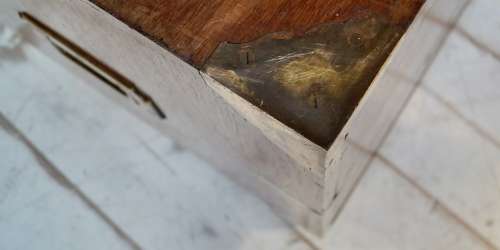 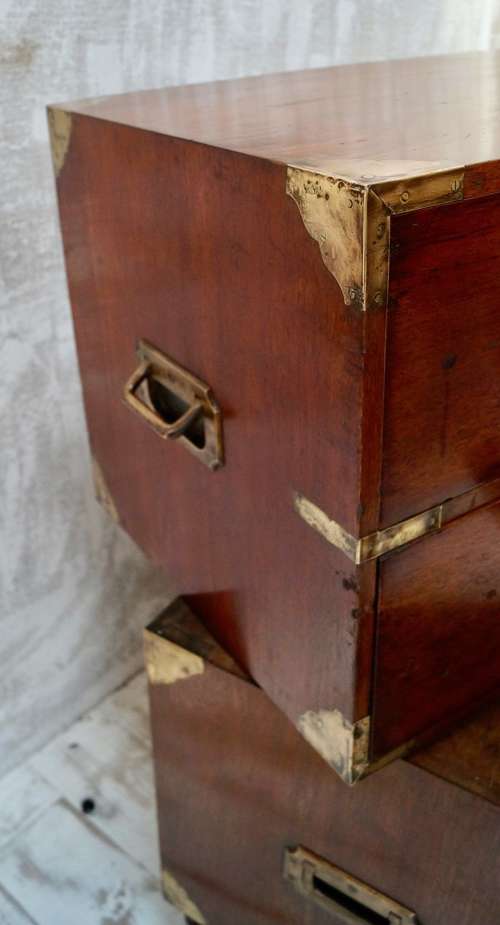 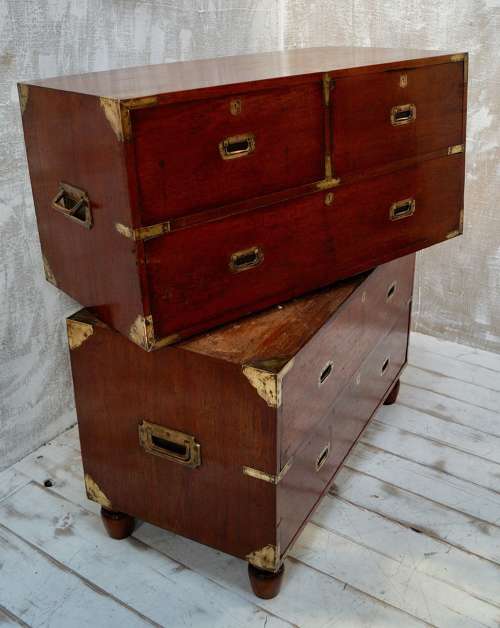 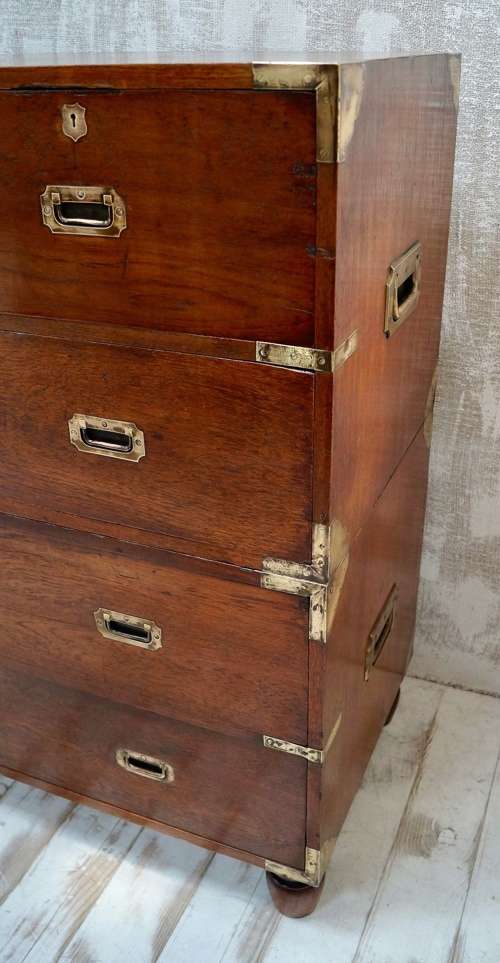 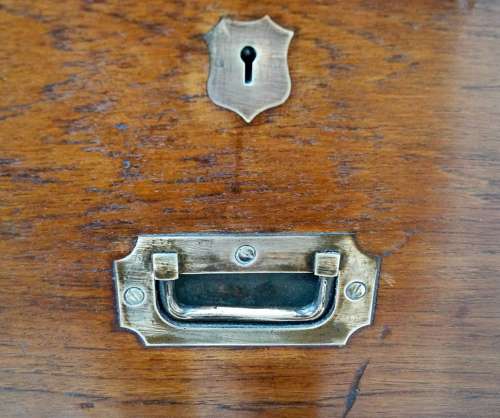 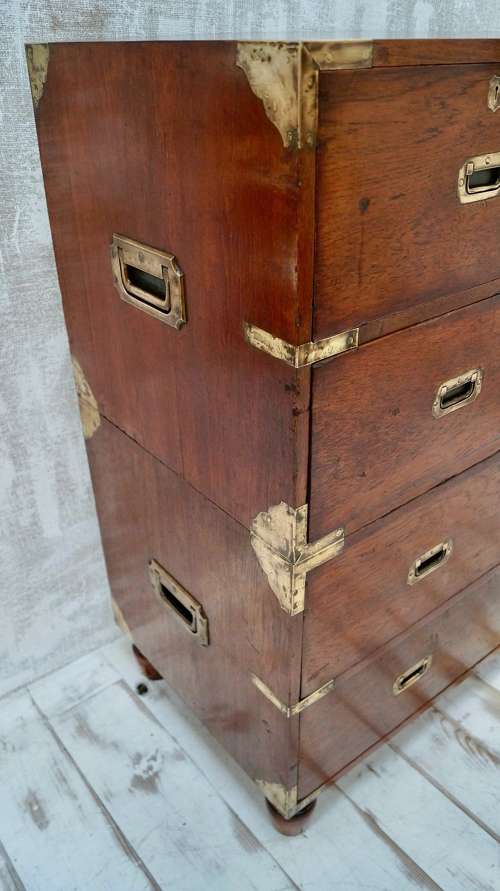 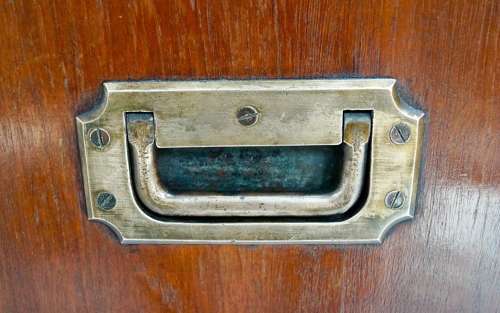 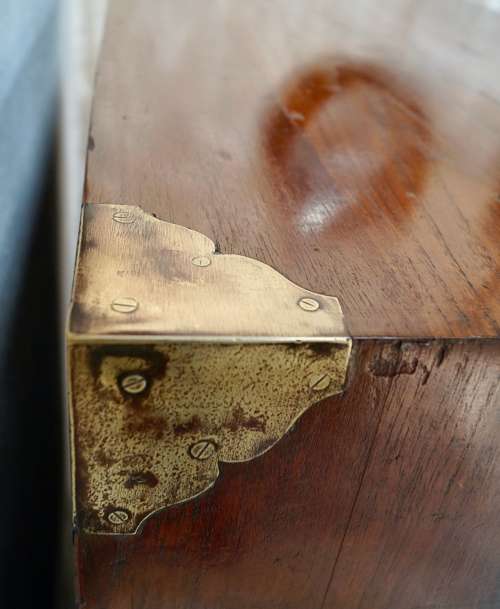 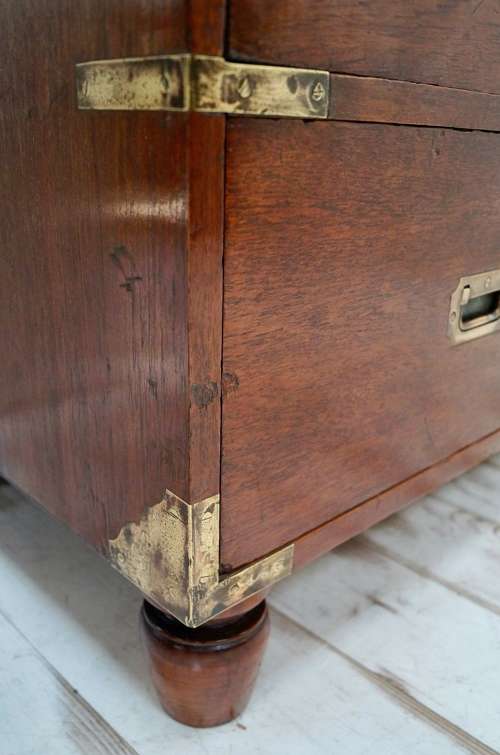 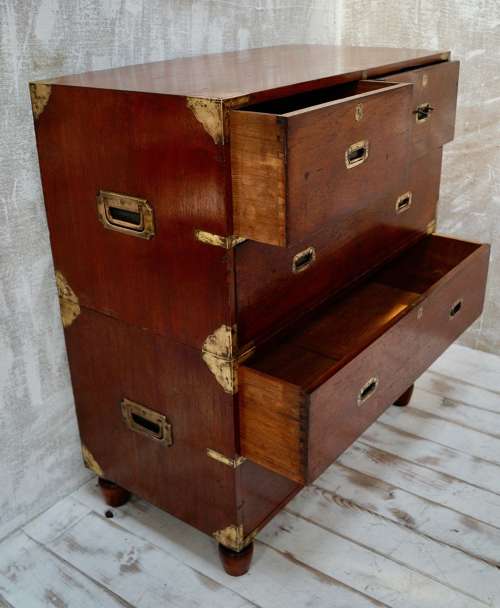 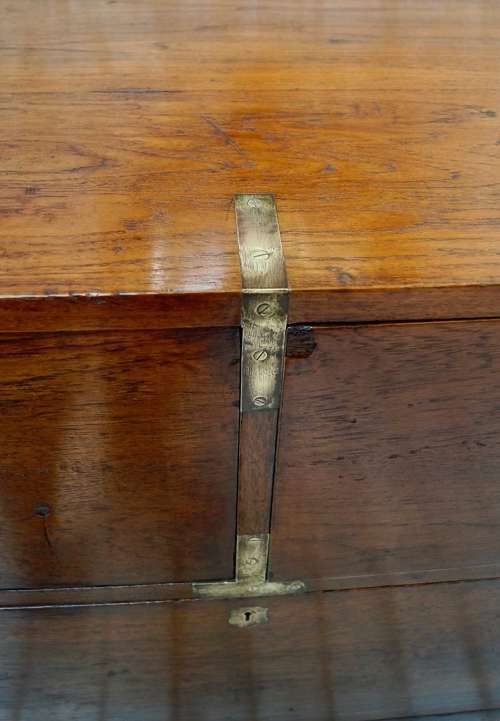 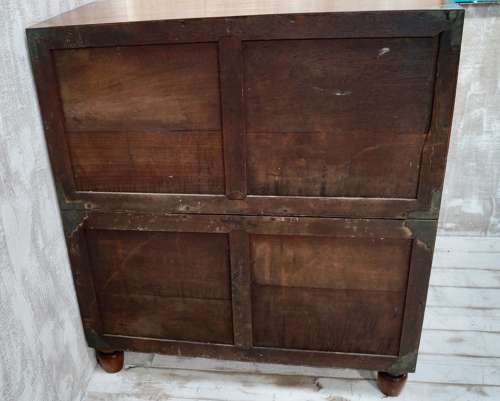 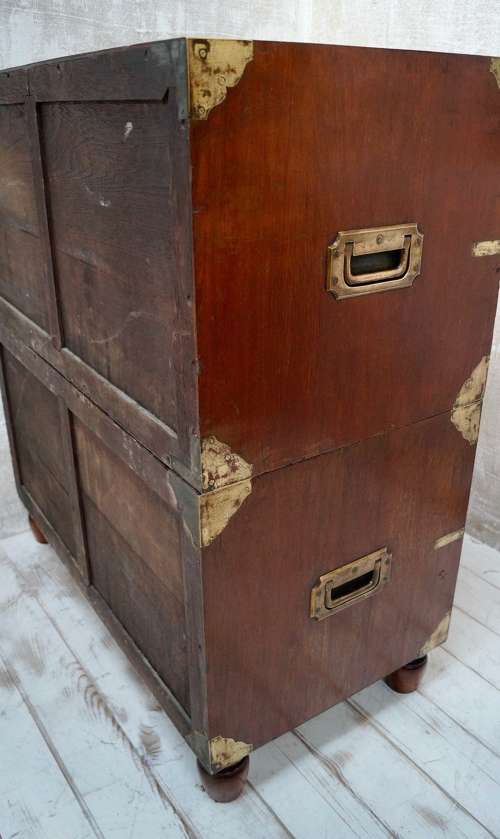 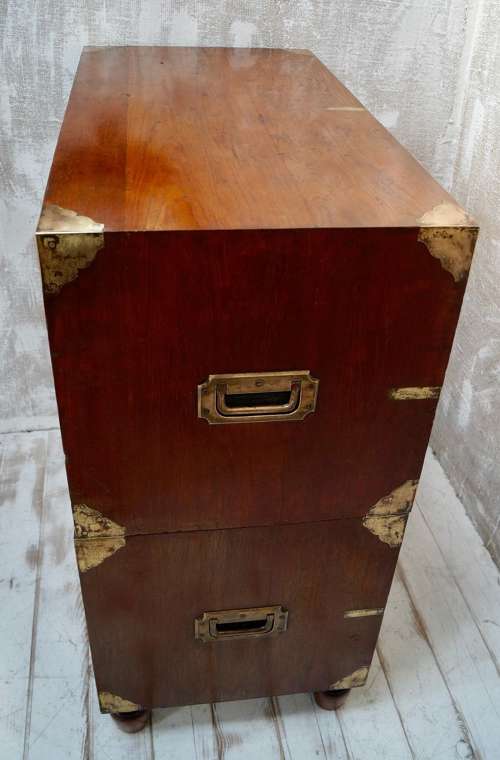 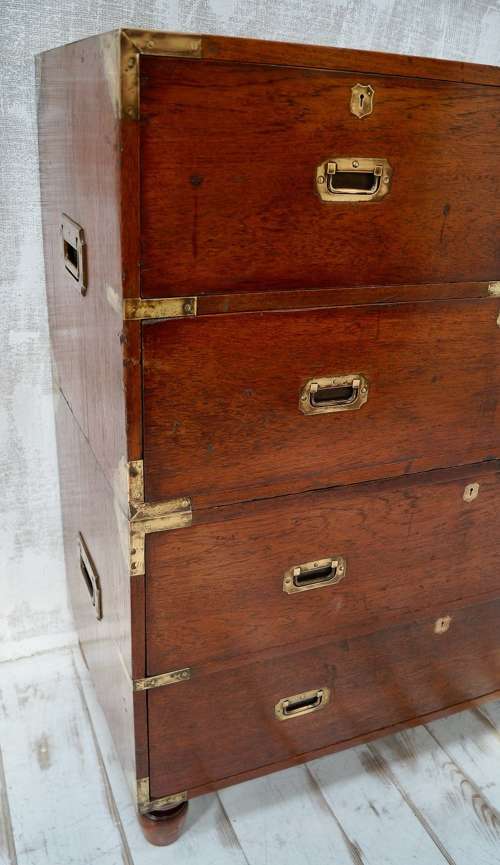 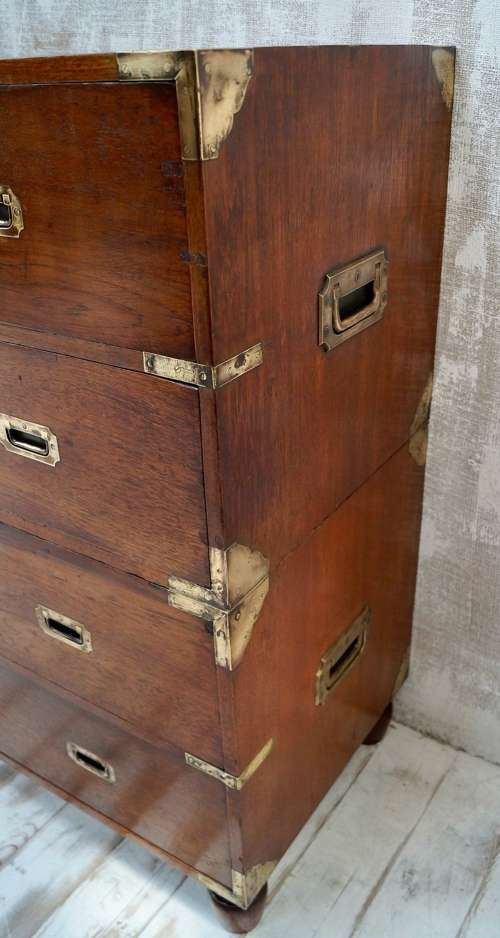 A good quality mid-19th century mahogany military campaign chest (England, circa 1840). Made from Having two short and three long drawers with original brass flush fitted handles and brass bound decoration, raised on the original hand turned detachable feet, this piece has superb colour and patina, the makers mark of R. Cooper & Sons.
R. Cooper & Sons first factory was situated in Little Brickkiln Street but, after Richard Cooper had taken his son William into partnership, after 1835, the business increased so fast they decided to build a new factory in Church Lane, which at that time was surrounded by gardens and fields.
Military Campaign furniture was designed to be packed up and carried on the march. It has been used by traveling armies since at least the time of Julius Caesar but it is commonly associated with British Army officers, many of whom had purchased their commissions. With the rise and expansion of the British Empire in the 19th and 20th centuries the demand by the military, administrators and colonists increased. British officers of high social position in the Georgian and Victorian periods (17141901) often carried high-quality portable furniture.
Top drawers Dimensions: L:47cm W:45cm D:21cm
Bottom drawers Dimensions: L:95cm W: 47cm D: 20cm

Other items in Antique Chests of Drawers

View all in Antique Chests of Drawers