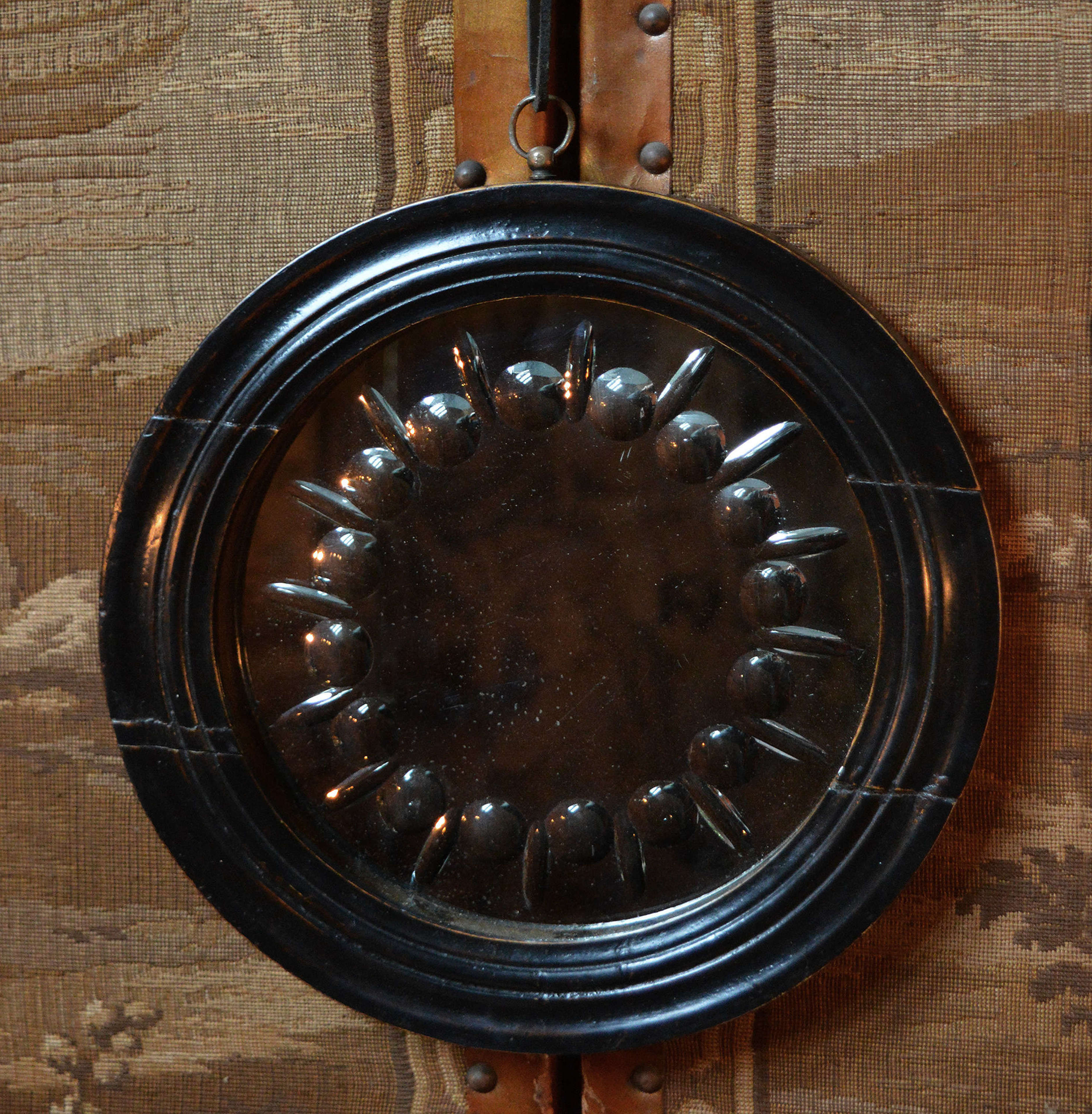 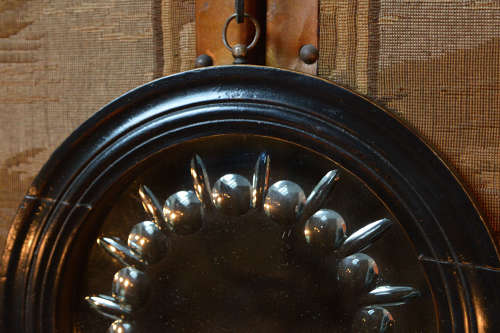 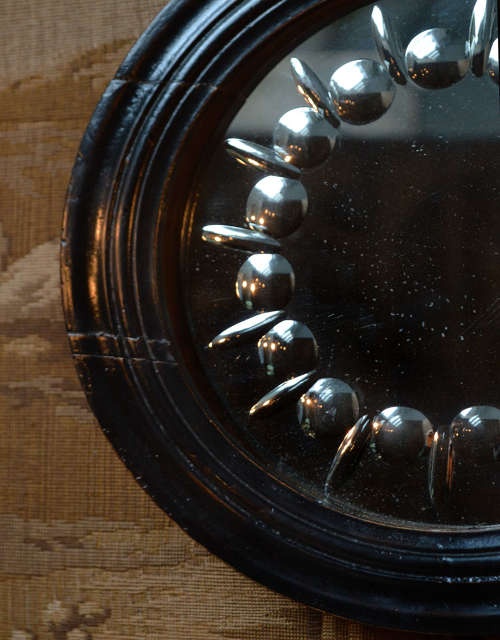 Early 19th Century Sorcerer’s or witches mirror with circle of cut glass bulls eye optics
Originating in the 16th century.
Very popular though the 19th century and early 20th century, when interest in the occult was at a peek.
Sometimes used for scrying or to hang in the home, where the distorted image would ward off evil spirits
The reversed etched plate in good condition with a few spots of foxing
Original frame with later black ebonised finish

Please fill in the form below to request a delivery quote from French Farmhouse Furniture.

Other items in Antique Circular Mirrors

View all in Antique Circular Mirrors 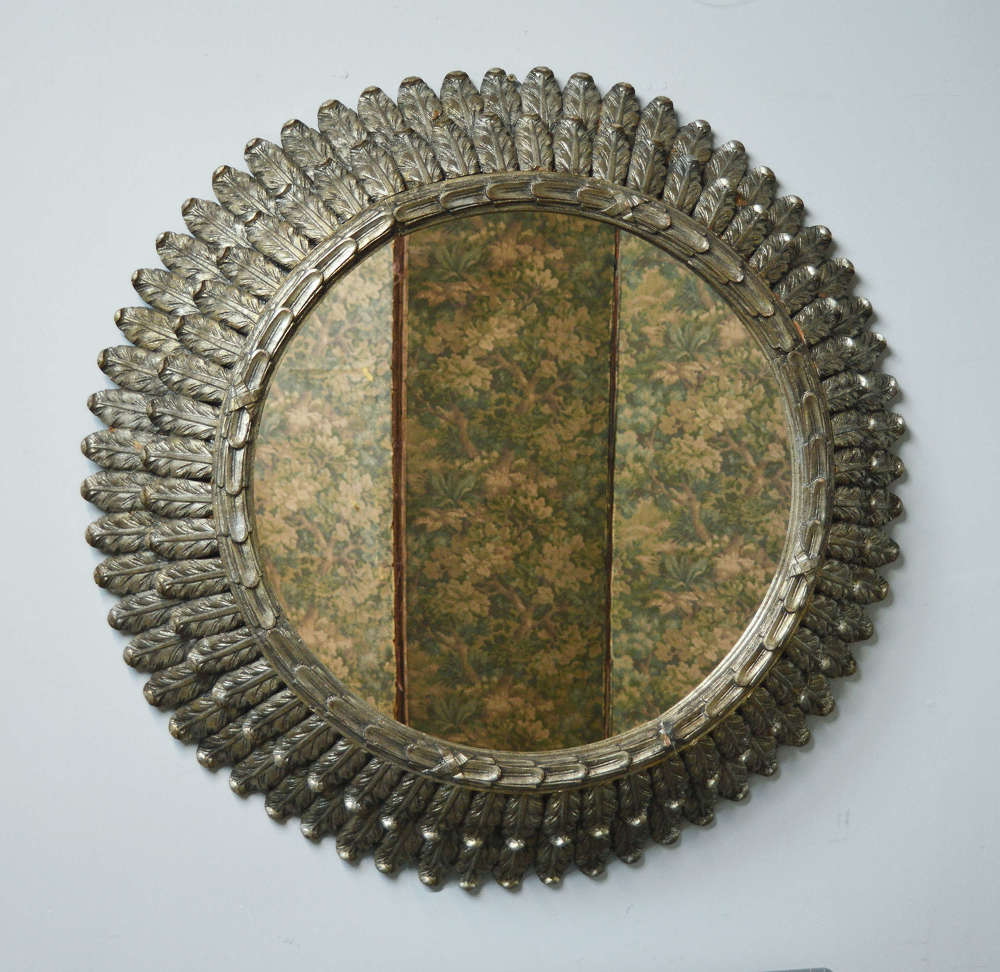 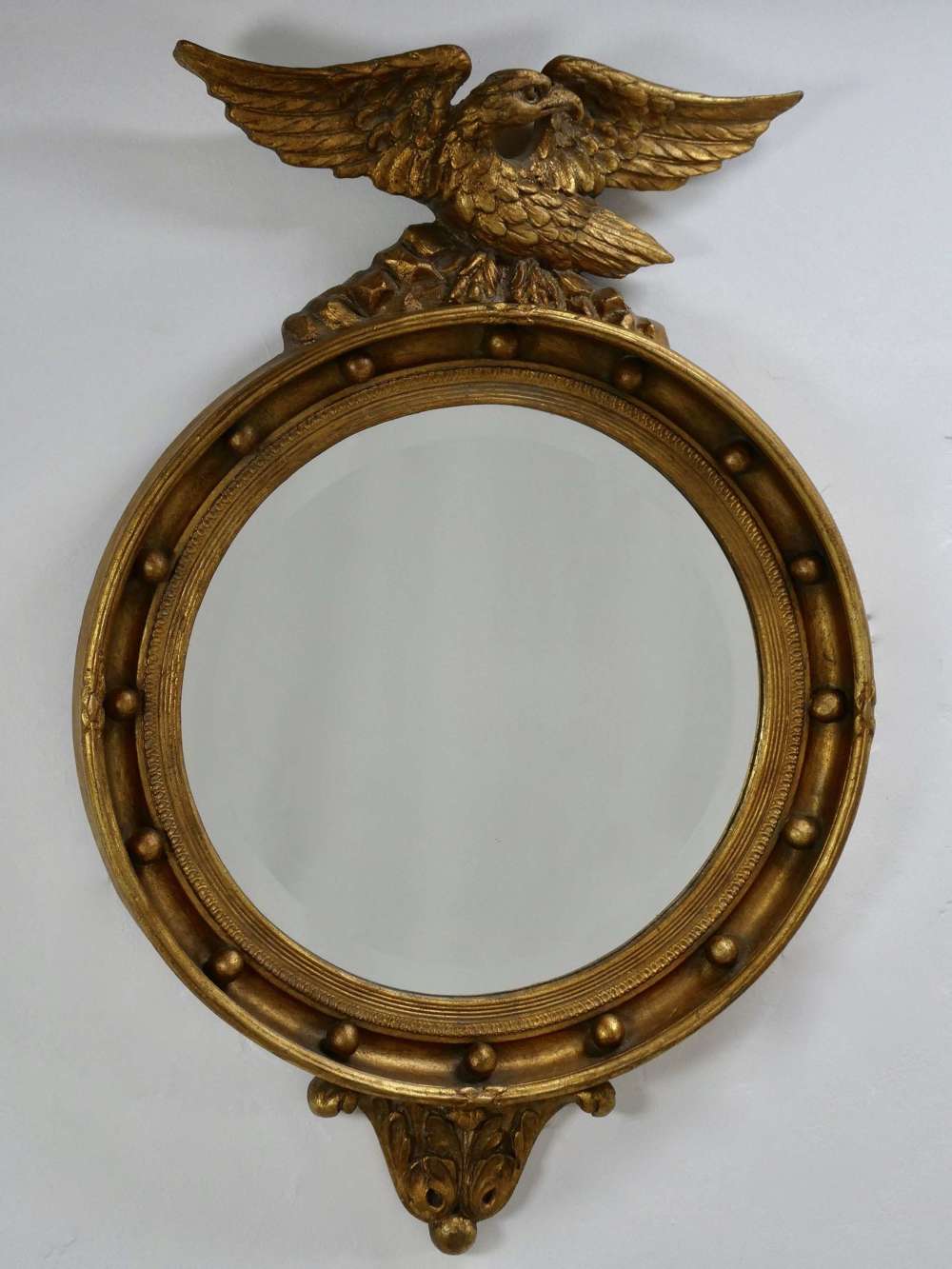 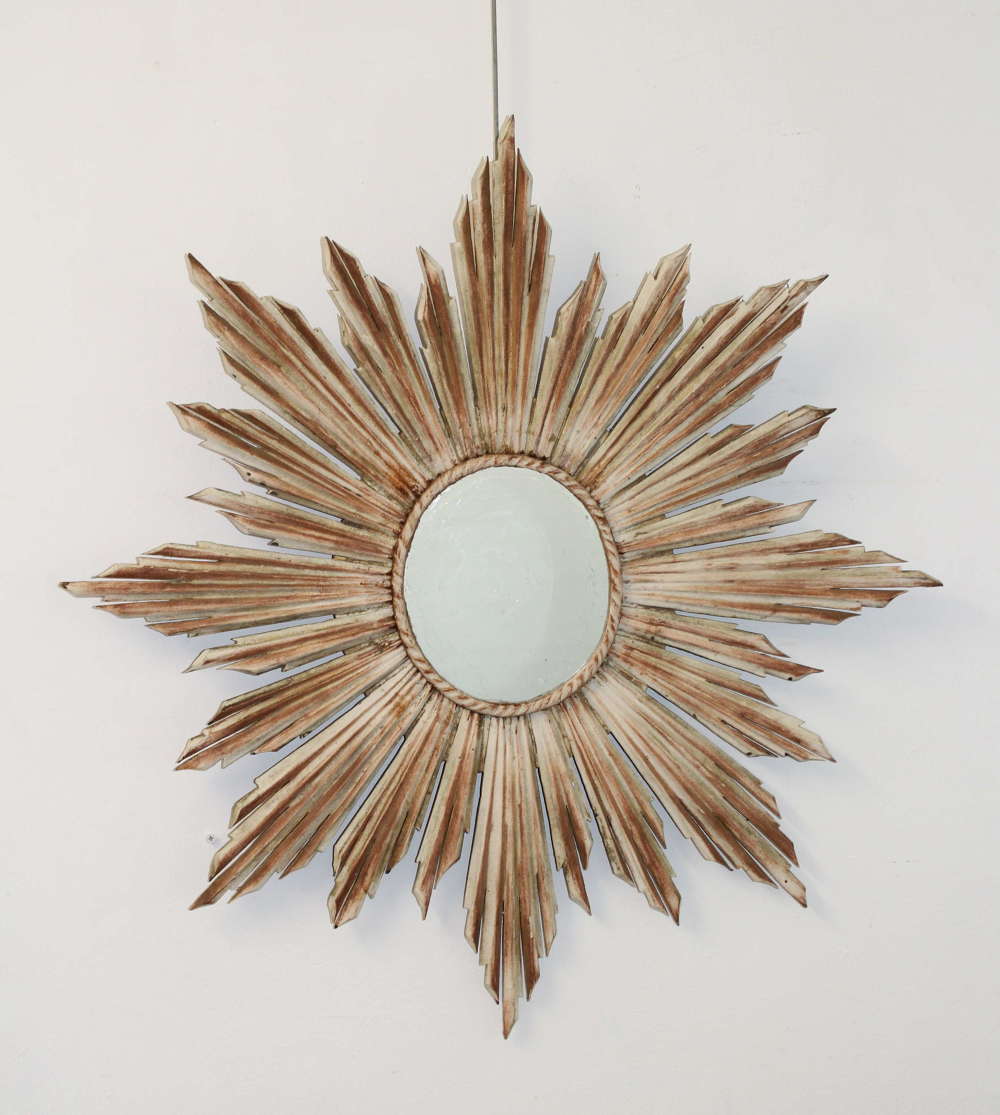 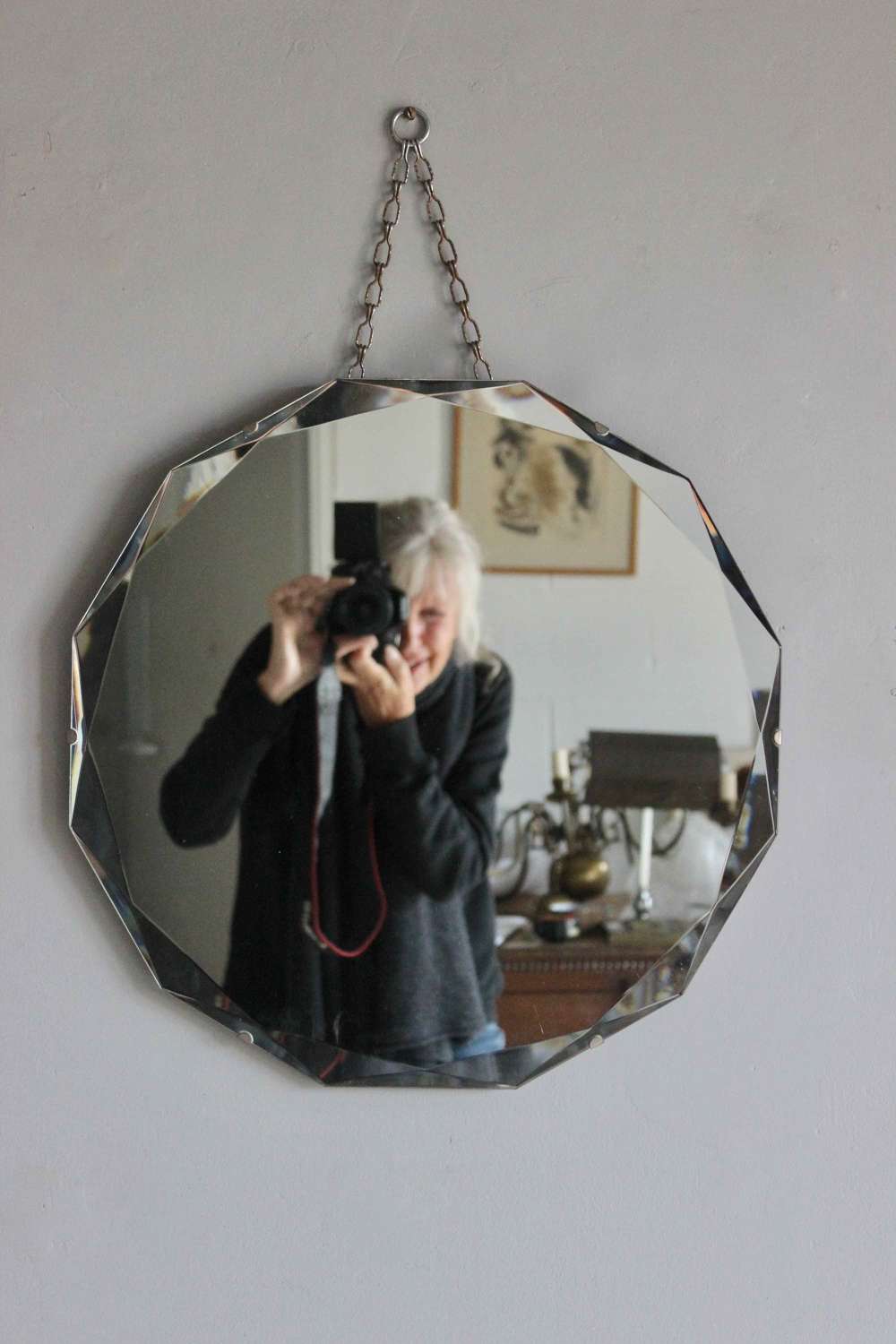