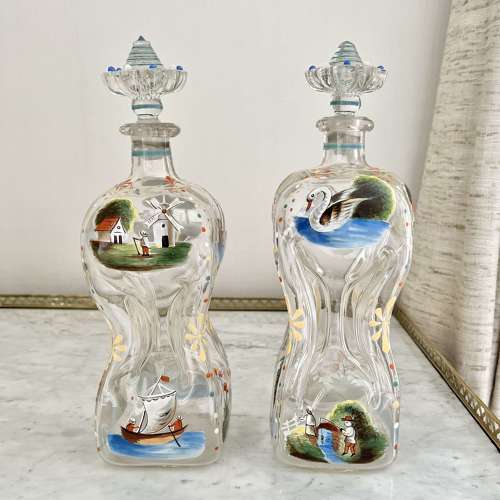 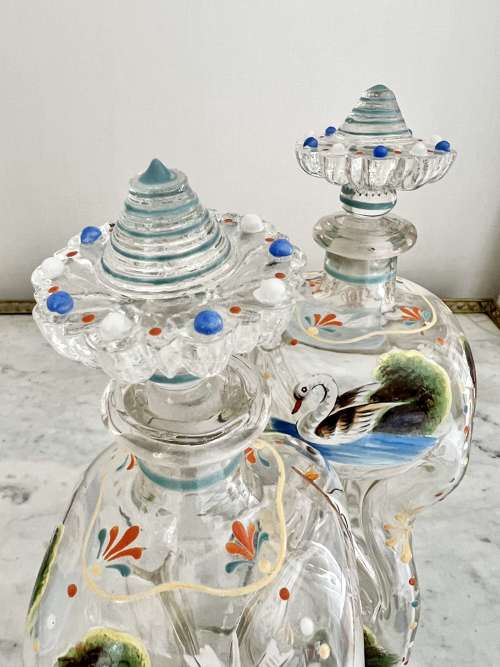 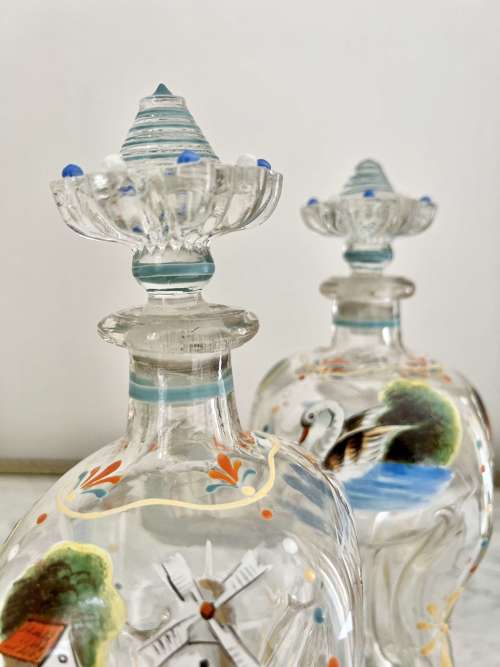 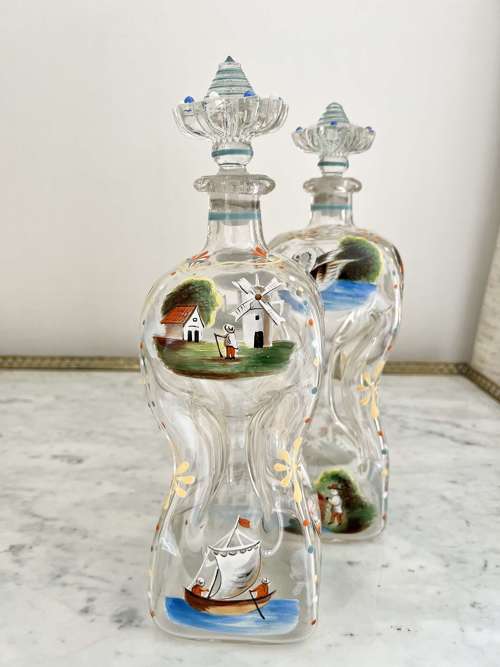 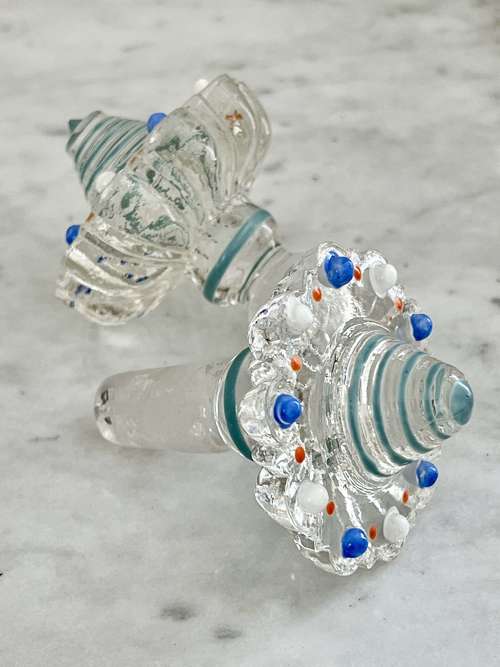 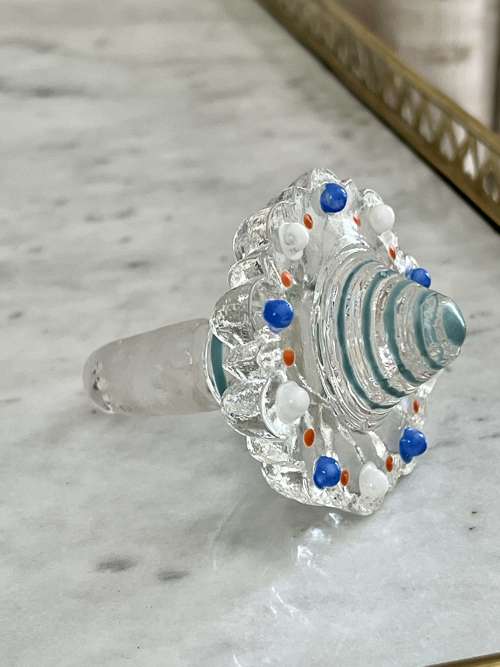 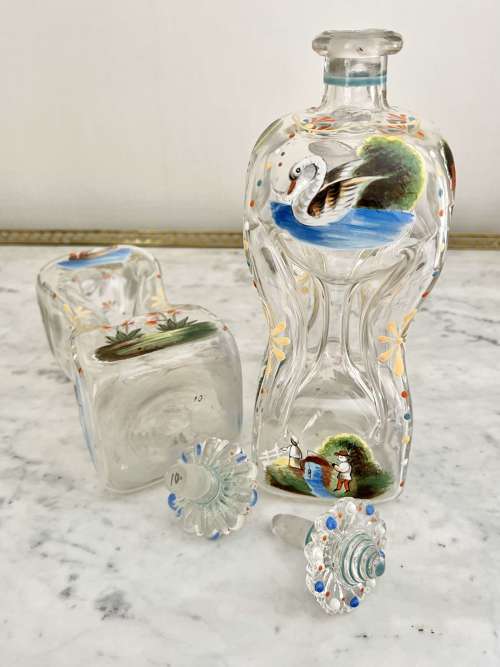 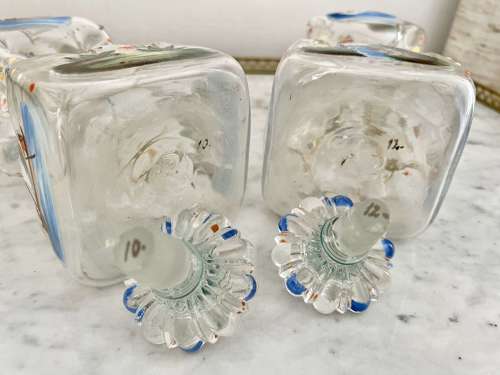 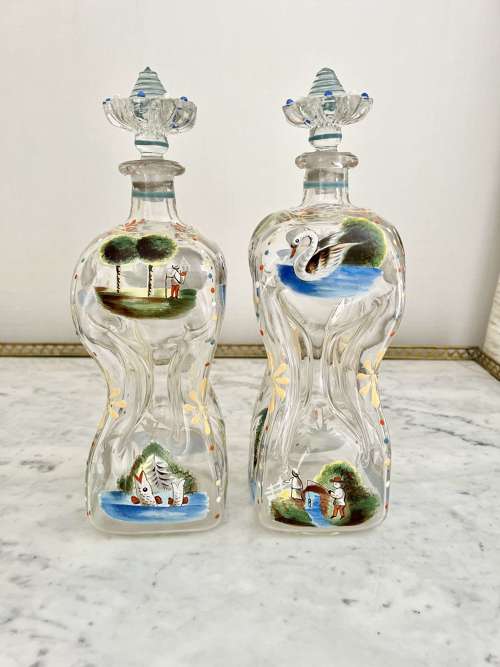 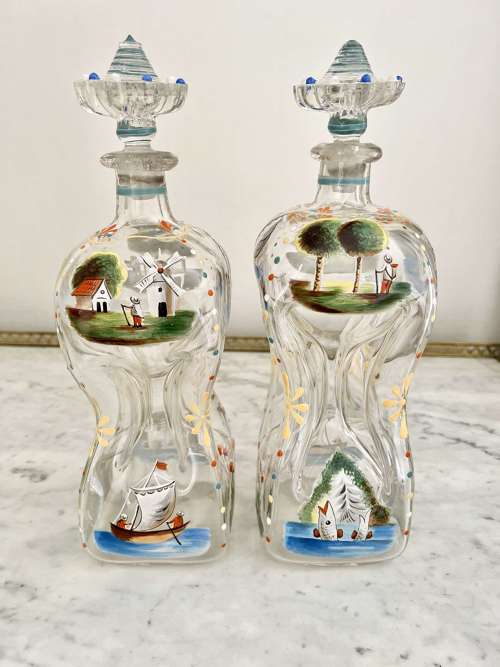 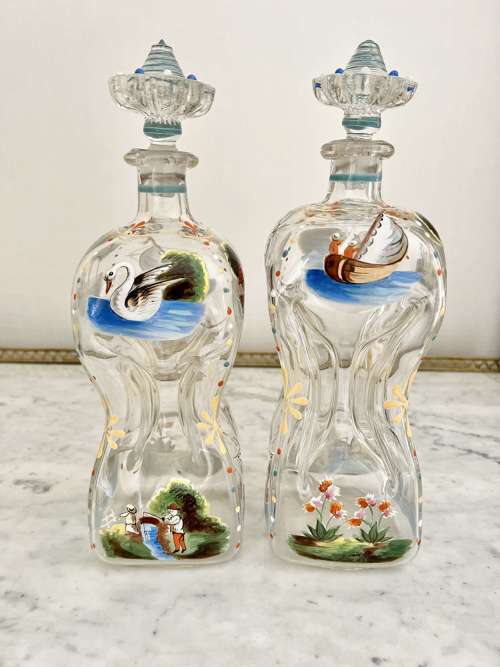 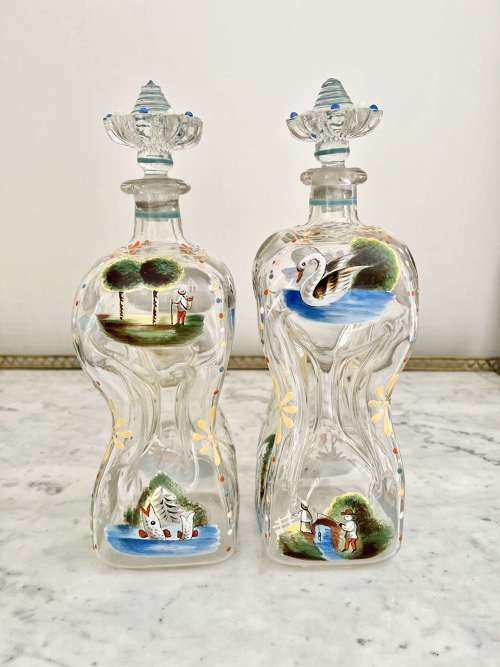 Please fill in the form below to request a delivery quote from The Vintage Entertainer.

Simply fill in the below form to get in touch with The Vintage Entertainer regarding this item.

A splendidly unusual pair of 19th Century Dutch hand enamelled ‘Kluk Kluk’ hand blown decanters, Circa 1870s. These rare waisted examples, sometimes called Kuttrolf, have four parallel tube-columns down the sides and are the distinctive design that was popular across Europe from 1850s. Originally used for wine they allowed the full colour to be displayed easily.

The four sides are hand painted to display local Dutch scenes including windmills and fishing boats. Each has a beautifully crafted pointed stopper which has a blue spiral and dot enamel pattern. Each decanter is numbered to the base (10 and 12) and has its correspondingly numbered stopper to match.

Other items in Antique Decanters

View all in Antique Decanters

More items from The Vintage Entertainer

View all items from The Vintage Entertainer