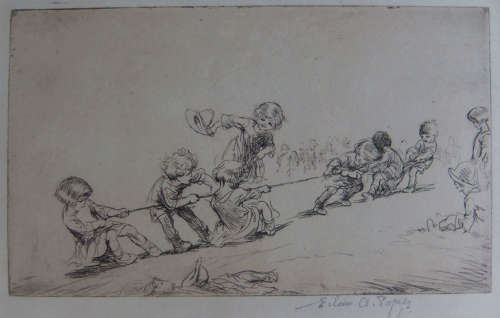 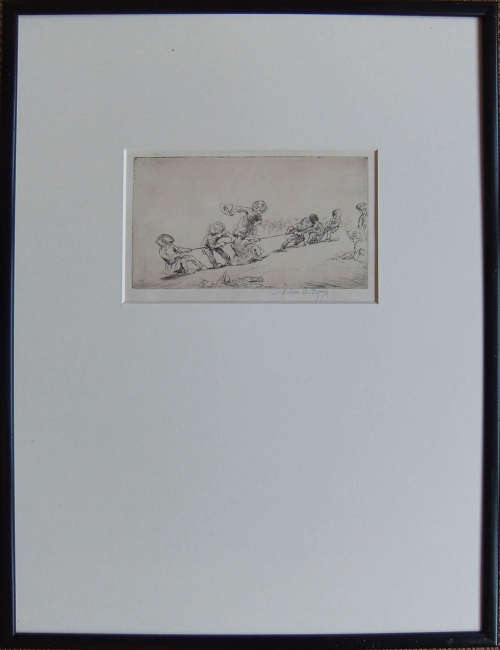 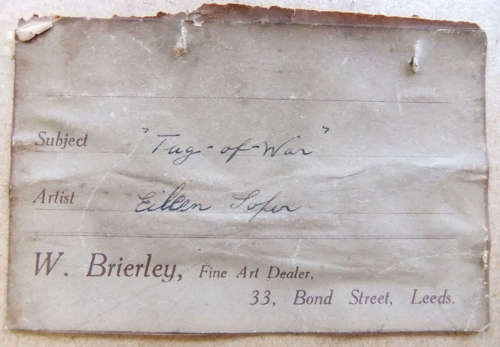 Eileen Soper showed early promise as an artist, and two of her etchings were shown in the Royal Academy in London at the age of 15 after she showed three prints at an exhibition organised by the International Society of Printmakers in California. She continued to produce around 180 etchings, mostly of children at play, into the early 1930s. Queen Mary bought two of her etchings, among them Flying Swings in 1924. Her work was popular and well received and shown in the UK and the US. Today Soper is best known for her collaboration with Enid Blyton, most notably all of the Famous Five books. She also published her own children's books in the 1940s, as well as a book of poetry. From the 1950s on, she worked mostly on her wildlife illustrations of British wildlife around her house in Welwyn.

"Tug of War" is a lovely etching measuring 5" x 7". It is mounted and framed giving an overall size of 15"x 20". On the back is a nice old label with the title and artist's name.

Kershaw Schofield "In the Meadows" oil on panel