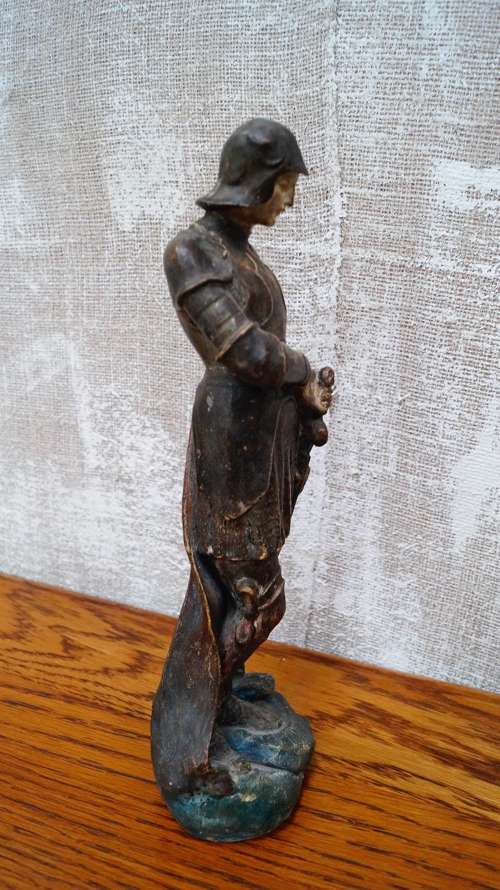 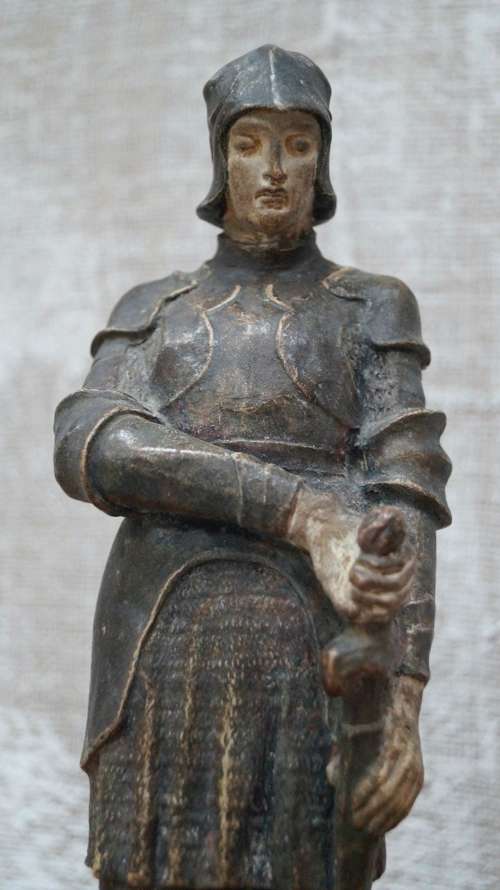 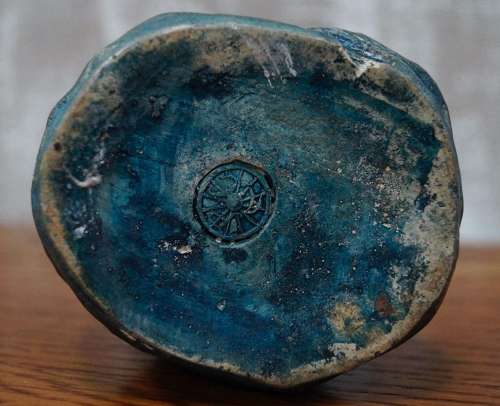 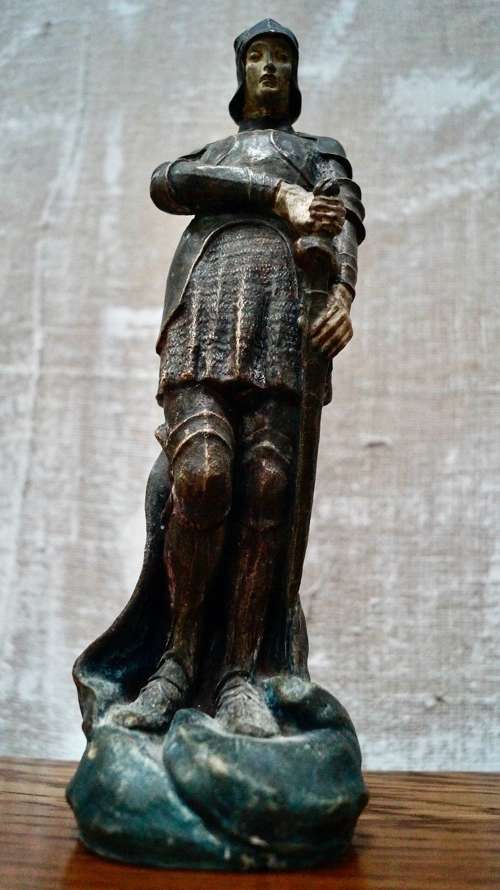 A Rare and Superb Compton Pottery Figure of Saint George. Made from terracotta, beautifully hand painted and is in fantastic condition. C1920
Compton Pottery was founded in the late 19th Century in Compton near Guildford by Mary Seaton Watts, the wife to George Frederick Watts the famous symbolist artist. The pottery's output was extensive, from large terracotta garden pottery to smaller household figures, jugs, plaques and pendants. The figurines of Knights are thought to be influenced by Alfred Gilbert the eminent sculptor and great friend of the watts. The pottery kept close to the ideals of the arts and crafts movement, employing local village people in the pottery.
A superb piece to add to any collection or as a great started piece.

A Wood and Gesso Folkart Bull