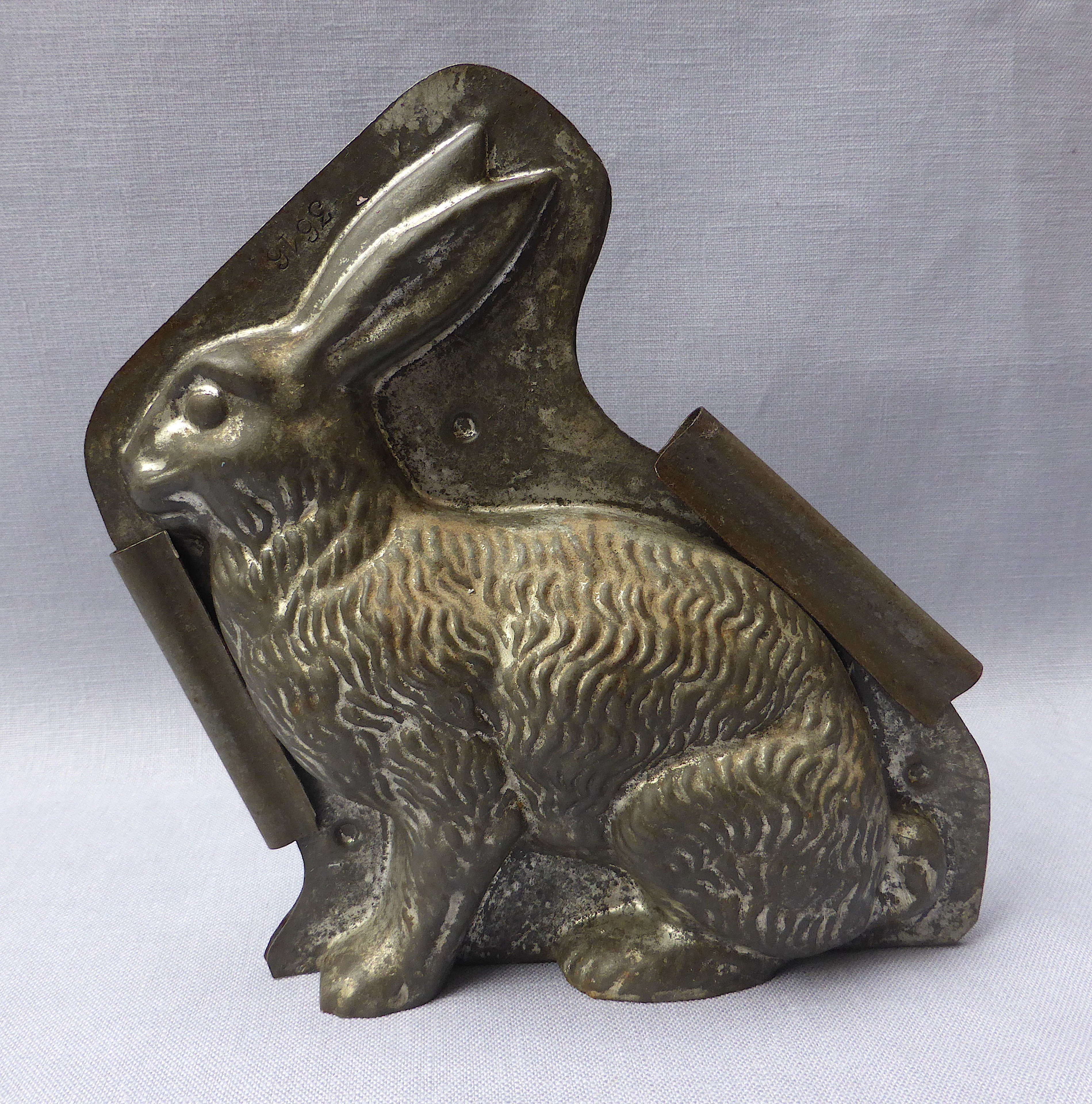 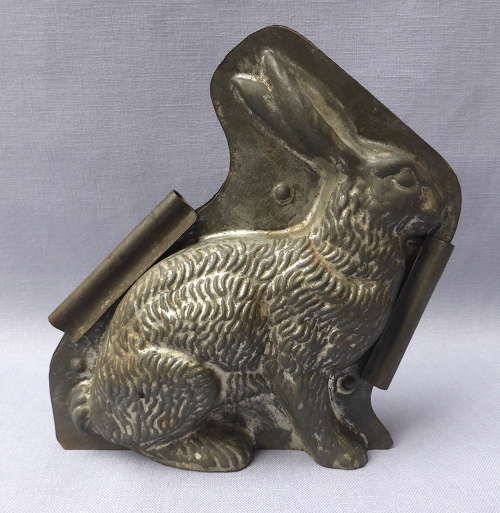 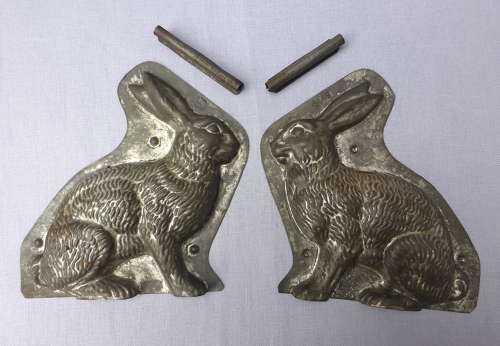 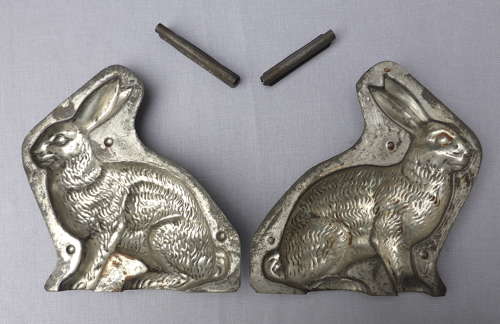 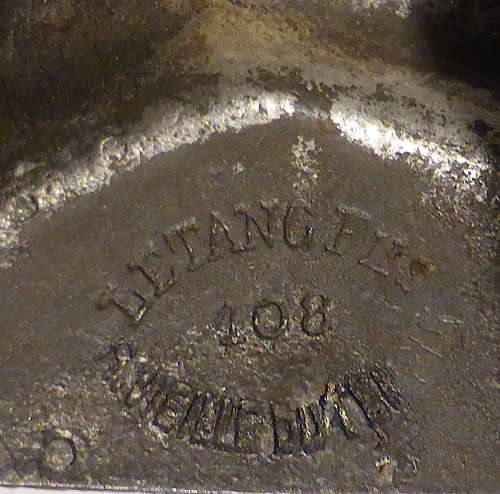 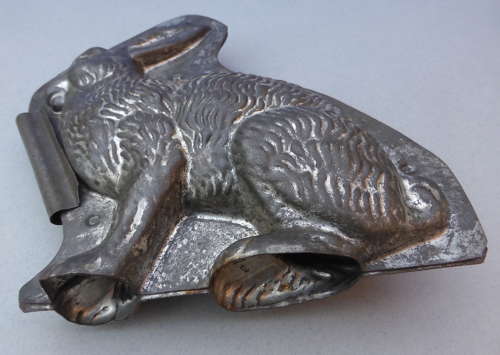 A very attractive pressed tin chocolate mould in the form of a seated hare or rabbit, made by Letang Fils of Paris in approximately 1900. There is lots of detail to the hare's face and fur and, as well as producing attractive moulded chocolate, it displays well when not in use. The two halves are held together with two metal clips. The edge of the mould bears the Letang stamp and the number 3616.

This piece is in good original condition.