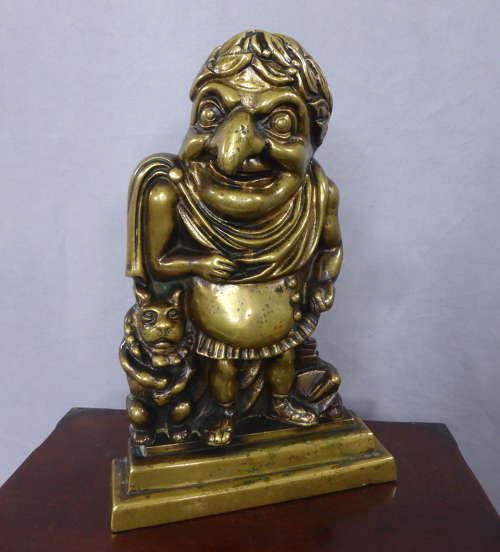 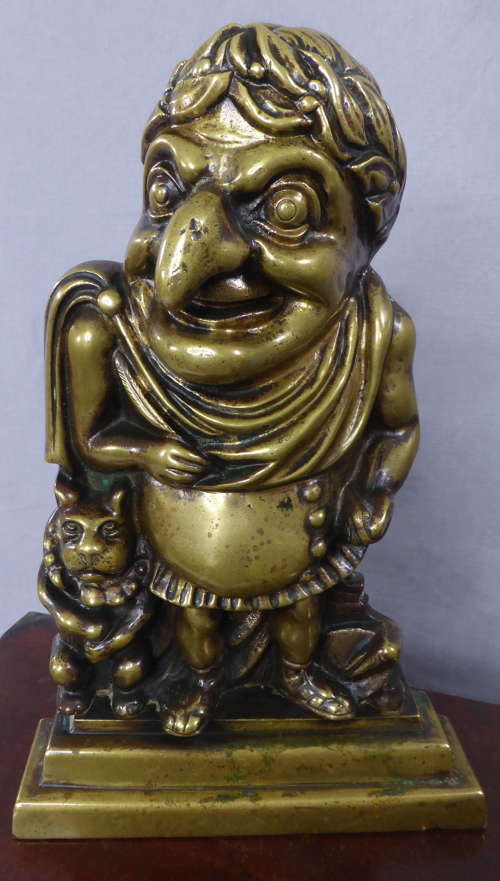 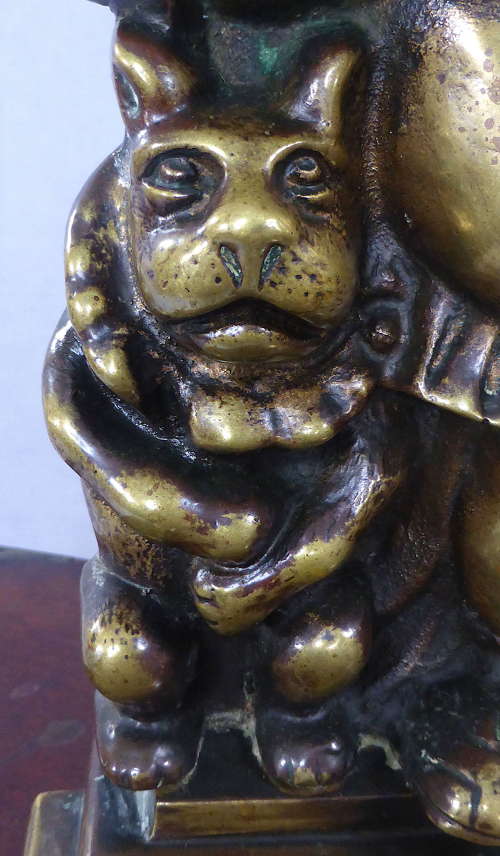 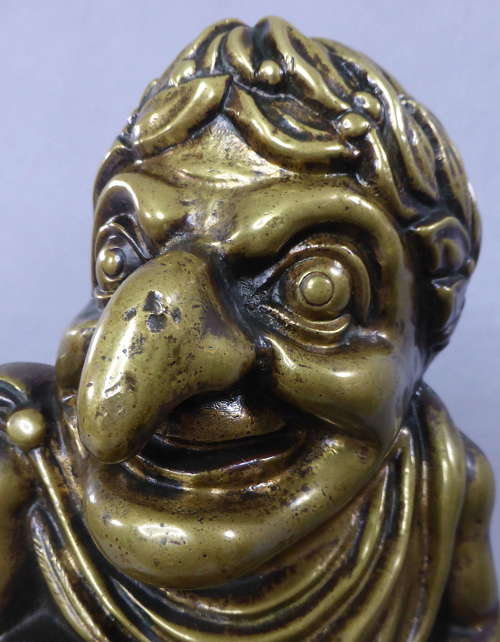 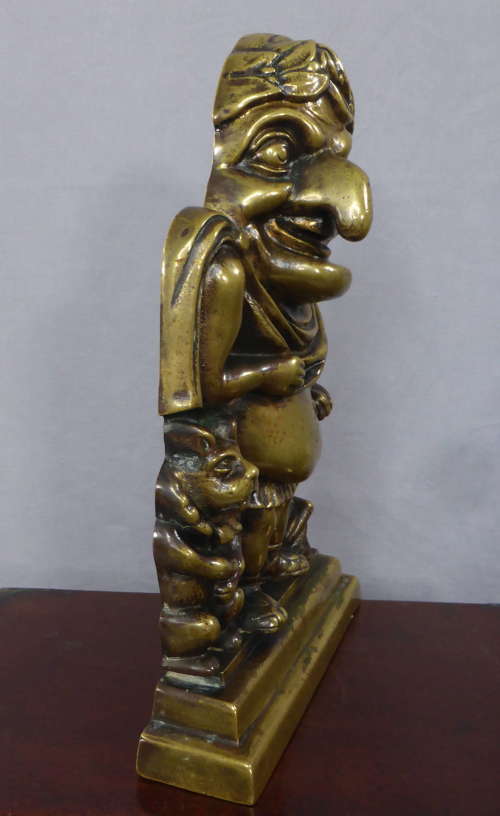 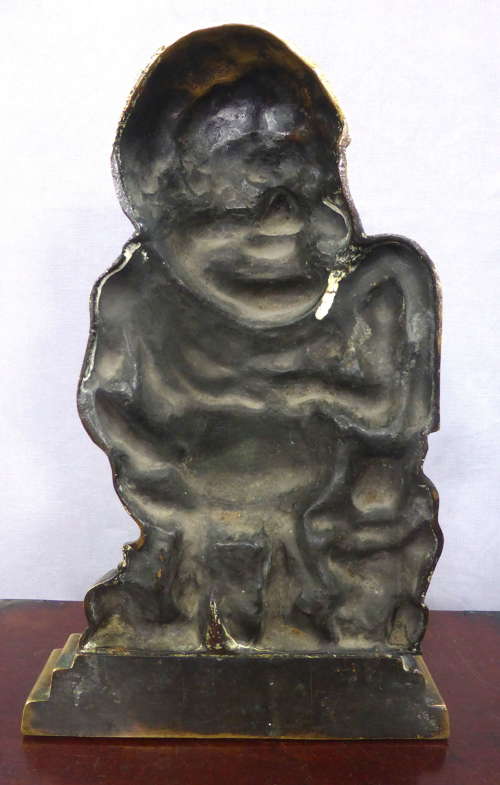 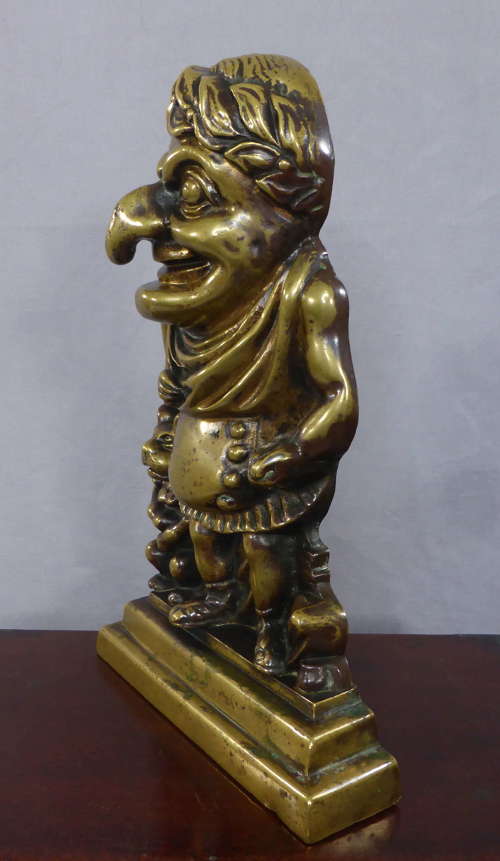 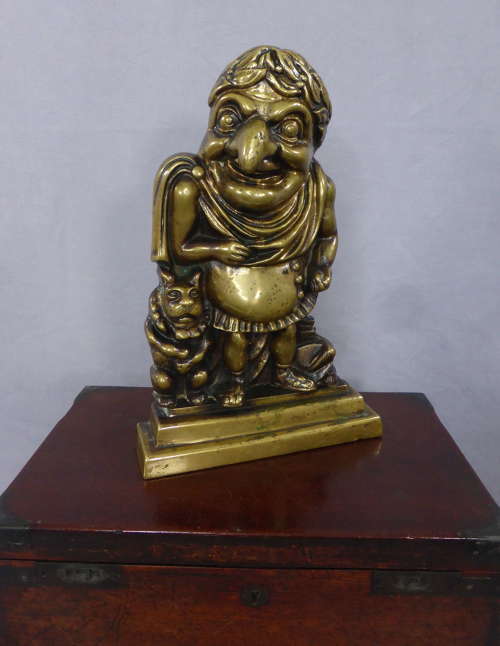 Please fill in the form below to request a delivery quote from Ginger Tom's Curious Eclectic.

Simply fill in the below form to get in touch with Ginger Tom's Curious Eclectic regarding this item.

A wonderful bronze doorstop or door porter in the form of Mr. Punch dressed as a Roman emperor. A cartoon of Punch in similar dress called "Punchius Imperator MDCCCLXXVII" (Emperor Punch 1877), appeared in the Punch Magazine for December 1877. It was drawn by Joseph Swain and shows Mr. Punch dressed as a Roman emperor, leading a triumphal procession from his chariot. It seems very likely that this doorstop dates to around the same time.

This substantial piece is made of cast bronze. Punch is wearing a laurel wreath round his head, along with a short tunic, military cloak and sandals. Dog Toby is by his side, wearing a ruff around his neck. It is beautifully cast and the bronze has a lovely aged patina.