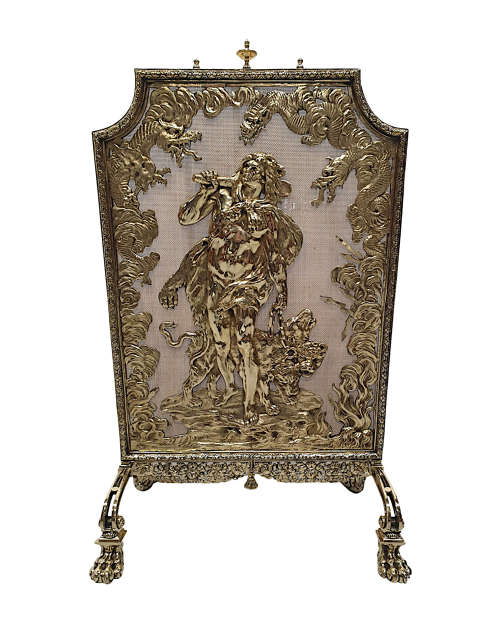 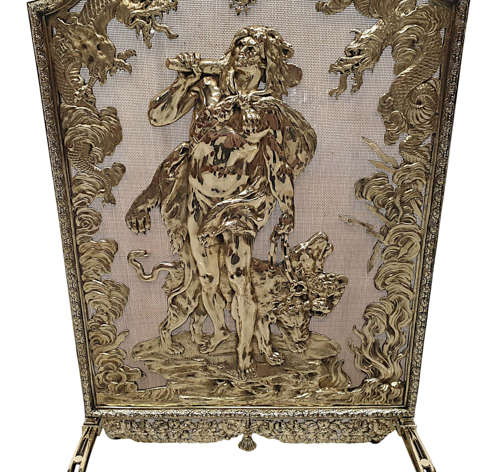 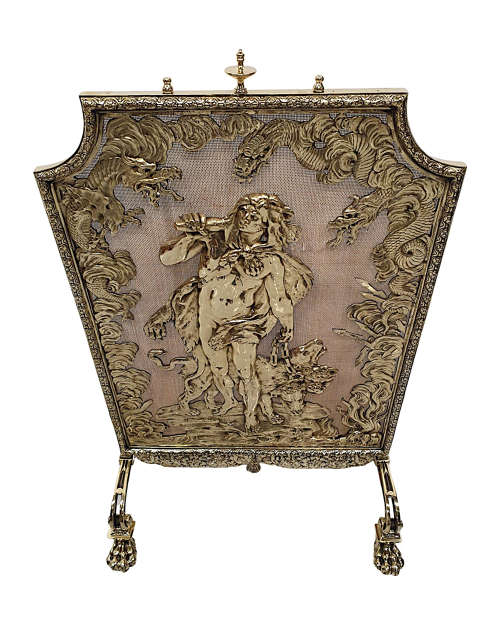 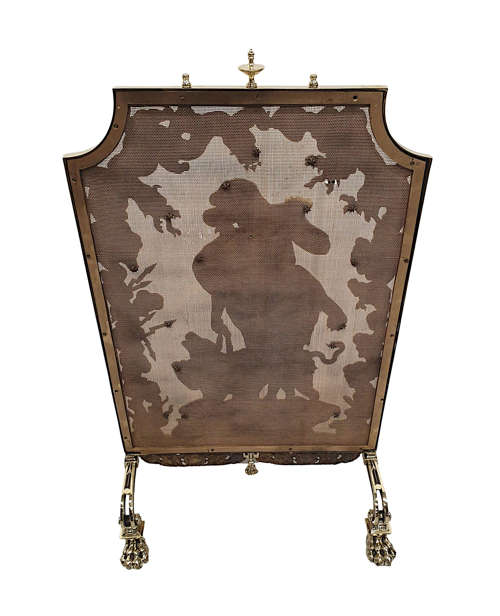 A very rare and fine 19th Century brass fire screen, of exceptional quality, fully restored and of grand proportions.  The  protective wire mesh of shaped, rectangular form is set within a fabulously detailed polished, cast brass frame with beautiful motifs of flowerheads, scrolling foliate and tassle detail, surmounted with an elegant finial carrying handle.  The wire mesh itself is adorned with a further intricately embossed brass cartouche depicting a fabulously detailed figurative Greek Neoclassical scene 'The Twelfth and Final Labour of Heracles', whereupon Heracles was sent by Euripides, who was the king of Tiryns, to capture Cerberus, the three headed dog and guardian of Hades, from the king of the underworld.  An elaborate arrangement of mythical creatures, comprising of dragons and snakes borders Heracles and Cerberus to the central reserve, supported on elegant out-scrolling pierced leg, terminating on paw foot.

Other items in Antique Fire Guards and Spark Guards

View all in Antique Fire Guards and Spark Guards