You can have such fun playing & perfecting your tactical playing skills.

Features that stand out are the incredible hand painted individual handmade lead chess pieces, in the forms of military Napoleonic French & British soldiers, with world famous historical commanders Wellington & Napoleon. Also with the French respective second in command Marshal Michel Ney & British Henry William Paget earl of Uxbridge. The pawns are the "Old Guard" on the French side, with Redcoats on British side. With mounted cavalry as the knights

The Old Guard (French: Vieille Garde) were the veteran elements of the Emperor Napoleon's Imperial Guard. As such it was the most prestigious formation in Napoleon's Grande Armée. French soldiers often referred to Napoleon's Old Guard as "the Immortals".

It is believed that Napoleon hand-selected members of his Old Guard based on physical traits, most notably above-average height. Their imposing stature was likely impressive to foes and allies alike. Awards as well as veterancy were also taken into consideration when selecting troops for the Old Guard.

The chess pieces are handmade from out of solid lead.

It is heavy quality weighing around 5kg.

With chess board made from fine walnut wood with protective glass covered playing surface and  top case that is enclosed.

Complete chess set with 32 playing pieces that are stored in individual alcoves inside.

The Battle of Waterloo was fought on Sunday, 18 June 1815, near Waterloo in Belgium, part of the United Kingdom of the Netherlands at the time. A French army under the command of Napoleon Bonaparte was defeated by two of the armies of the Seventh Coalition, a British-led coalition consisting of units from the United Kingdom, the Netherlands, Hanover, Brunswick, and Nassau, under the command of the Duke of Wellington, referred to by many authors as the Anglo-allied army or Wellington's army, and a Prussian army under the command of Field Marshal von Blücher, referred to also as Blücher's army.

The battle marked the end of the Napoleonic Wars. The battle was contemporaneously known as the Battle of Mont Saint-Jean or La Belle Alliance (the beautiful alliance). Upon Napoleon's return to power in March 1815, many states that had opposed him formed the Seventh Coalition and began to mobilise armies. Wellington and Blücher's armies were cantoned close to the northeastern border of France.

Napoleon planned to attack them separately in the hope of destroying them before they could join in a coordinated invasion of France with other members of the coalition. On 16 June, Napoleon successfully attacked the bulk of the Prussian army at the Battle of Ligny with his main force, causing the Prussians to withdraw northwards on 17 June, but parallel to Wellington and in good order.

Napoleon sent a third of his forces to pursue the Prussians, which resulted in the separate Battle of Wavre with the Prussian rear-guard on 18–19 June, and prevented that French force from participating at Waterloo. Also on 16 June, a small portion of the French army contested the Battle of Quatre Bras with the Anglo-allied army. The Anglo-allied army held their ground on 16 June, but the withdrawal of the Prussians caused Wellington to withdraw north to Waterloo on 17 June.

Upon learning that the Prussian army was able to support him, Wellington decided to offer battle on the Mont-Saint-Jean escarpment across the Brussels road, near the village of Waterloo. Here he withstood repeated attacks by the French throughout the afternoon of 18 June, aided by the progressively arriving Prussians who attacked the French flank and inflicted heavy casualties.

The protective lid case top lifts off, the brass pins shown on the side must be aligned for the lid top to securely fit and close.

International shipping worldwide is available please ask for a quote.

Viewings are welcome by appointment only for customer support please send us a message.

Dimensions in inches & centimetres approximate of the chess case

Each playing square is around 4cm in width and depth, the height of the playing pieces are around 6.5cm each approximate

Other items in Antique Games

View all in Antique Games 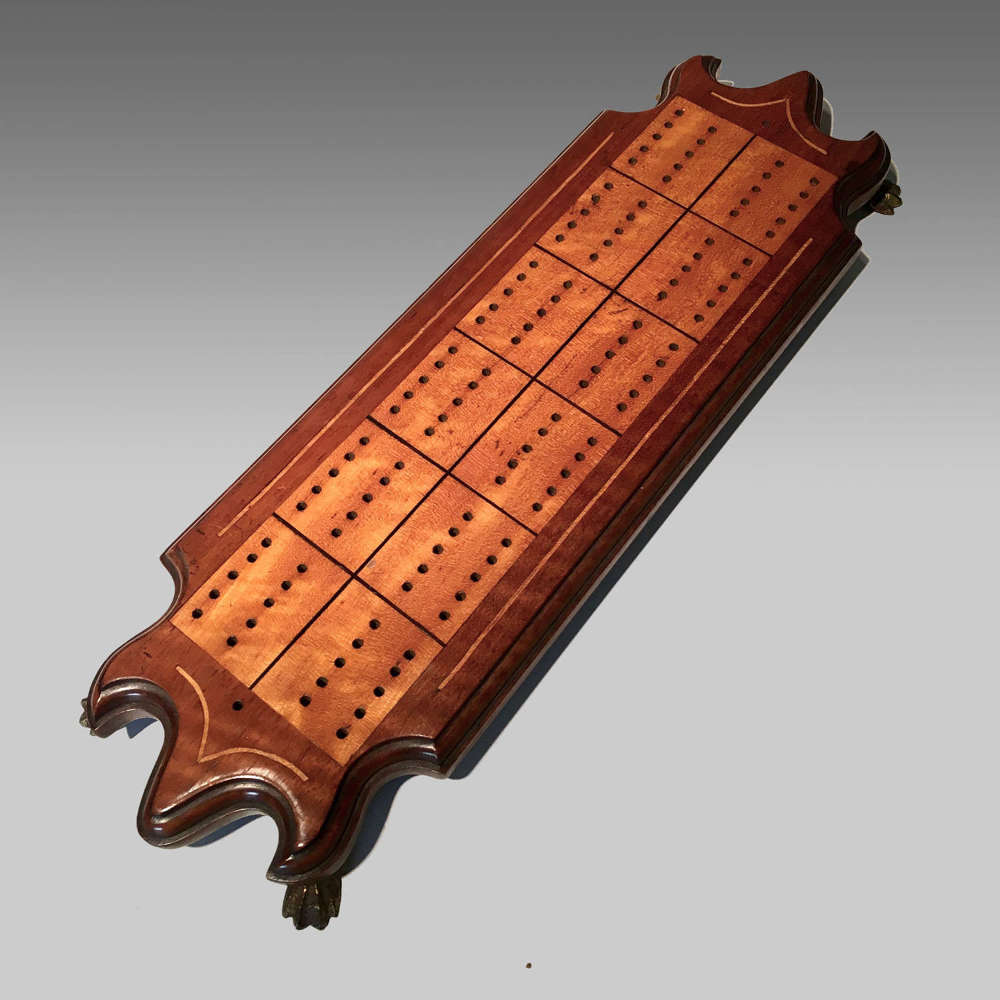 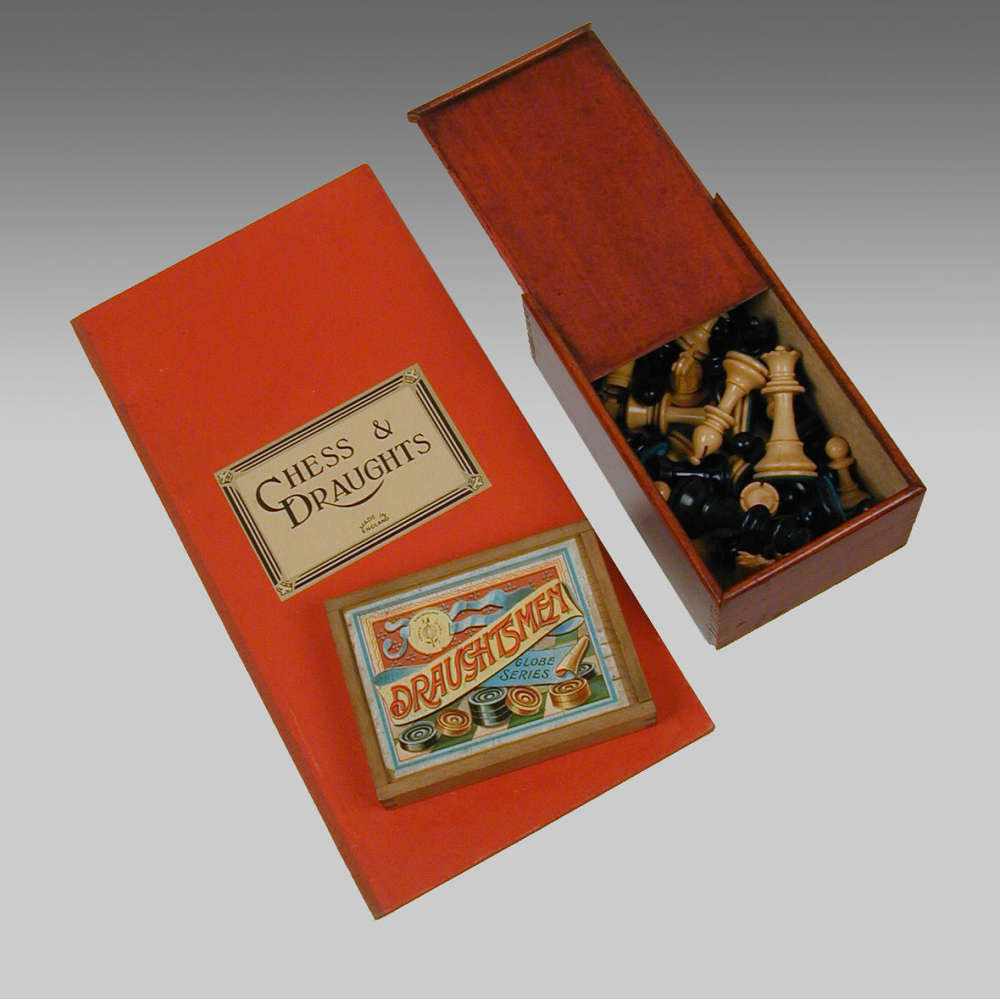 Vintage English boxed Chessmen and Dominoes with folding board 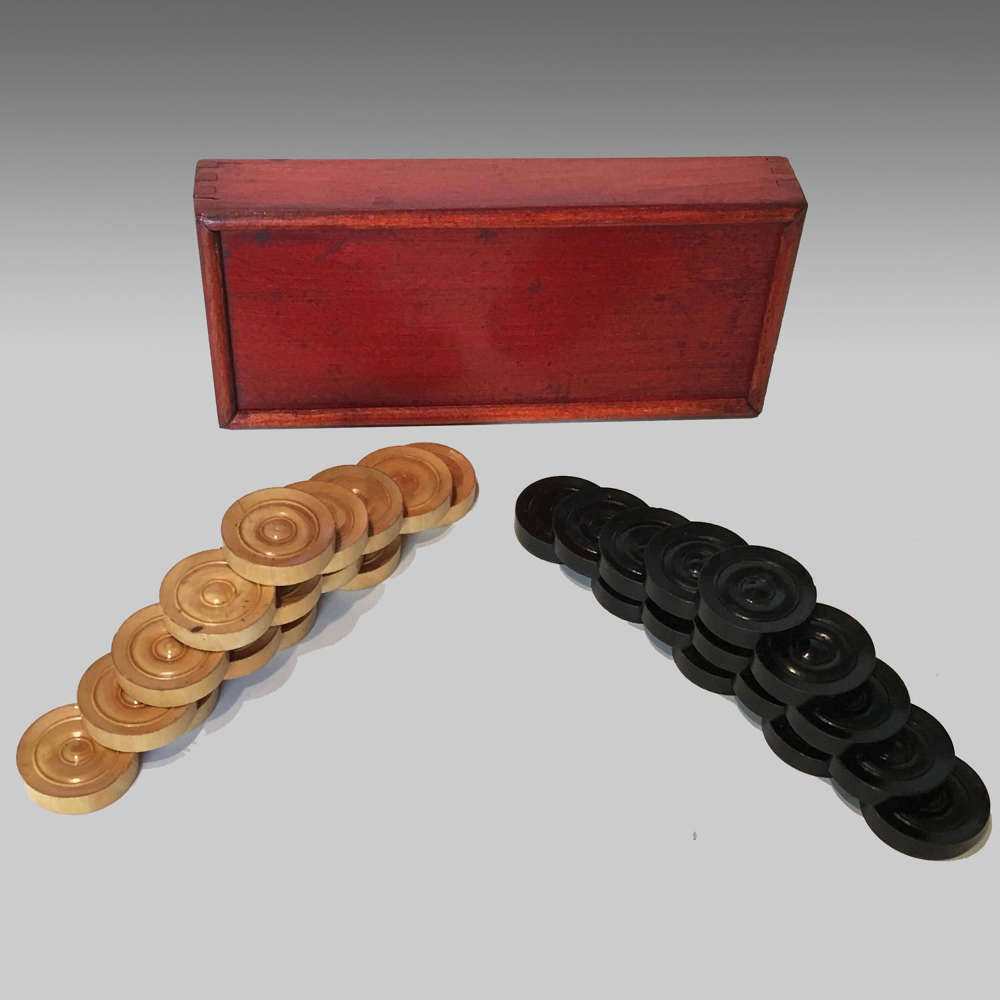 Boxed set of boxwood and ebony backgammon or draughtsmen 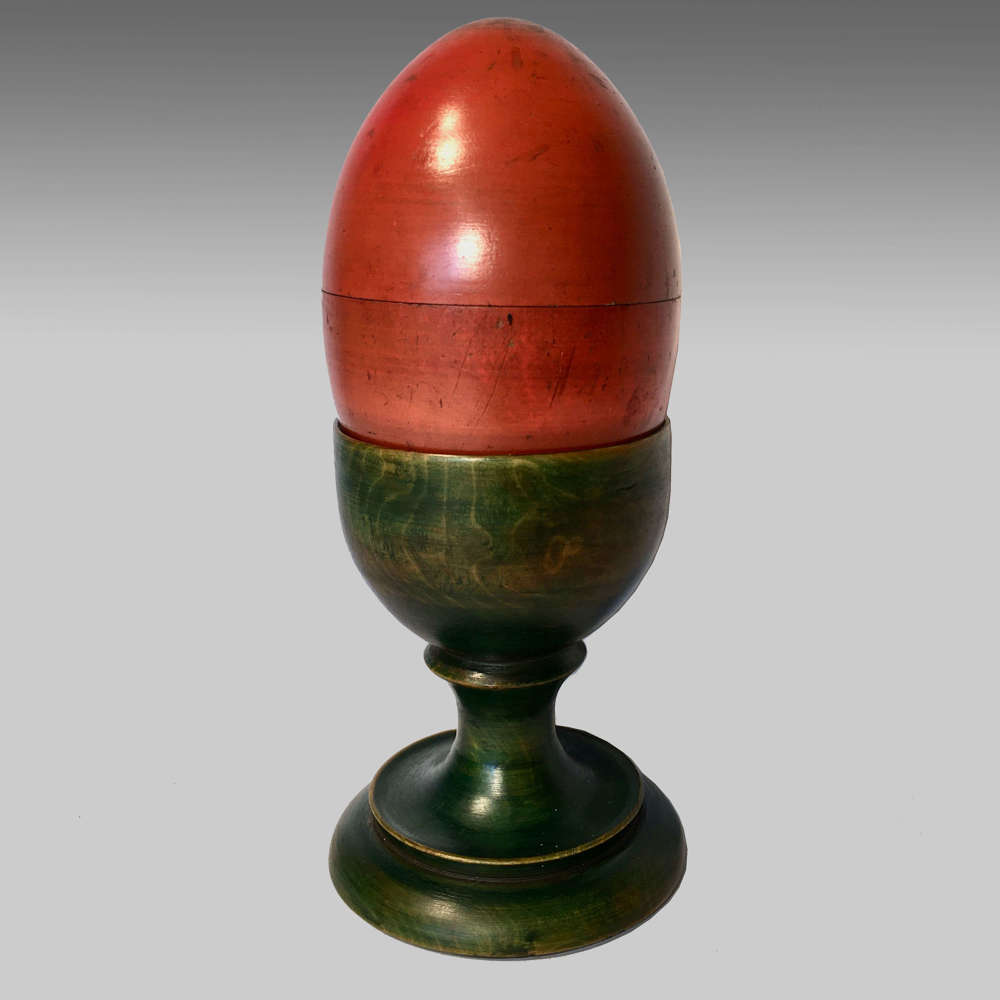 Watercolour Prince of Wales Own Guards Horseback By Henry Martens