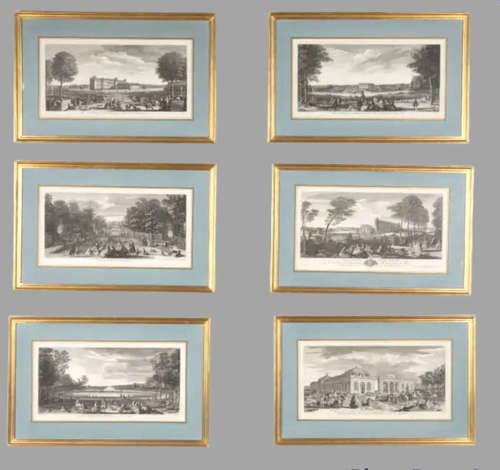 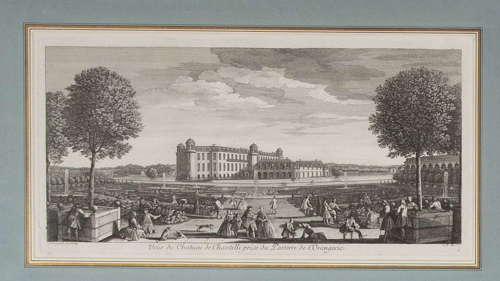 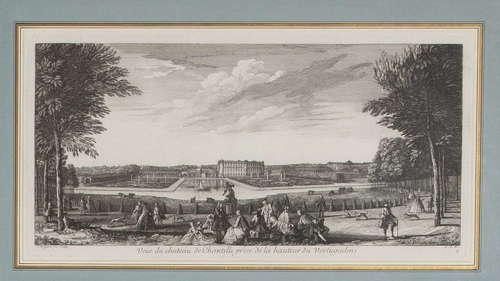 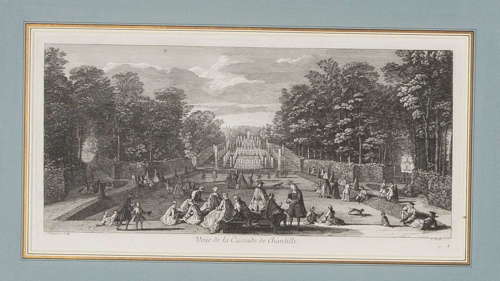 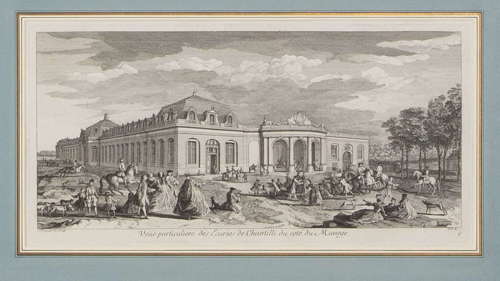 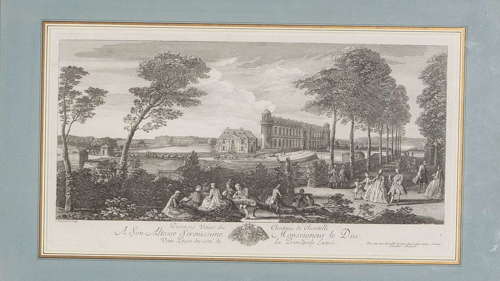 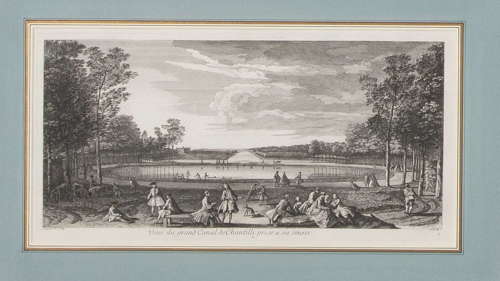 Jacques Riguad-The son of an apothecary, the draughtsman and engraver Jacques Rigaud was born near Aix-en-Provence and began his career in Marseille, although little is known of his training and early life. He seems to have started his career under the protection and patronage of Nicolas Lamoignon, Marquis de Basville, a magistrate and governor of the Languedoc region. Rigaud’s earliest dated drawing is a large and panoramic View of Toulon During the Siege of 1707, executed when the artist was twenty-six years old; the drawing, which was also reproduced as an engraving, is today in the Musée du Vieux Toulon1. Rigaud came to be best known as a printmaker, with an oeuvre of around two hundred prints. Until 1720 he worked in Marseille and elsewhere in Provence, creating a number of engravings under the themes of Scènes de jeux et fêtes en Provence and Marines où sont représentés divers sujets des galères; the latter series was dedicated to Jean-Philippe d’Orléans, known as the Chevalier d’Orléans, who served as général des galères for his father, Philippe d’Orléans, Regent of France.

In 1720 Rigaud produced four remarkable views of Marseille during the plague of that year, but soon afterwards settled in Paris, where he worked as a draughtsman and printseller, with a shop on the rue Saint Jacques. Aptly described by the modern architectural and garden historian John Harris as ‘a most exquisite draughtsman’2, Rigaud became known in particular for his drawings of views of Paris and other French cities, châteaux and gardens, most of which were published as sets of engravings, notably Les Promenades du Luxembourg, which appeared in 1729, and the magisterial series Les Maisons Royales de France, which he began the following year. Rigaud’s most important work, and among the most celebrated prints of the 18th century in France, the series of Maisons Royales de France - numbering 138 prints in total - was eventually completed by the artist’s nephew, Jean-Baptiste Rigaud.

In February 1733 Rigaud travelled to London, apparently at the invitation of the Royal Gardener, Charles Bridgeman. He worked in England for about a year and a half, mainly in London, where he produced views of the Royal residences and parks, including St. James’s Park, Hampton Court and Richmond. He also worked for a number of aristocratic and noble patrons, producing views of Stowe for Lord Cobham and the garden at Chiswick House for Lord Burlington, as well as views of Claremont for the Duke of Newcastle.