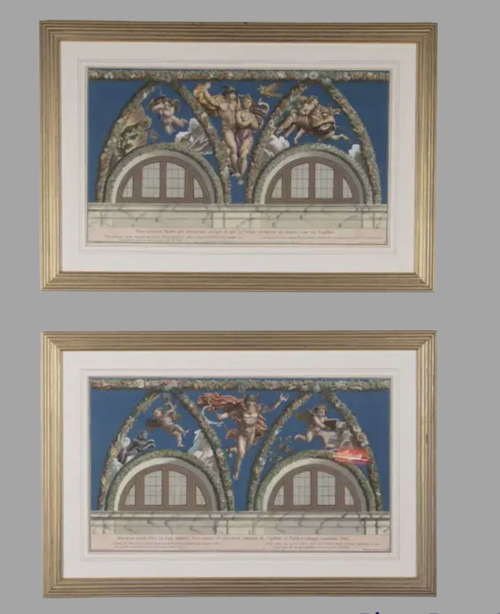 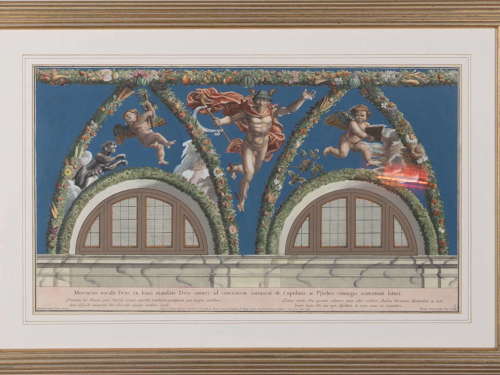 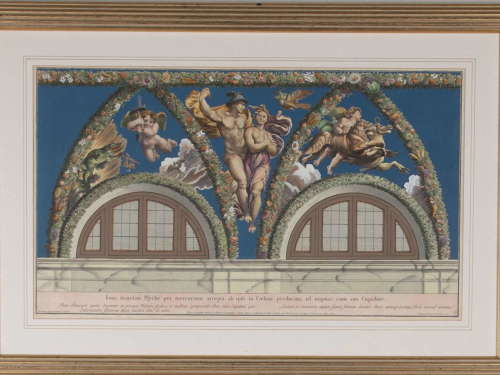 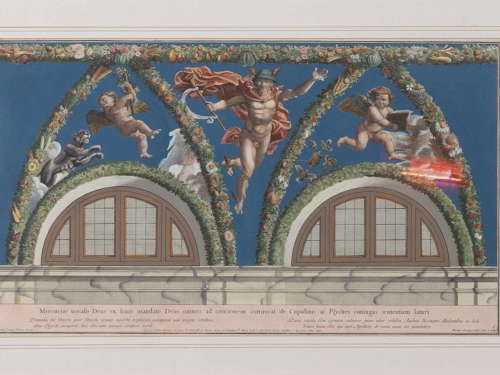 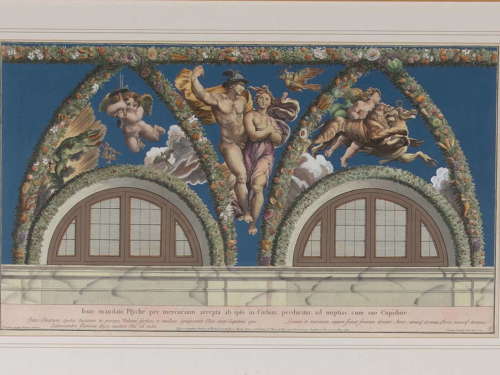 Two Beautiful Engravings by Raphael Cupid & Psyche and Mercury Descending to Earth both after Fresco's 1693.

The story of Cupid and Psyche: Venus sending Cupid to Psyche. Engraving by N. Dorigny, 1693, after Raphael and Mercury descending from the sky a trumpet in his right hand after Raphael's fresco in the Chigi Gallery of the Villa Farnesina in Rome, Engraving by Nicholas Dorigny after Rapheal fresco.

Original antique engravings with modern bodycolour . Both originate from a series of twelve lates which can be found in Villa Farnesina. this villa in the district of Trastevere in Rome.

Arundel Society chromolithograph of the Annunciation

The Battle of Modder River Chromolithograph