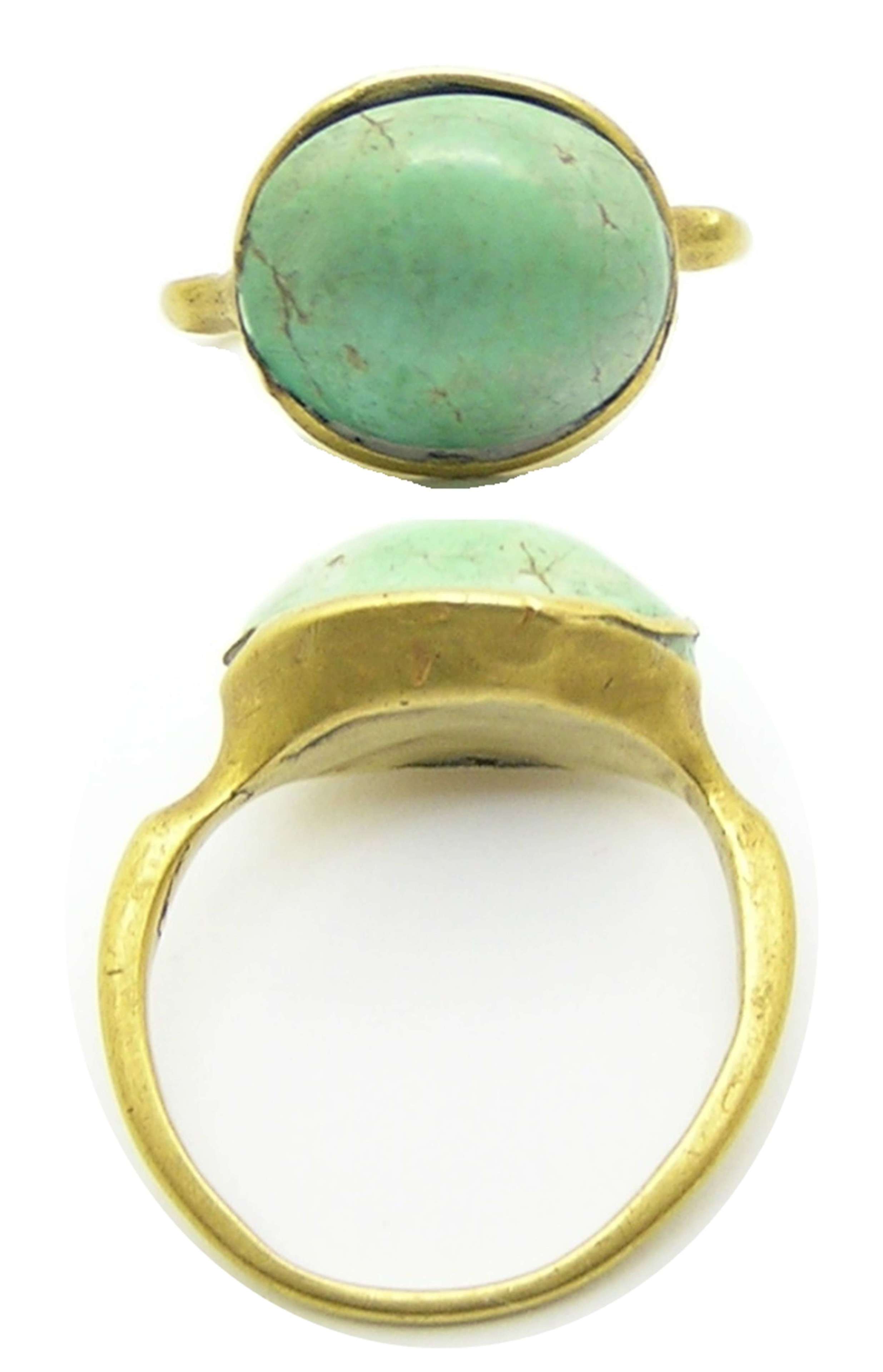 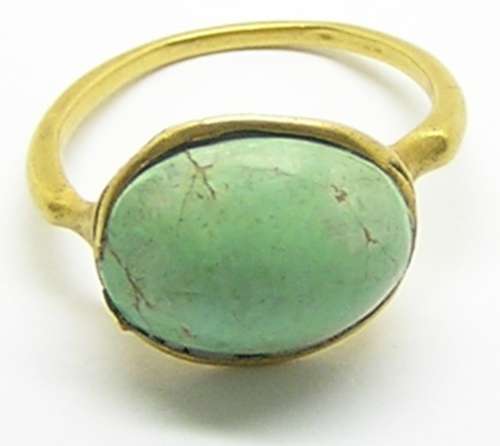 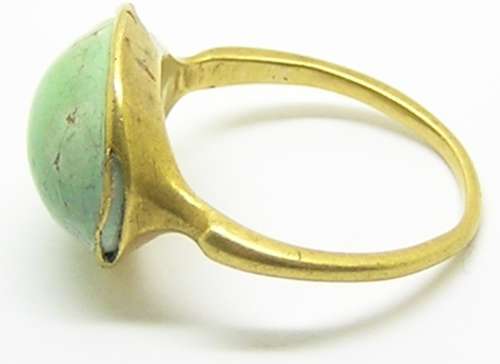 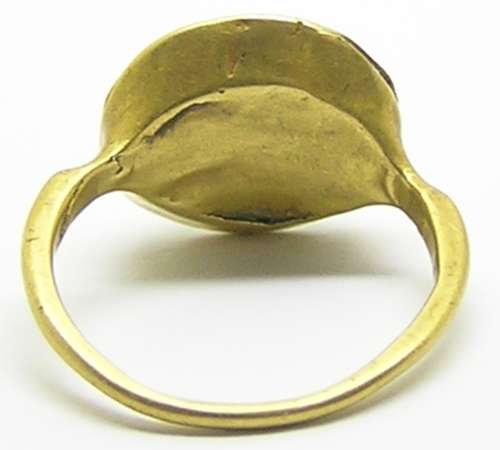 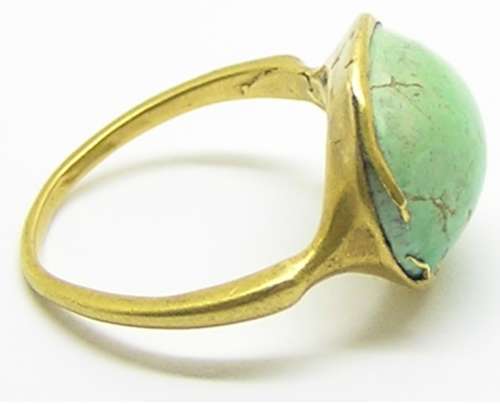 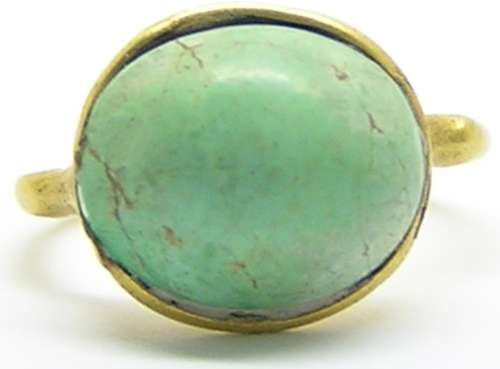 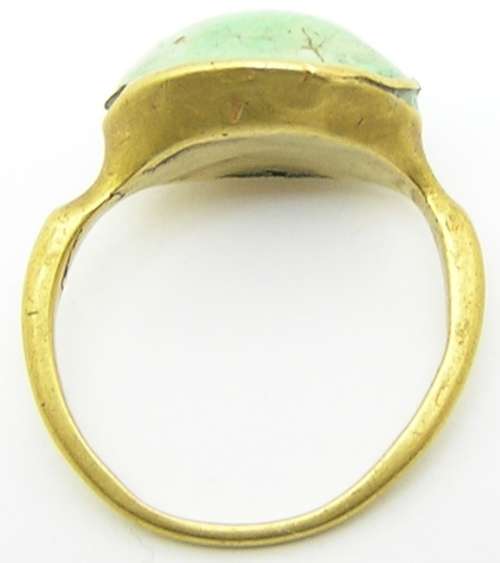 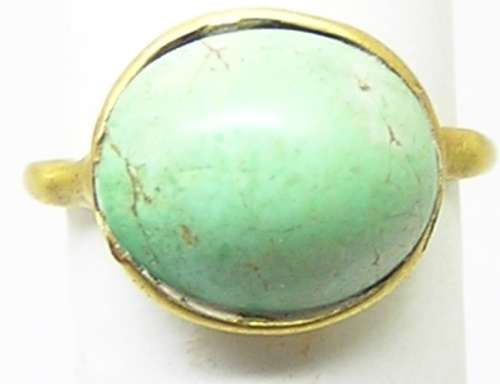 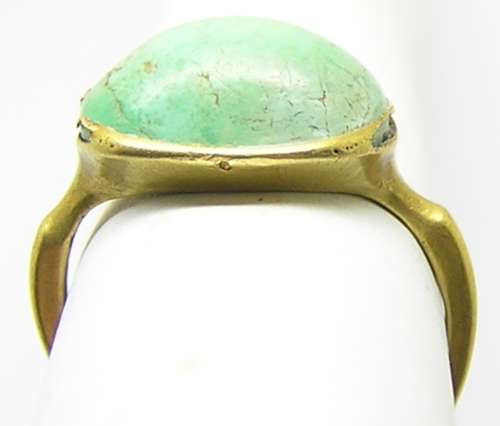 This is an ancient Roman gold finger ring of a Guiraud type 3, which dates to the end of the 2nd and first three-quarters of the 3rd century (1989, 185). This example is still set with the original cabochon natural turquoise gemstone in a colleted bezel. The sides of the bezel are worn through but the gem is solid and tightly rubbed with no movement. The gem would have most likely originated from the Serabit el-Khadim and Wadi Maghareh mines, believed to be among the oldest of known mines in Egypt, located in the Sinai region. The former mine is situated about 4 kilometers from an ancient temple dedicated to the deity Hathor. The colour of Sinai material is typically greener than that of Iranian material but is thought to be stable and fairly durable. Often referred to as "Egyptian turquoise". This turquoise gem was highly prized and traded throughout the empire, from extensive Ptolemaic trade routes and later from Alexandria.

PROVENANCE: Formerly in a Cambridgeshire collection 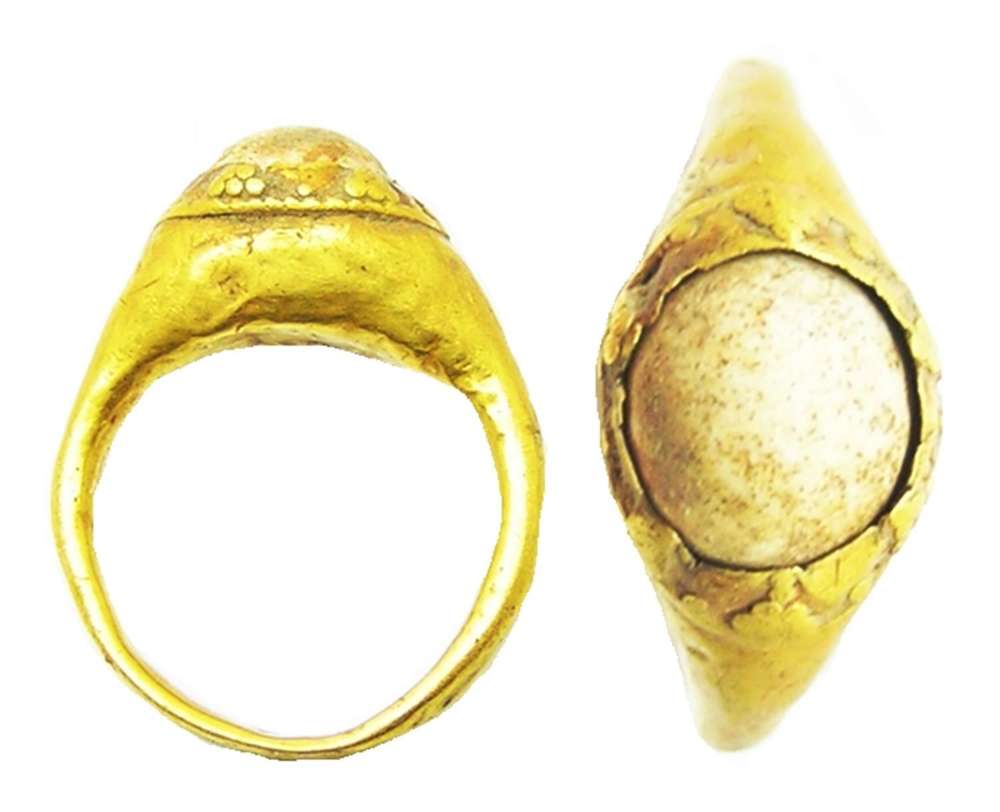 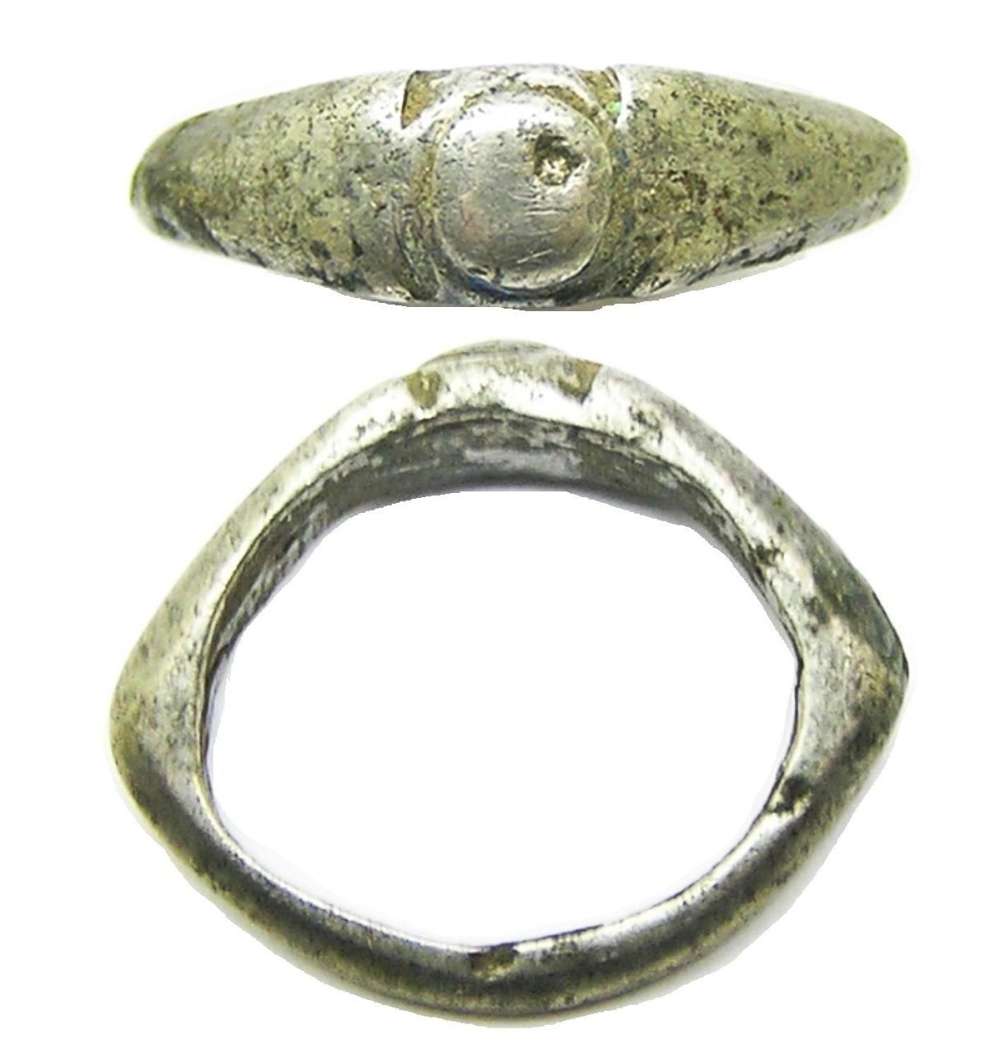 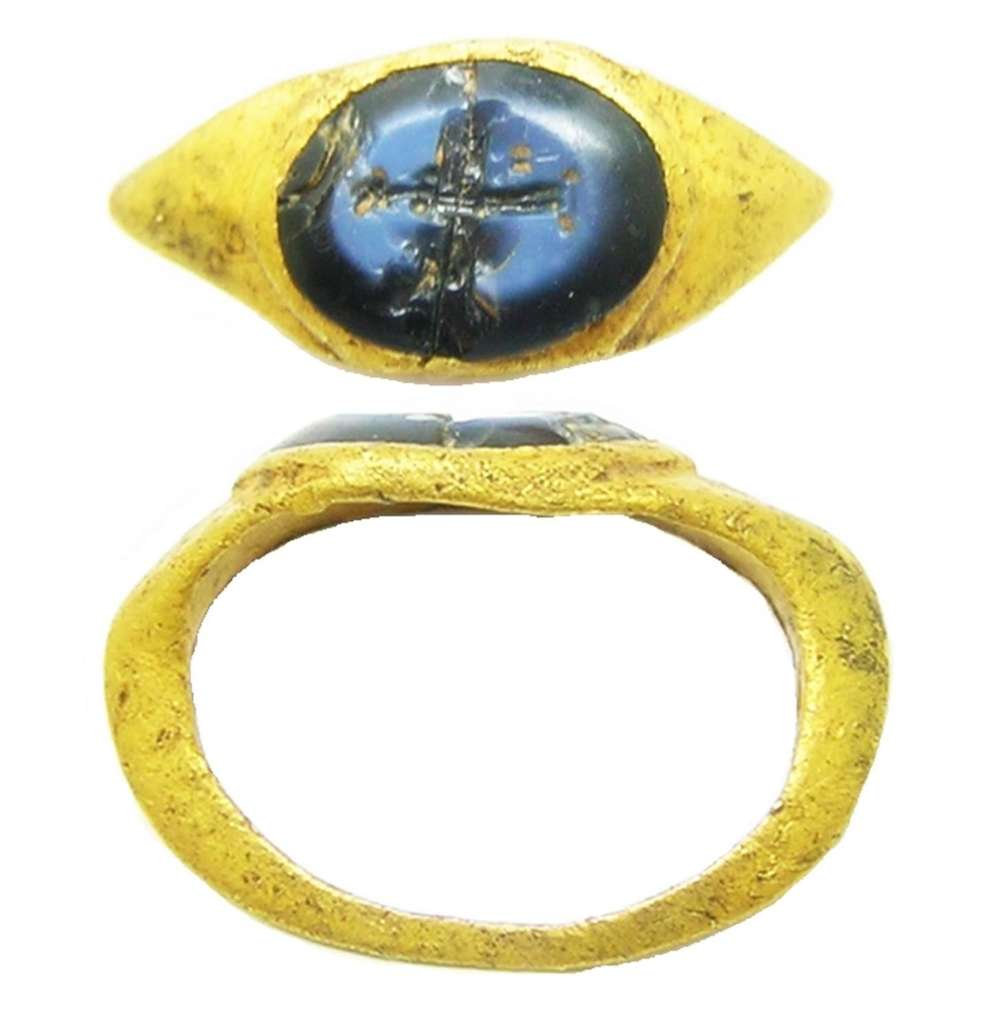 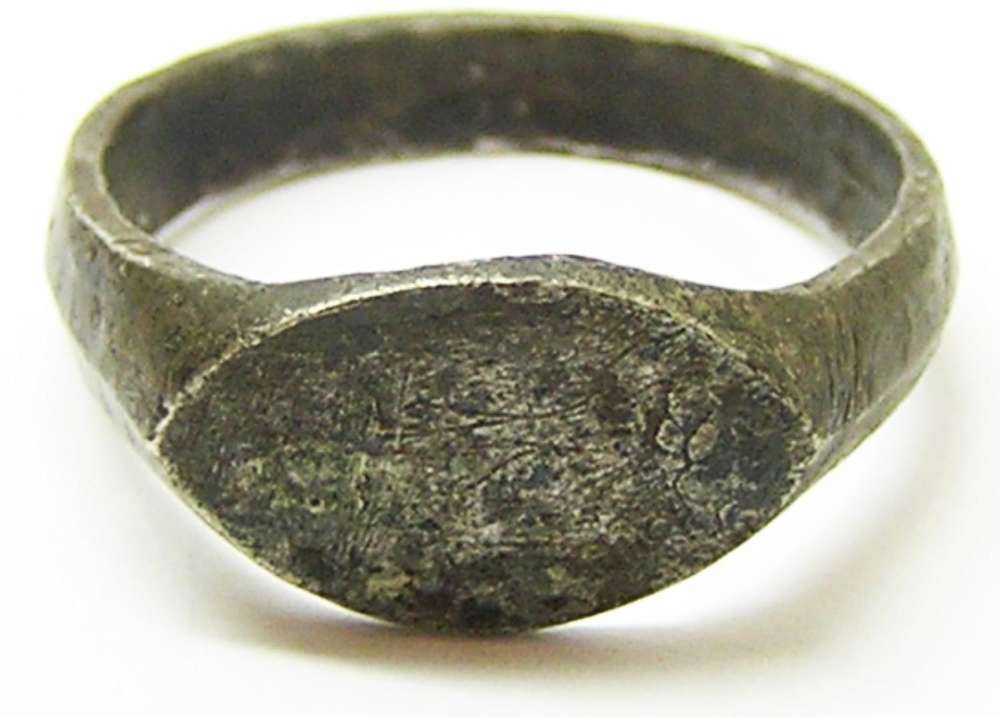 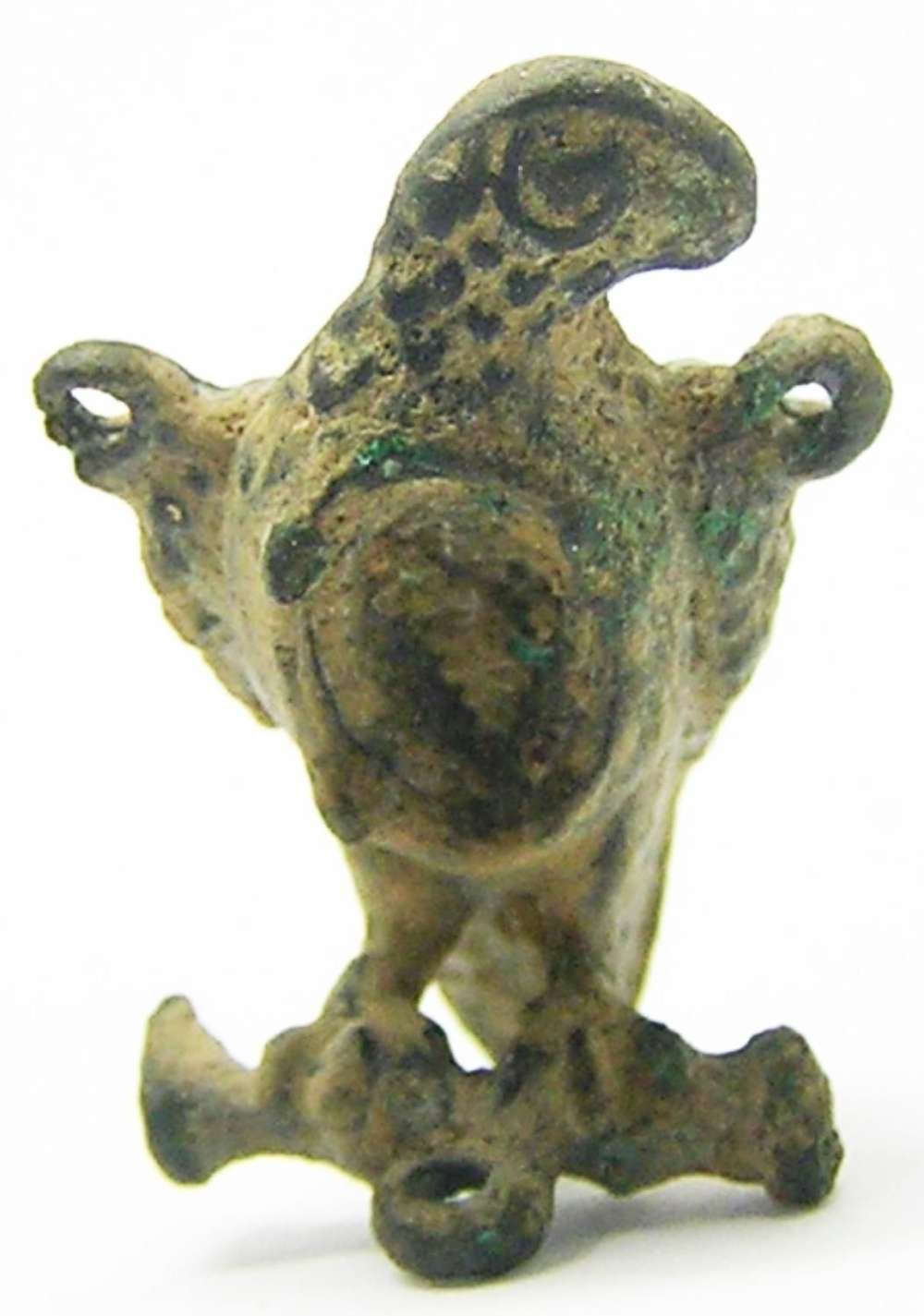 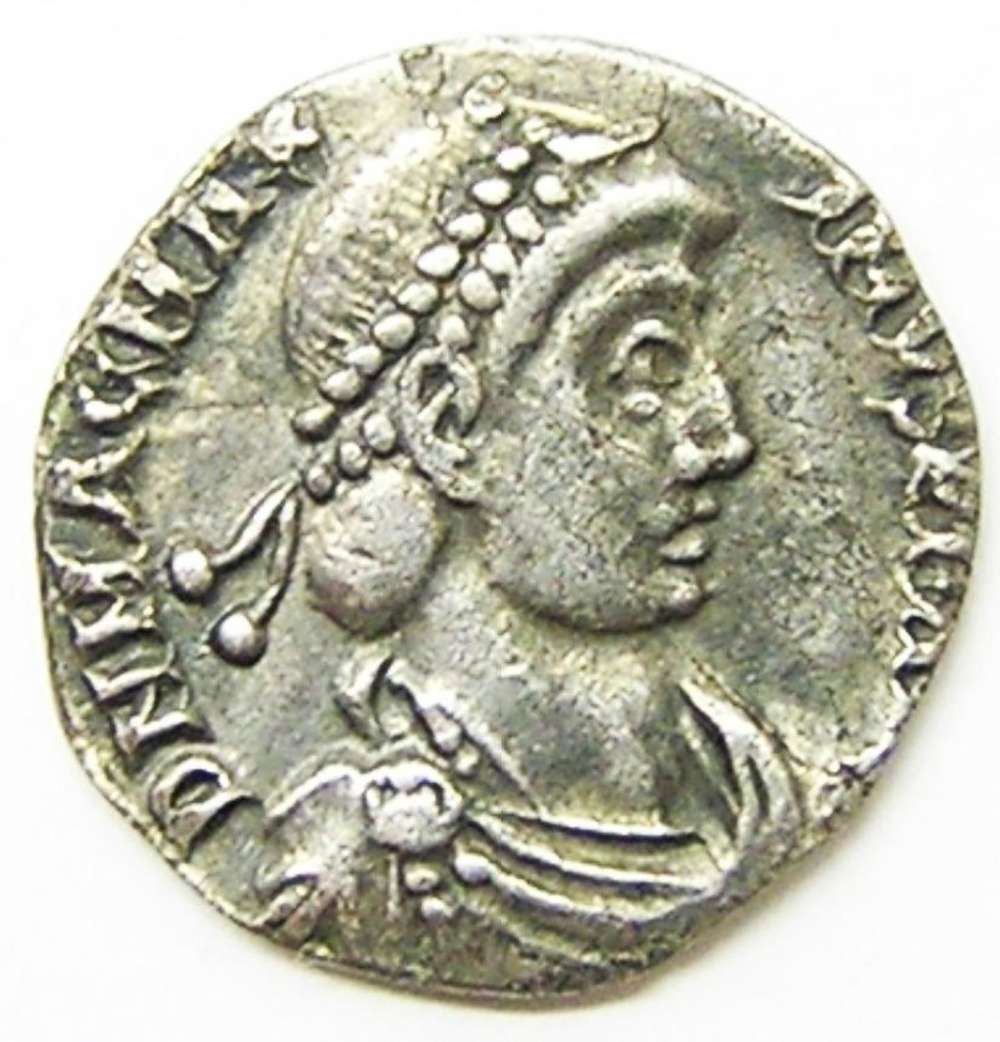 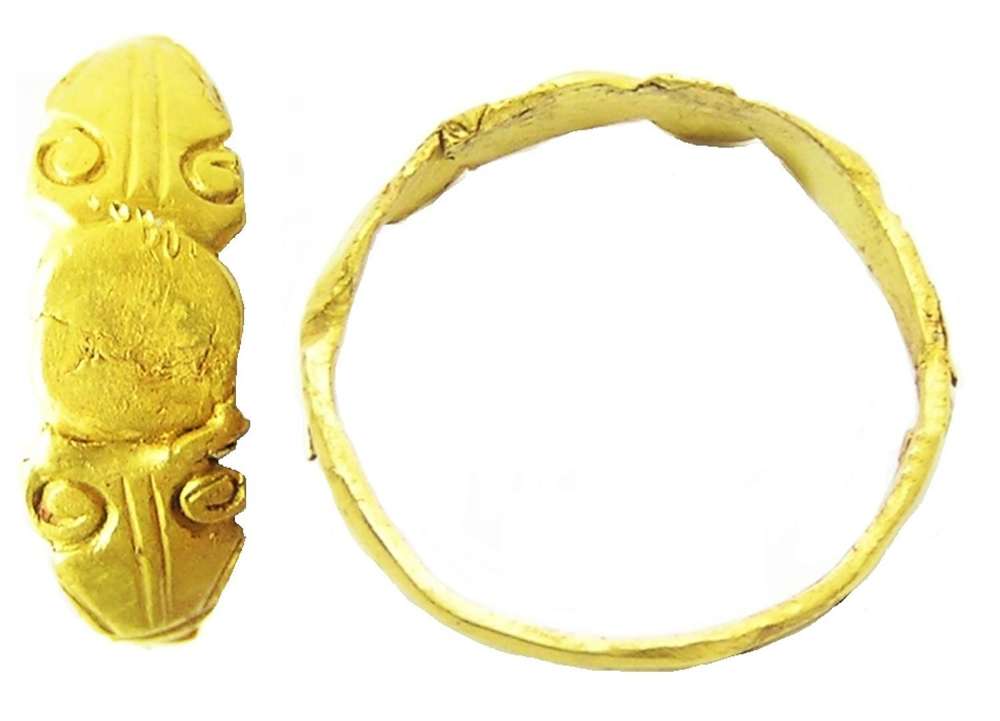 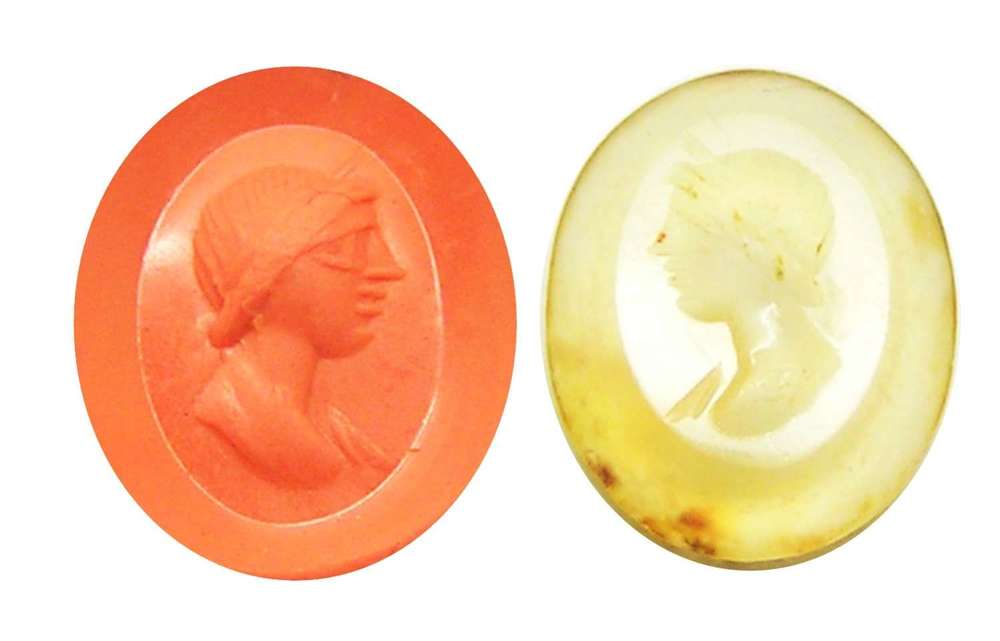