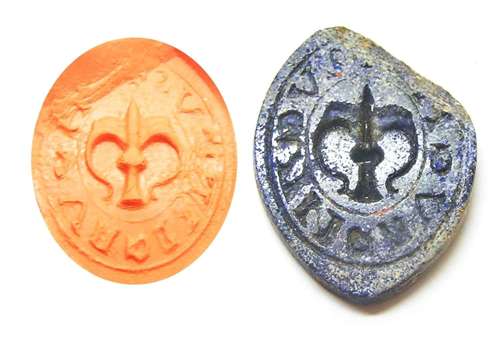 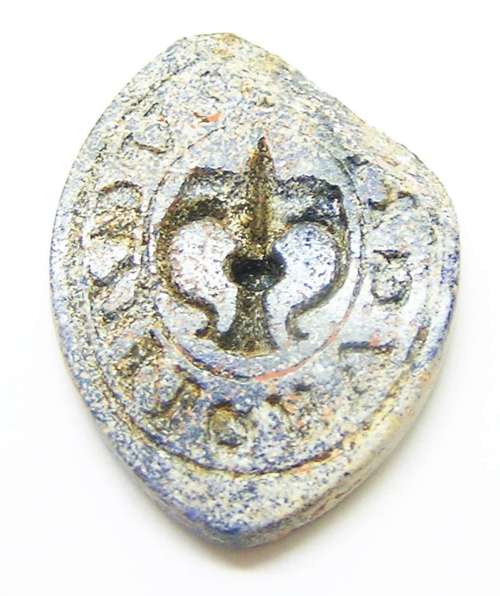 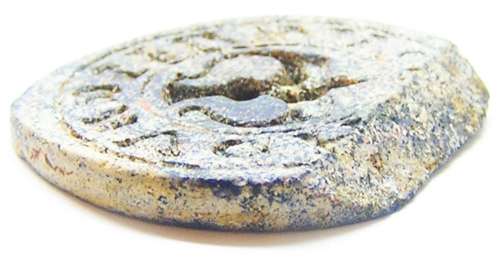 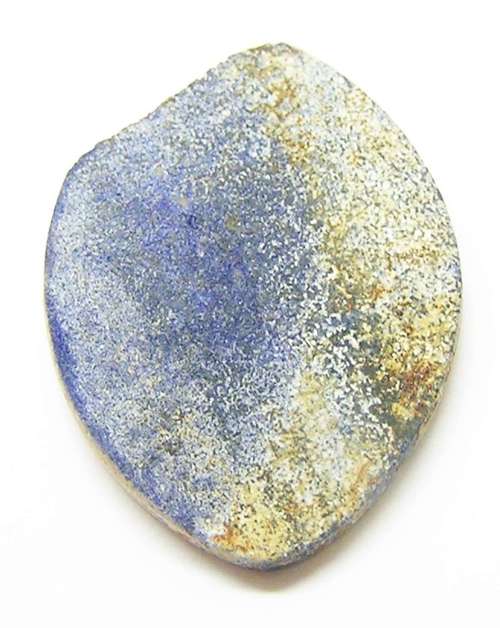 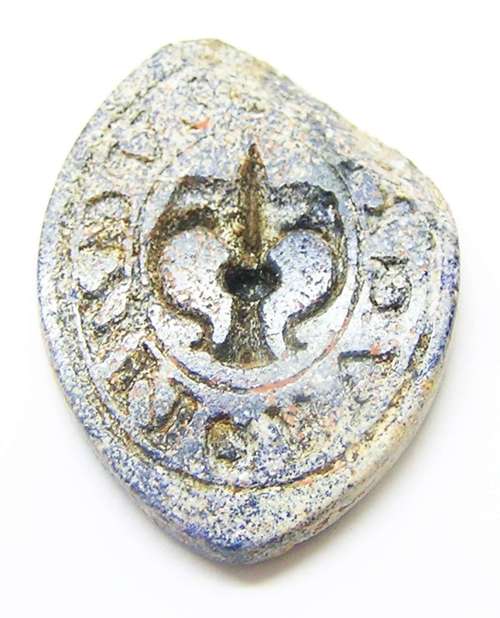 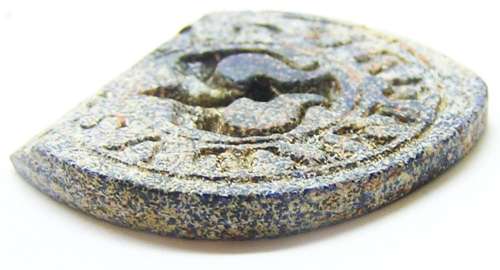 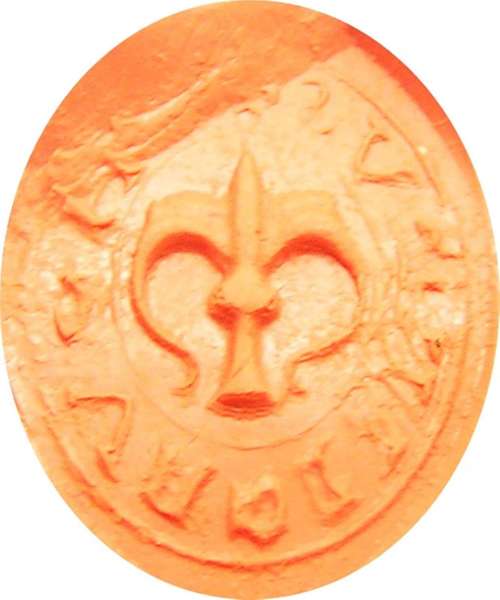 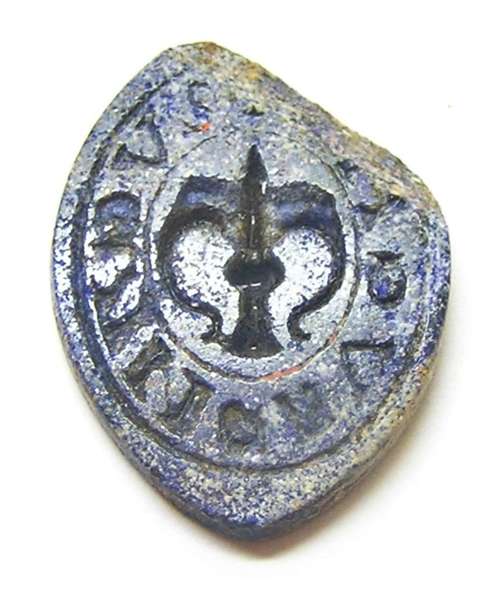 This is a rare and unusual medieval intaglio seal, dating to the 13th - 14th centuries. It is cut on a lapis lazuli gemstone, an unusual material for this period. Lapis lazuli was used as a pigment in illuminations (mainly for the dark blue colours of the Virgin Mary) it was one of the most expensive of pigments and imported through the Holy Land and by merchants in Florence.  This intaglio is shaped as a vesica seal, the central device appears to represent a fleur, around which is cut in Lombardic lettering "SVERNEAVEM".

The seal is of a pointed oval, the top may have extended with a suspension loop to be worn as a pendant, the chip has probably removed this. A rare seal that deserves further research.