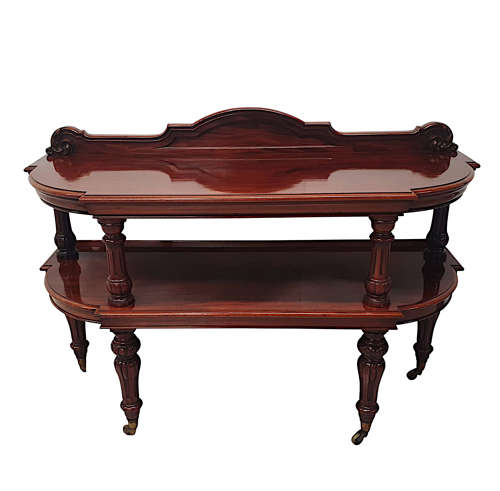 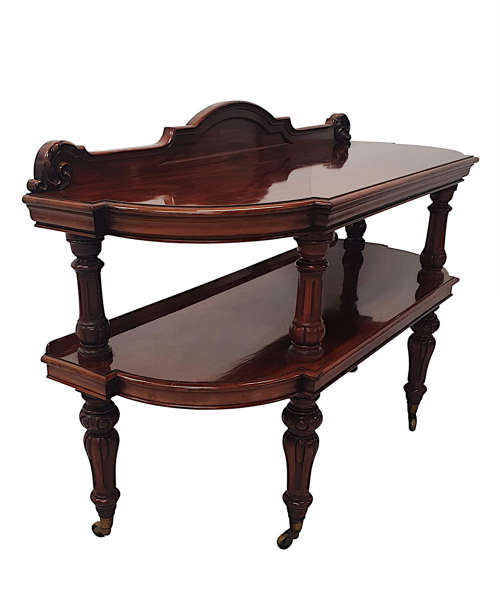 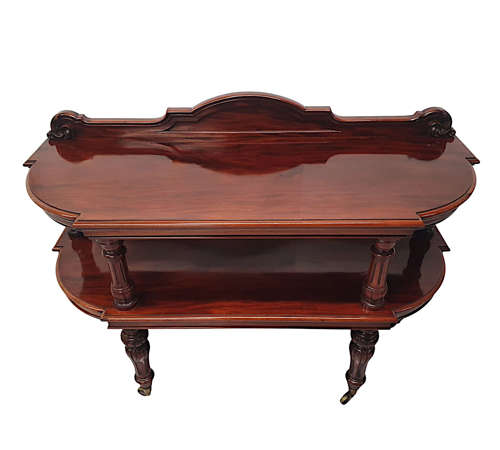 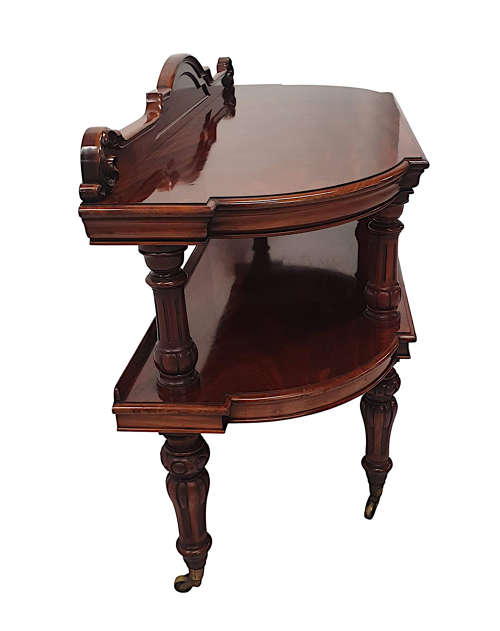 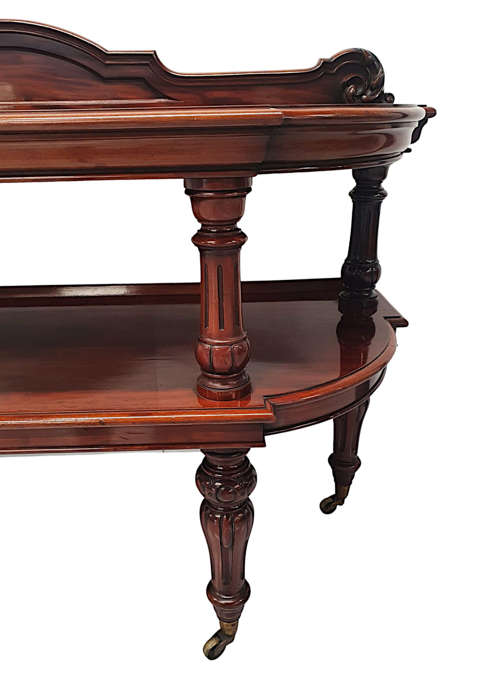 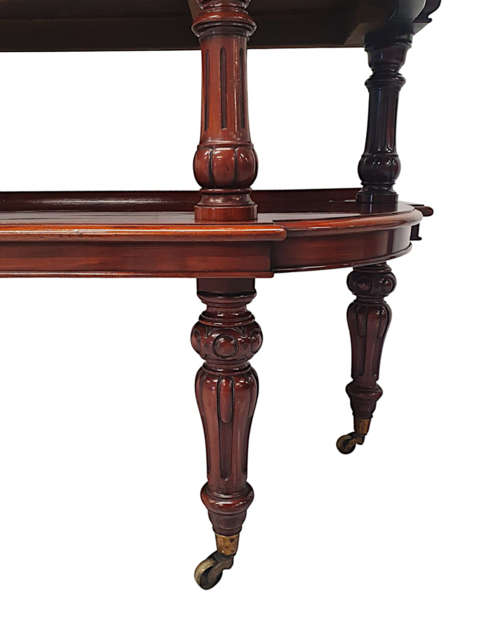 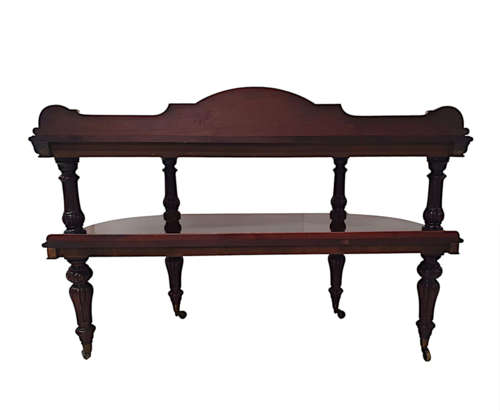 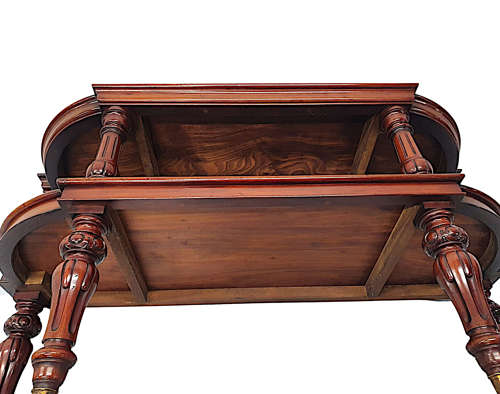 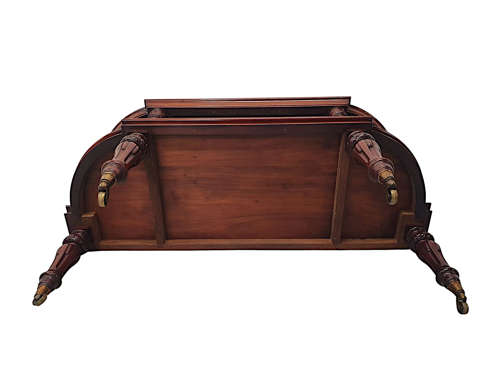 A very fine 19th Century mahogany side or serving table in the manner of Gillows of Lancaster and London.  Stunningly hand carved with rich patination, the shaped and moulded top with curved gallery back rail with foliate motif detail, raised above ring turned and fluted supports leading to a second tier above finely carved tapering, ring turned and fluted legs terminating on brass casters.

Gillows of Lancaster and London

Gillows were renowned for making some of the finest mahogany furniture in England in the early 18th century. Based originally in Lancashire they opened a branch in Oxford Street, London in 1769 and quickly established a thriving business. The company had dealings with the West Indies and the imported mahogany which allowed them to produce items made of the best timber.   As well as a broad metropolitan client base Gillows was also successful in supplying a great amount of furniture to a variety of northern country houses such as a considerable commission in Cheshire for the Marquess (later Duke) of Westminster at Eaton Hall as well as to the Egertons at Tatton Park.  Pieces of Gillow furniture can now be seen in museums in London, Leeds, Adelaide, Melbourne, and Auckland, as well as a collection in the Gillow Museum in the Judges' Lodgings, Lancaster.   The furniture can also be seen in houses open to the public such as Tatton Park, Temple Newsam House and Lotherton Hall as part of the decorative arts collections.

Other items in Antique Serving Tables

View all in Antique Serving Tables