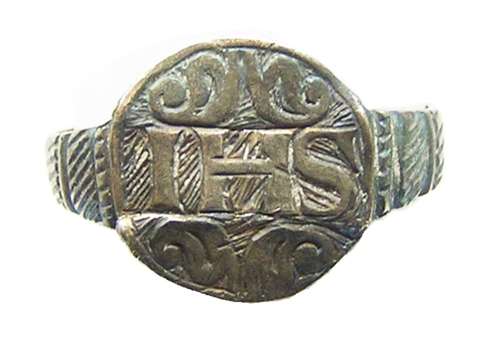 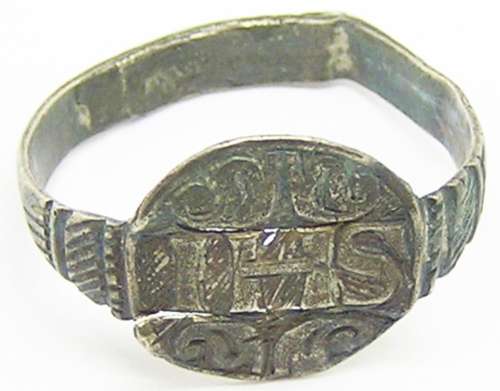 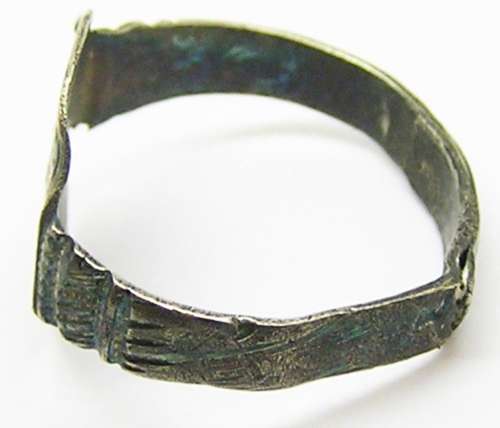 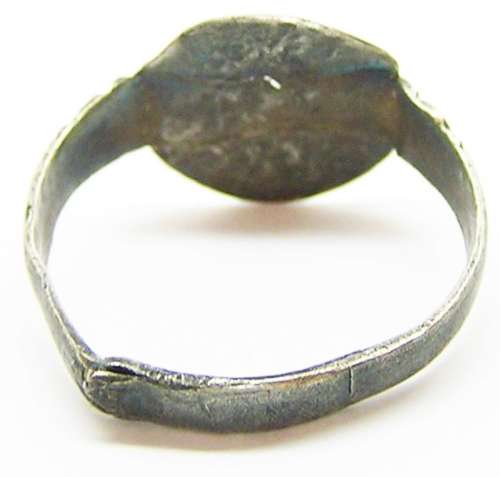 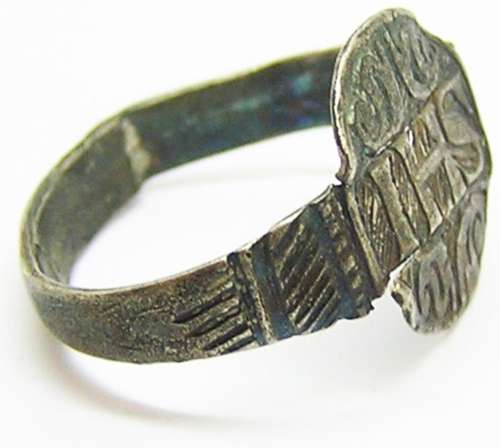 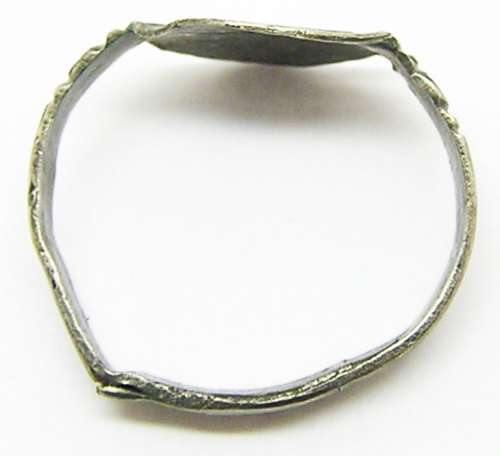 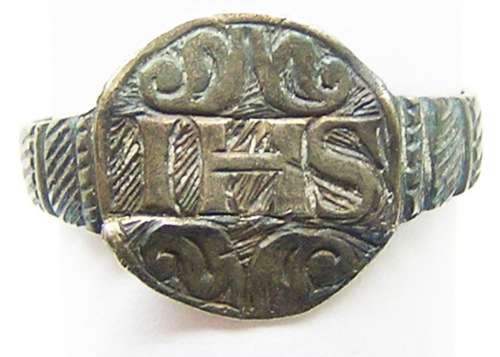 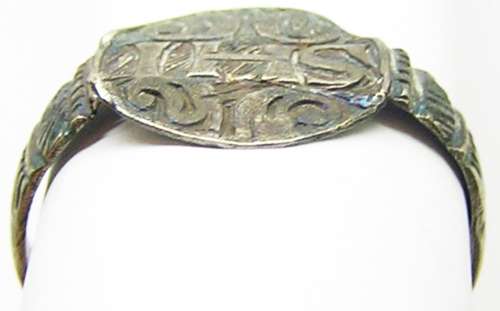 This is a Renaissance silver finger ring, dating to the 16th - 17th century A.D.The ring has a large decorated bezel, engraved with the Christogram "IHS". The bezel is finely engraved, so too are the shoulders.

The IHS Christogram is interpreted as meaning Iesus Hominum Salvator ("Jesus, Saviour of men" in Latin) or connected with In Hoc Signo. Such interpretations are known as backronyms. Used in Latin since the seventh century, the first use of IHS in an English document dates from the fourteenth century. The most famous use of this Christogram is on the seal of the order of Jesuits, who worked for the Vatican. Jesuits were especially involved in the counter-Reformation, having agents in England working directly on the orders of the Pope.

This ring has survived in excavated condition, it has an old repair to the band with a crack on the bezel.