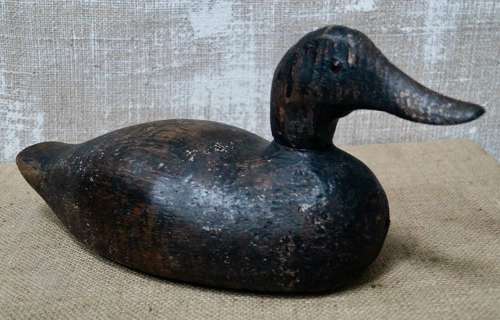 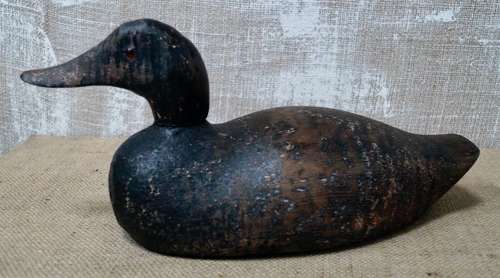 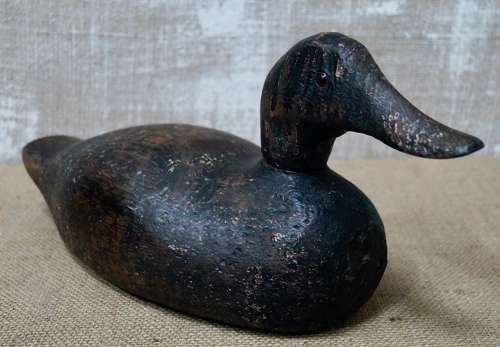 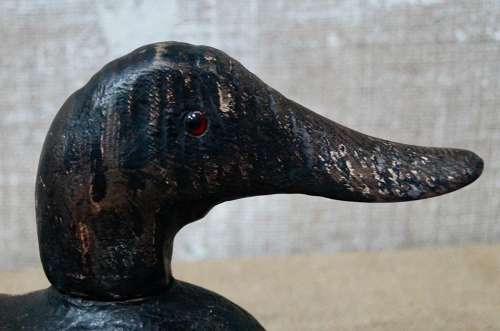 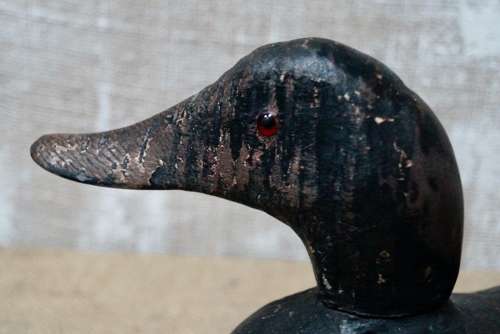 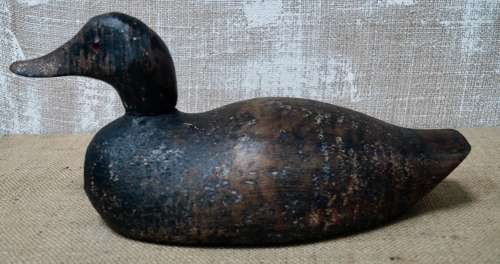 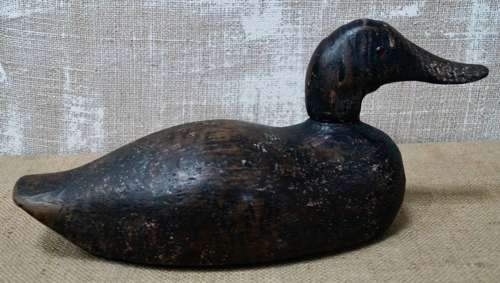 A Rare 19th Century English decoy duck, made from wood, the duck has a raised head with realistic features, retaining the original paint and glass beaded eyes. C1900
A duck decoy is a man-made object resembling a real duck. Duck decoys were historically carved from wood and used in hunting, made to resemble the real thing to lure in other ducks.
A very charming and decorative piece, remains in original condition.