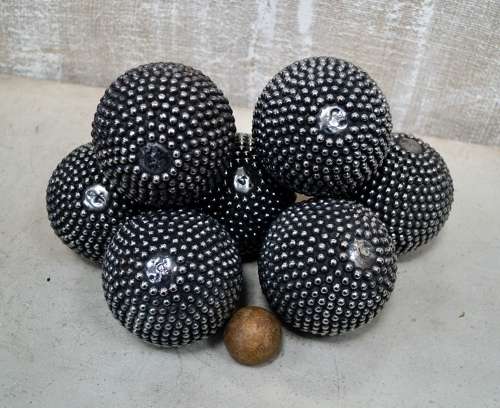 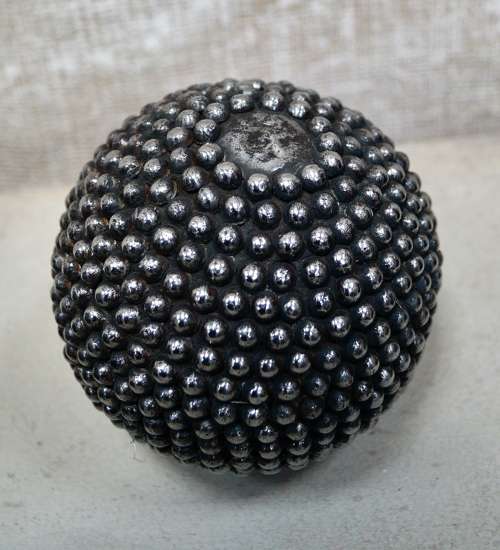 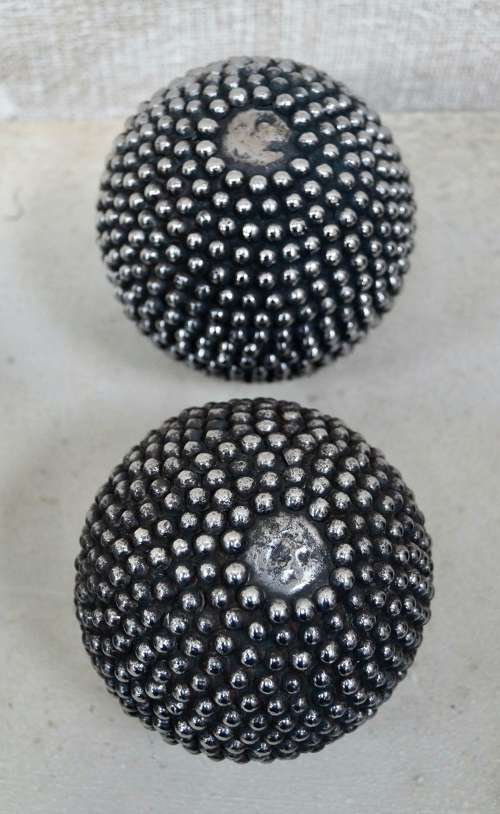 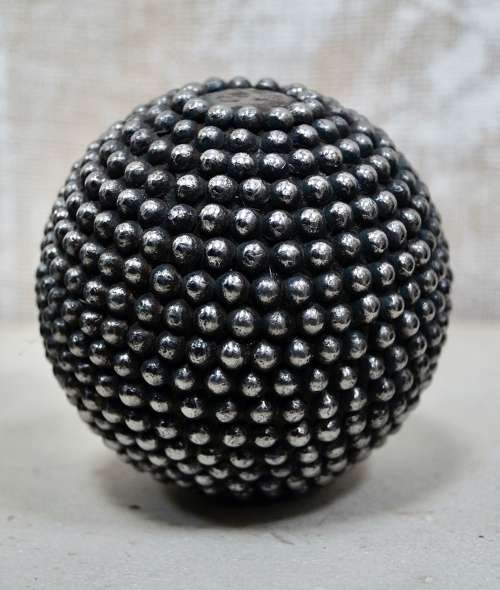 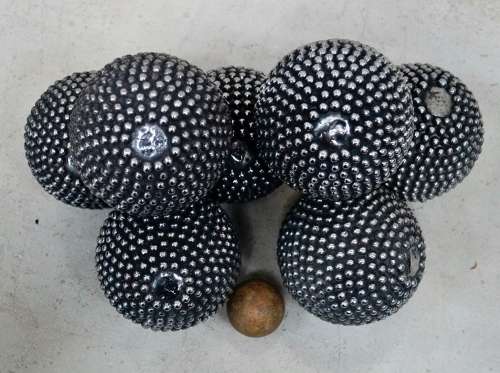 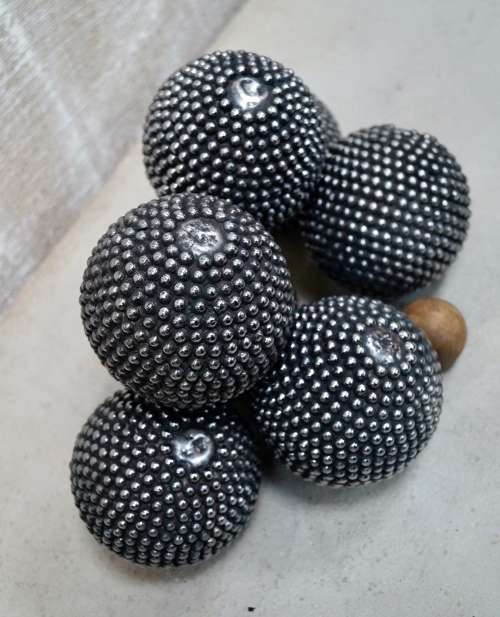 A Rare Collection of French Petanque Boules (Nail Balls). Made from burnished steel studs nailed into a wooden core, these Boules have been polished to reveal these beautiful studs, comes with the wooden jack ball, originating from the area of Lyons. C1870.
Boules, a game in which the objective is to throw or roll heavy balls (called boules in France) as close as possible to a small target ball (The Jack).
Before the mid-1800s, European boules games were played with solid wooden balls, usually made from boxwood, a very hard wood. The late 1800s saw the introduction nail Boules, and wooden boules gradually began to be covered with nails, producing boules cloutees (nailed boules).
These Boules would make a lovely decorational piece.