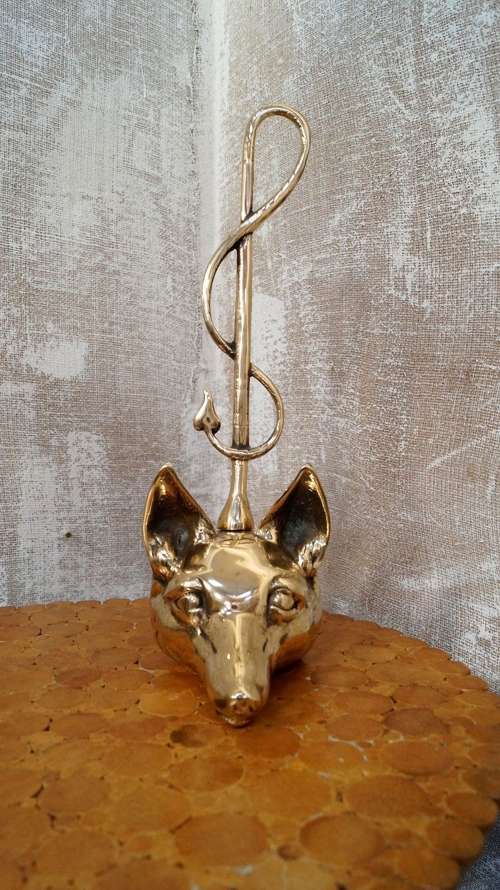 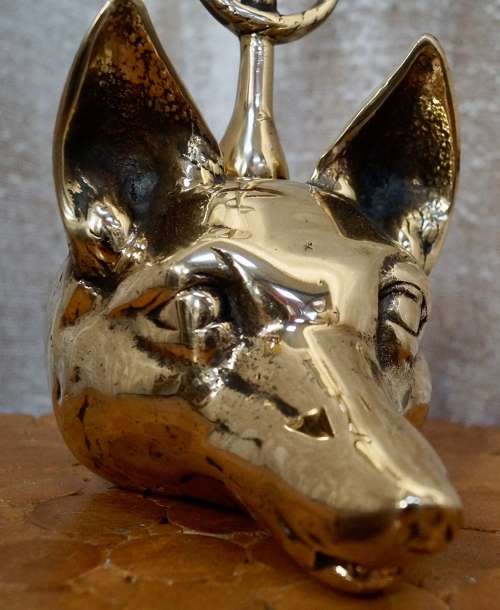 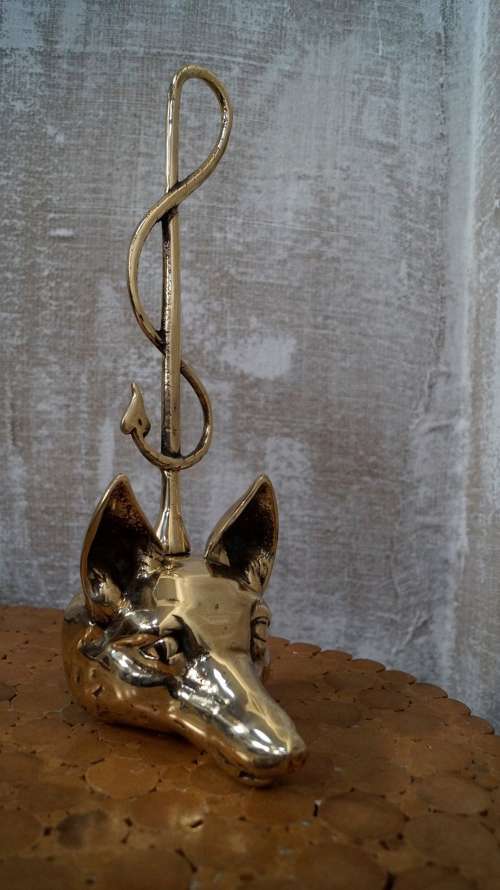 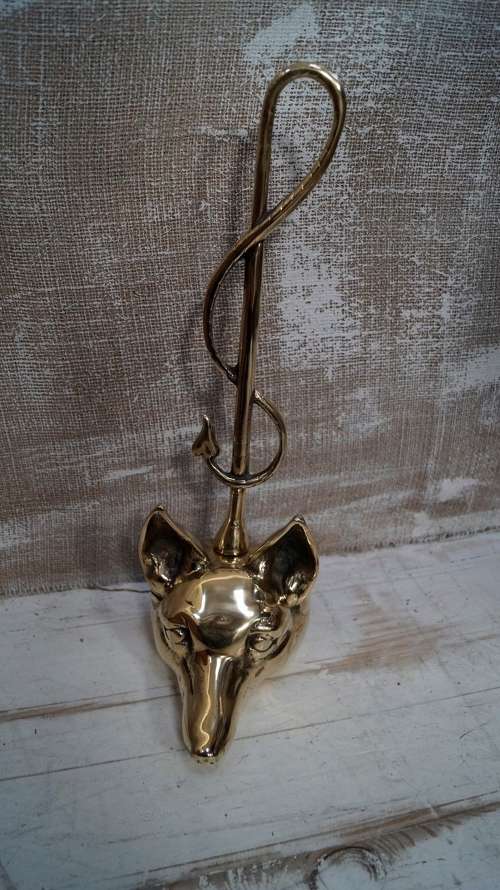 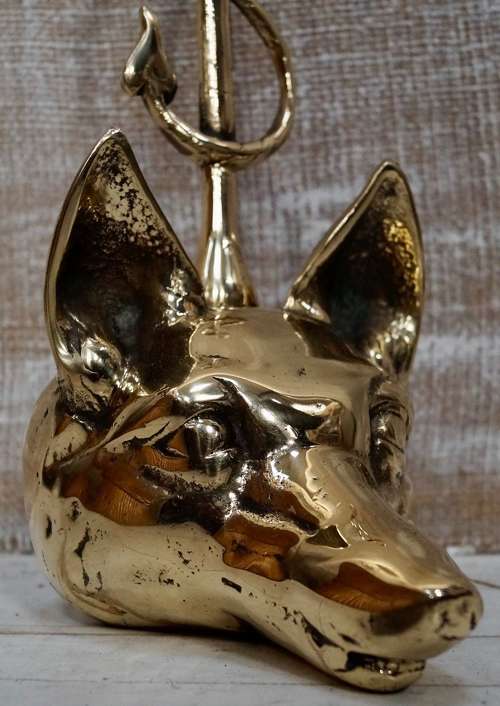 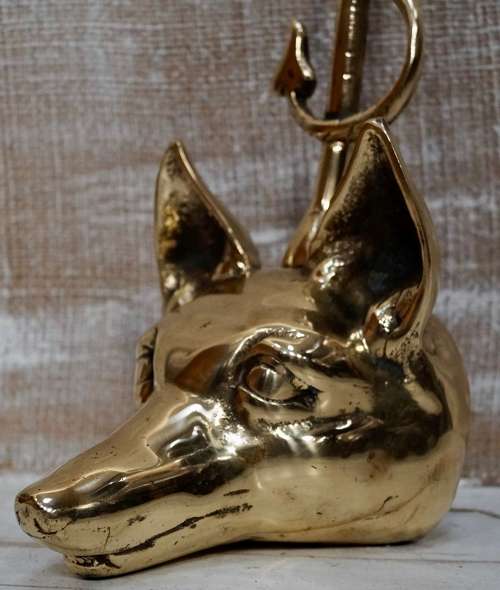 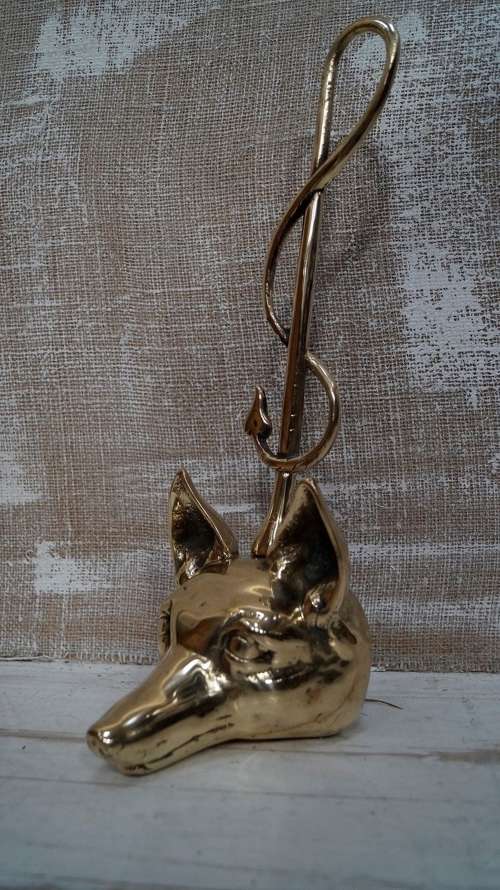 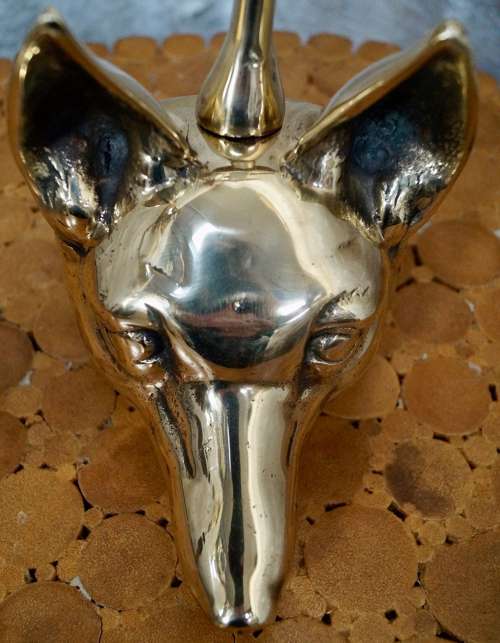 Victorian brass "Fox and Whip" doorstop / hall porter as these are referred to by many. Made in England.
A mid to late 19th century brass and cast iron doorstop. This typical, useful and beautiful doorstop usually found in a Country House or Hunting Estate in England is of great quality and wonderful design.
These were very popular in England, especially during the Victorian era. There are several versions of this doorstop, but this version is the most difficult to come by and the oldest version. Later versions had feet under them, or a cast iron base. On some later versions, the head and base were made completely of cast iron, with the exception of the whip, which is always made of brass. Peerage England produced a lot of these, with cast iron bases, from the early 1900s. Victorian fox head door stop.
A great, functional collectors piece. C1870