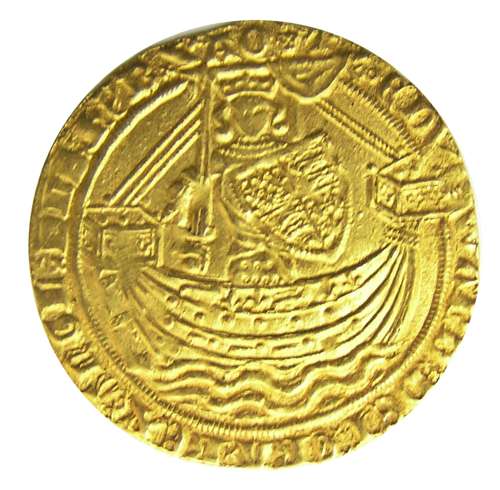 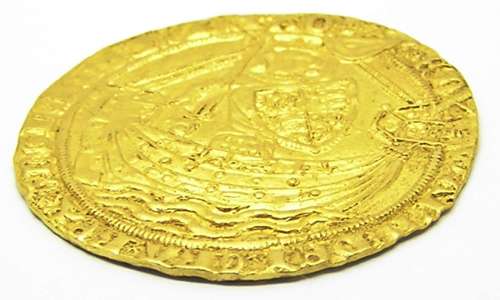 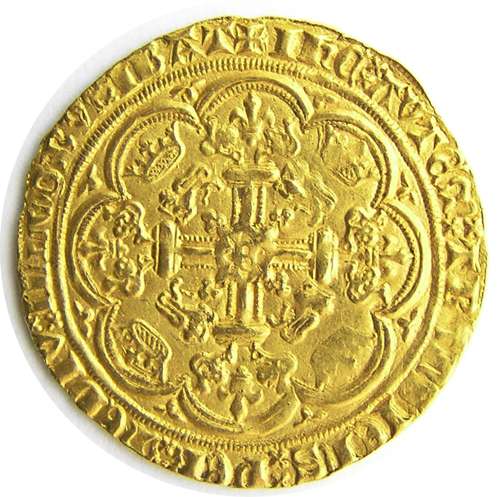 Obverse description: King standing, facing in a ship. Crowned and wearing armour, holding sword in right and shield in left quartered with arms of England and France.

Reverse inscription: + IhC: AVTЄm: TRAnSIЄnS: PЄR: mЄDIV: ILLORVm: IBAT ("But Jesus passing through their midst went His way") this inscription was thought to imbue invisibility or stealth to the owner of the coin, important when transacting in large value and travelling as a merchant between towns to avoid robbers and thieves.

Reverse description: Large floriate cross with Є at center, crowned lions in angles, all within polylobe with trefoils in spandrels.

This coin was struck during the cessation of hostilities between England and France following the Treaty of Bretigni in 1360 when Edward renounced his claim to the French throne. The capture of the French king John during the Battle of Poitiers in 1356 meant the French had to pay a huge ransom of over 4 million gold ecus for his release. Most of these coins were melted down and recoined into English gold coins such as this gold noble! It is an exceptional piece in about EF condition, on parr with one recently sold from the Doubleday Collection.