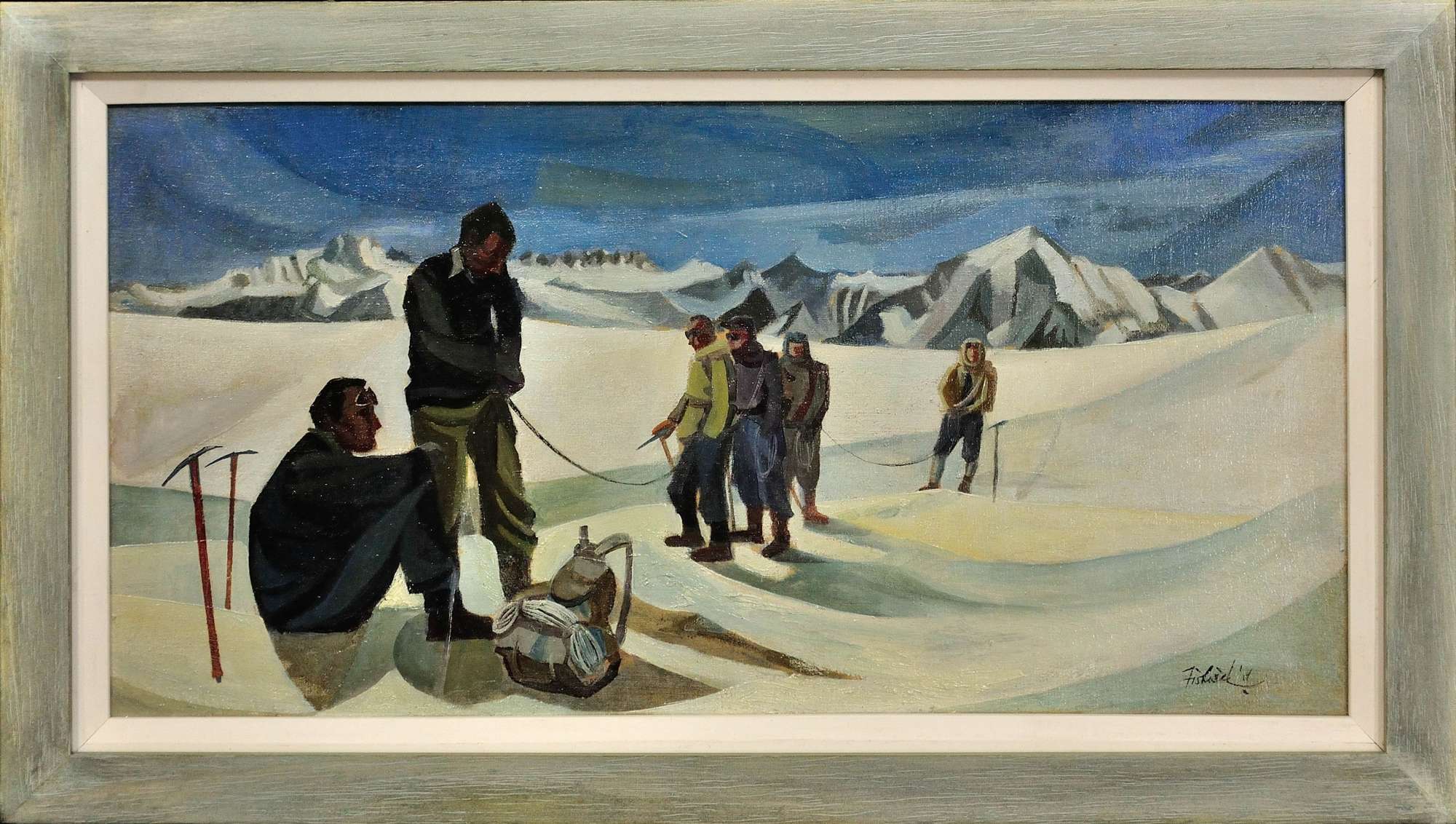 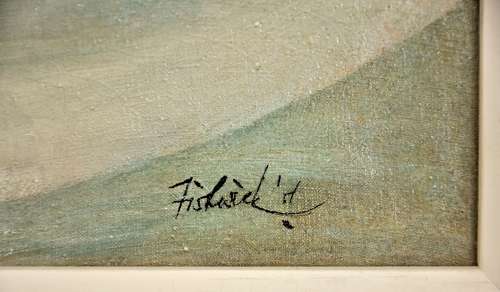 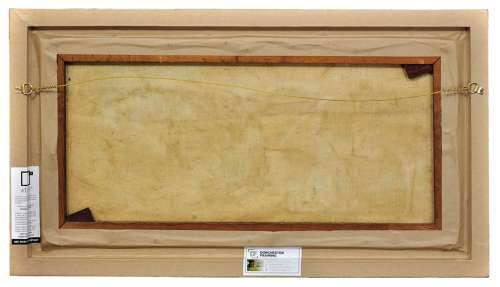 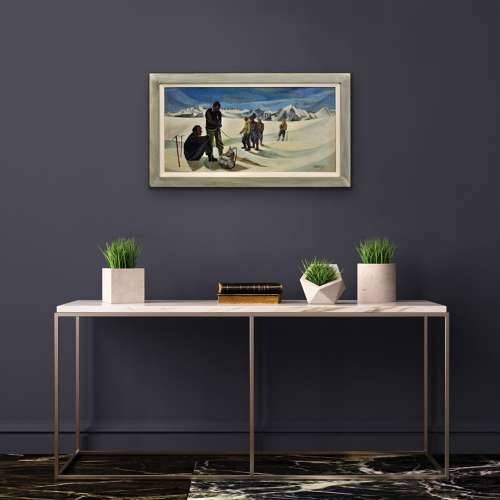 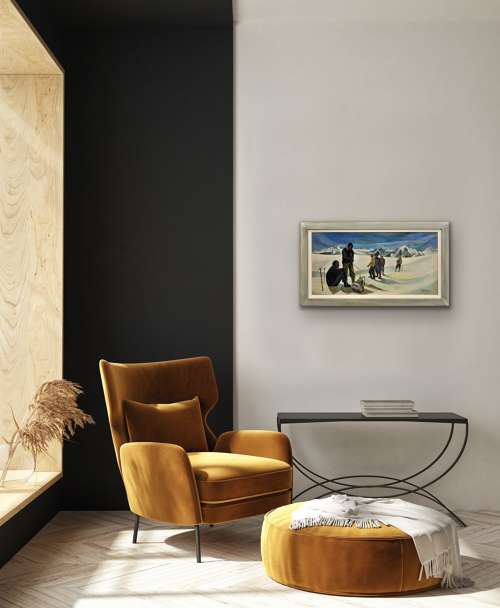 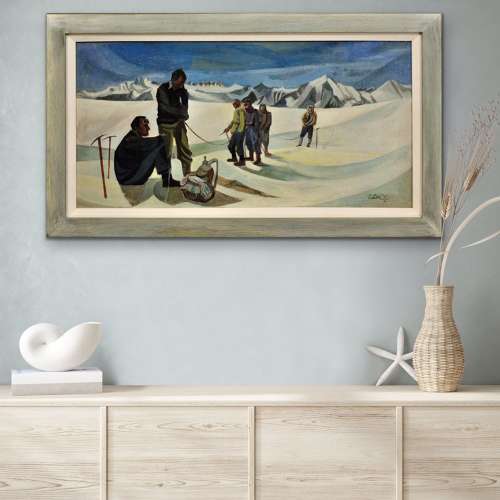 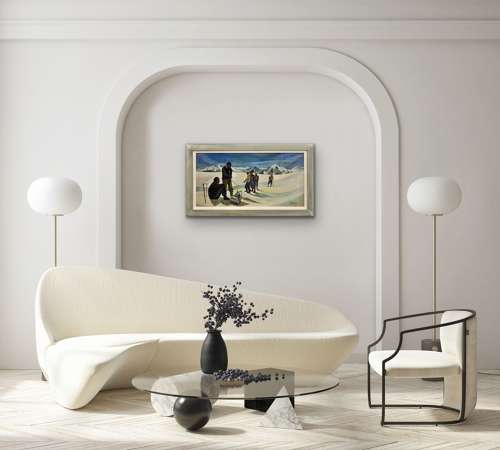 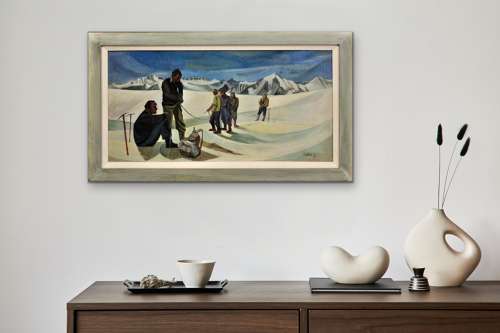 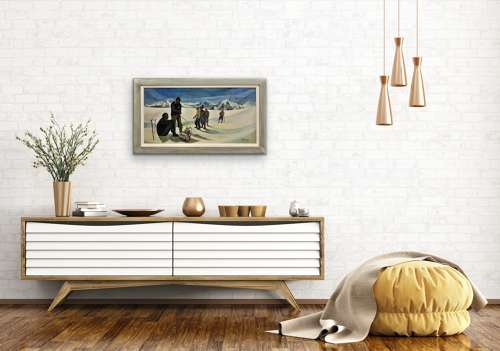 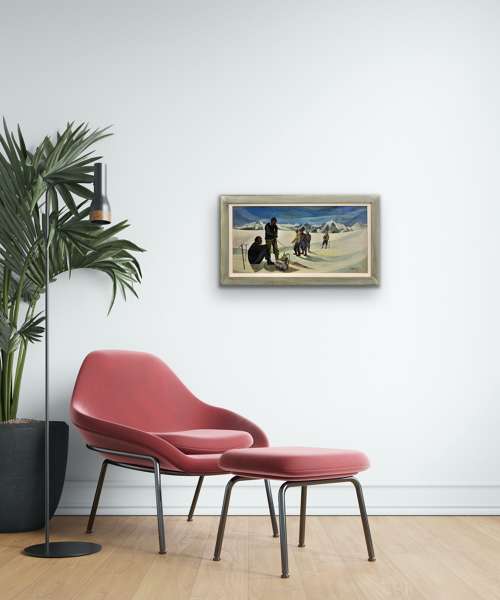 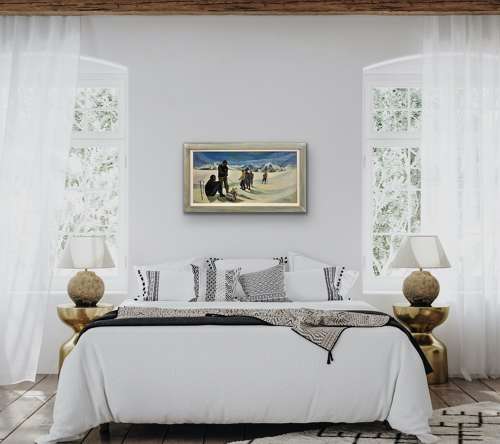 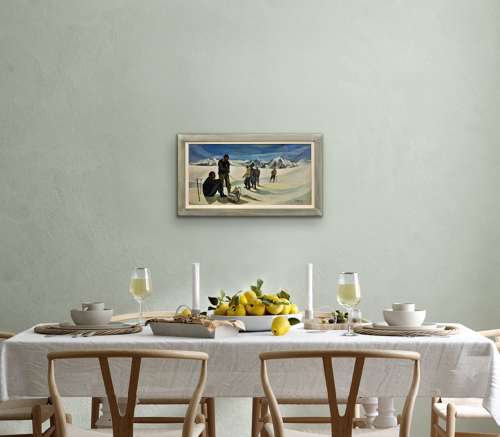 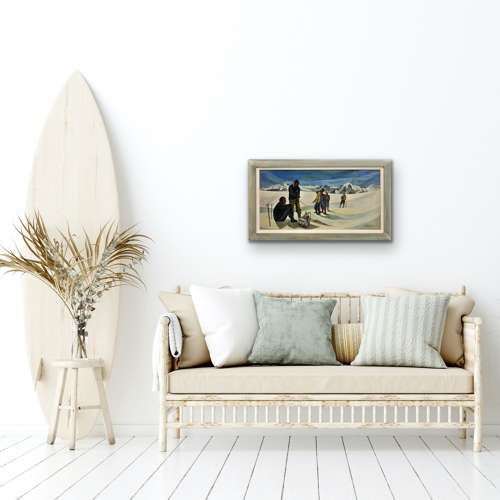 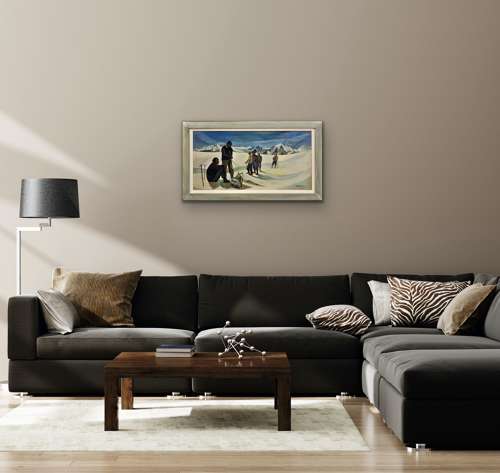 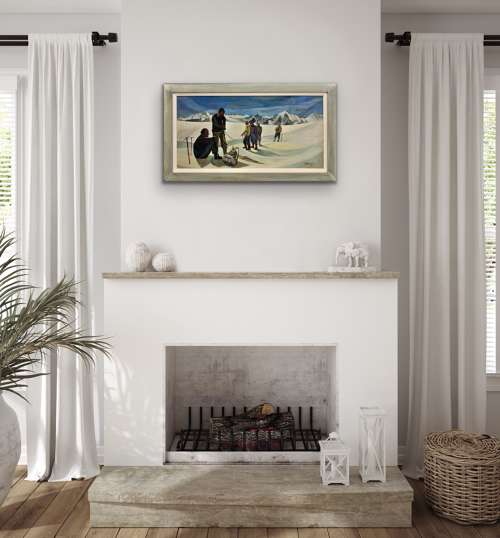 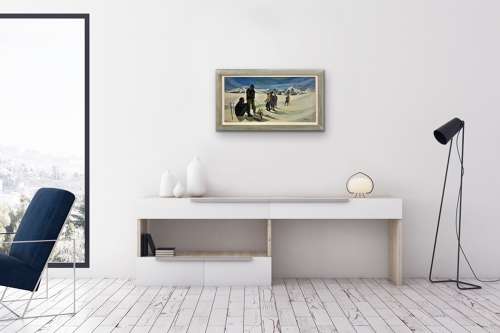 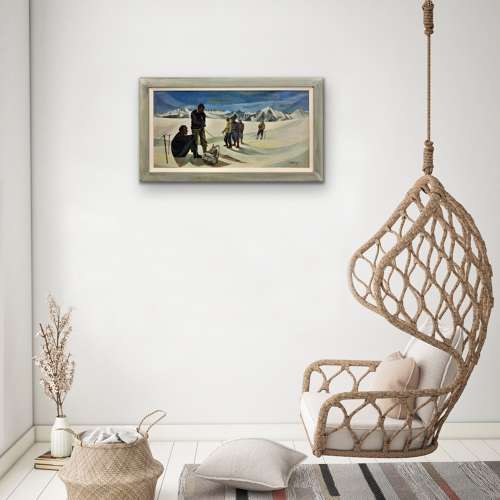 Available for sale from Big Sky Fine Art; this original oil painting by Clifford Fishwick dated 1951.
The painting is presented and supplied in a sympathetic contemporary frame (which is shown in these photographs), and behind premium anti-reflective glass with UV Protection greater than 70% (Artglass AR 70™).
The painted surface and the canvas have benefitted from cleaning, restoration and conservation, which took place in 2022 on our instructions.
This vintage painting is in very good condition, commensurate with its age. It wants for nothing and is supplied ready to hang and display.
The painting is signed and dated 1951 lower right.

Clifford Fishwick was a well-respected painter of figures, abstracts and landscapes in oil, watercolour and gouache. He was also an art teacher, a lithographer and a thoroughly decent man. He is regarded as an important figure in post-war British painting.
Clifford was born on 21st June 1923, at Rising Bridge, near Accrington, Lancashire. Although he spent most of his life in the south of England, he never lost his northern accent or his self-deprecating sense of humour. He studied at Liverpool College of Art 1940-42, where he acquired his considerable technical skills as an artist. He then entered naval service and spent the next four years sailing on convoys back and forth across the Atlantic. In 1946 he returned to his studies at Liverpool and obtained a Diploma in teaching art.

Fishwick then moved to Devon, where he lived at Topsham with his wife, Patricia Fishwick, who was both an artist and teacher of art history. They went on to have a family of two girls and two boys.
Fishwick began teaching at Exeter College of Art and Design in 1947 and became Principal of Exeter College of Art from 1958-1970. He is credited with guiding the College through a period of great expansion and bureaucratic change. His natural magnanimity and northern warmth made him a popular leader of art education.

Despite a prestigious teaching career, and considerable administrative duties, Fishwick always kept up an active painting and exhibition schedule. His first solo exhibition was held in 1957 at St George’s Gallery, London; others were held at the Royal Albert Memorial Museum, Exeter 1960, Dartington Hall 1959, Exeter University 1961, Plymouth City Art Gallery 1966, Essex University 1976 and the SpaceX Gallery, Exeter 1982. Fishwick also showed with the Royal Academy, the Royal Society of Artists and the Royal Watercolour Association, as well as several exhibitions in the provinces. Solo gallery exhibitions were also held at the Burton Street Gallery and Austin/Desmond Fine Art, London. His work gained particular acclaim with the 2012 sale of his work ‘At the Wheel of Boojum’ at Christies. Following his death in 1977 retrospective exhibitions were mounted in Plymouth and Exeter. His legacy continues to be represented by the British Museum in London, and public galleries in Exeter, Plymouth and Bradford.

During his many years in Devon, Fishwick was a regular visitor to Cornwall, and he became an important figure to many South West artists. He had a close association with Peter Lanyon and was a member of the Newlyn Society from 1952-83 and exhibited at the Penwith Society in the 1950s-1960s and had a solo show there in 1983.

Over the years Fishwick’s style changed as certain influences took effect; the Neo-Romantics, the Cornish Painters and the second school of Paris painters such as Nicholas de Staël.  His enduring heroes were Cezanne and Turner and the influences of both are apparent in his work at difference stages of his career. His later work was darker, more loosely put together and more abstract.

Fishwick was also an accomplished rock climber and yachtsman. His love of mountains led to him taking part in a series of climbs with Peter Biven for a 1968 guidebook of routes on the granite Bosigran Cliff, Cornwall. He produced the sketches for the guidebook, which were acclaimed as wonderfully accurate little works of art. At weekends he spent many happy hours tramping across Dartmoor and in the summers, together with his son Mark, he would sail from Cornwall up to Scotland, where he would row ashore and climb the peaks he had chosen for that season.

It has been said that Clifford Fishwick was one of the few people who lived a good life in the way he most wanted. He painted because it was a passion, rather than for purely commercial reasons, had a deep mistrust of commercial galleries, and in fact sold his work mostly to friends so that he always knew where to find them. He and his wife shared a love of art and were devoted to each other and to their family. Fishwick managed to combine work and leisure to an extraordinary degree. He loved the hills and the sea just as much as he loved painting and used his talent to bring these passions together. 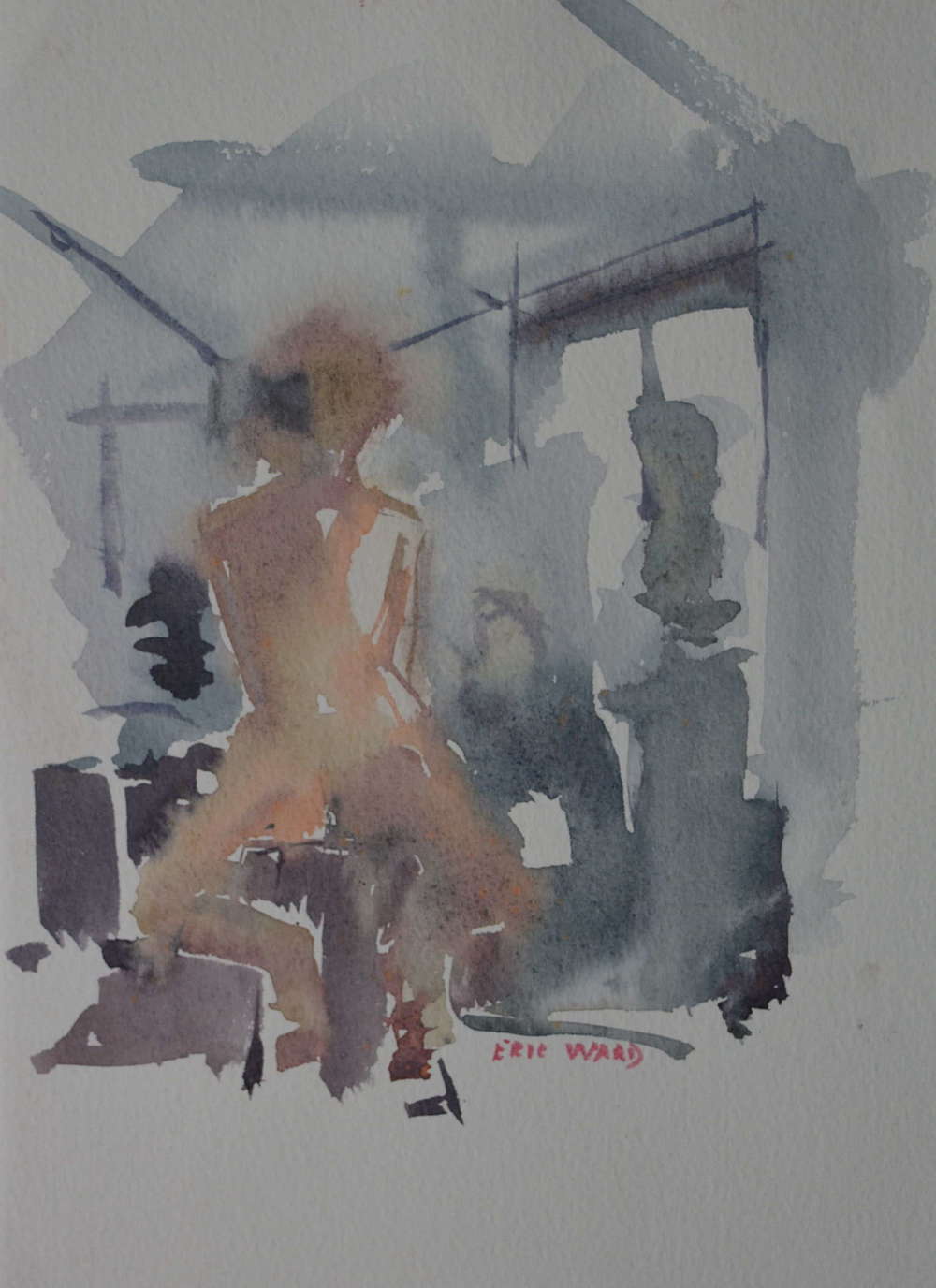 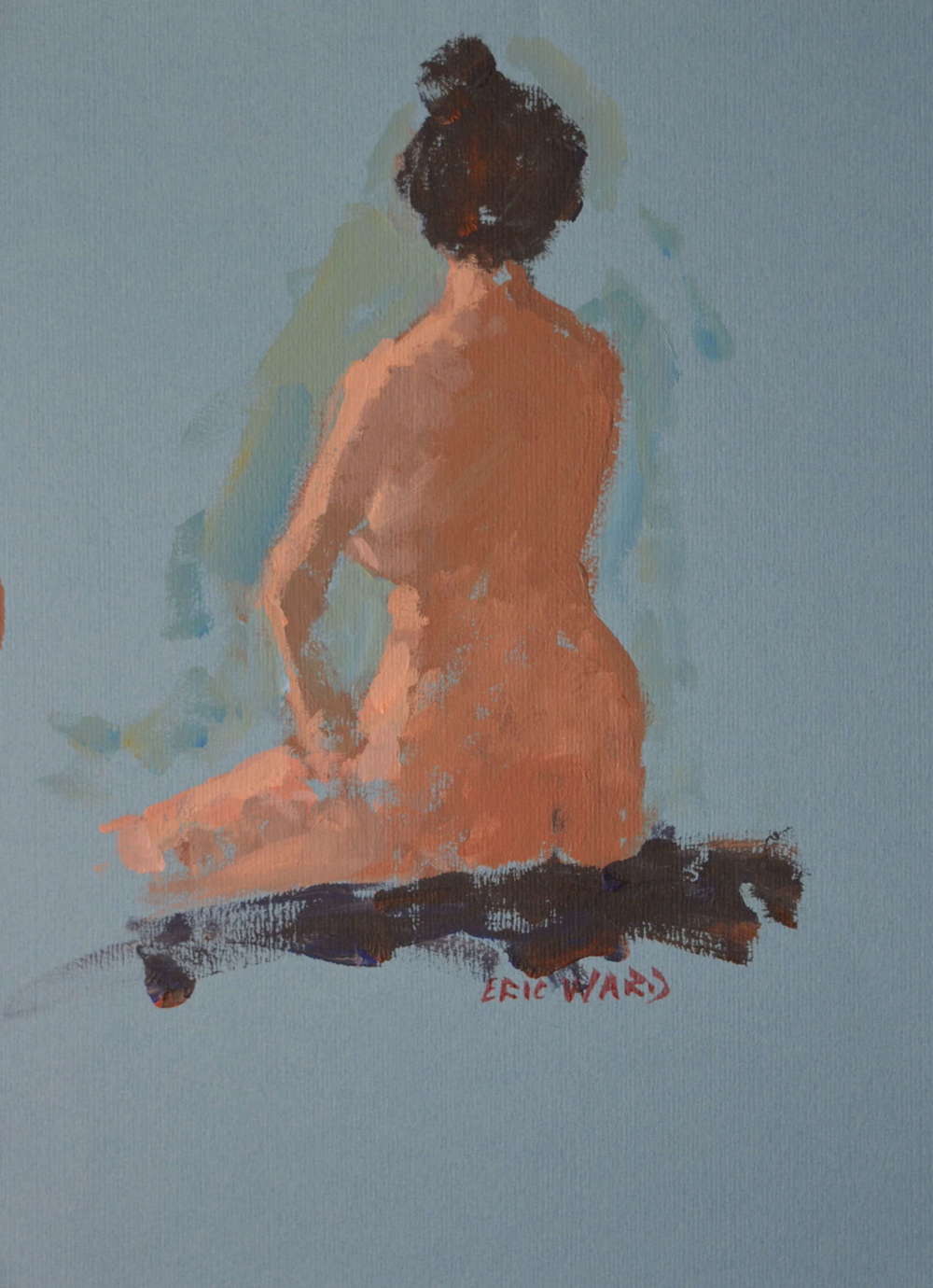 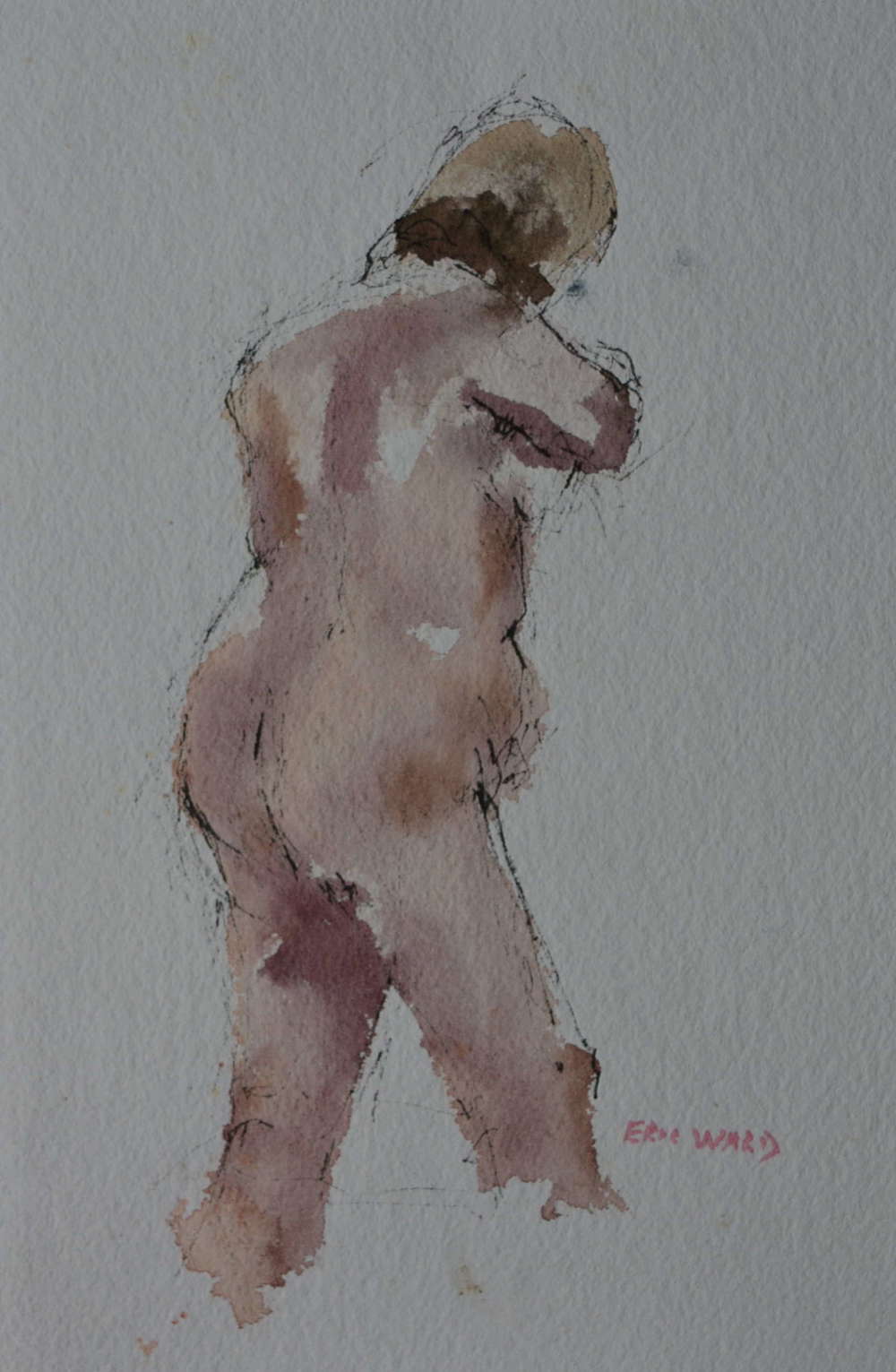 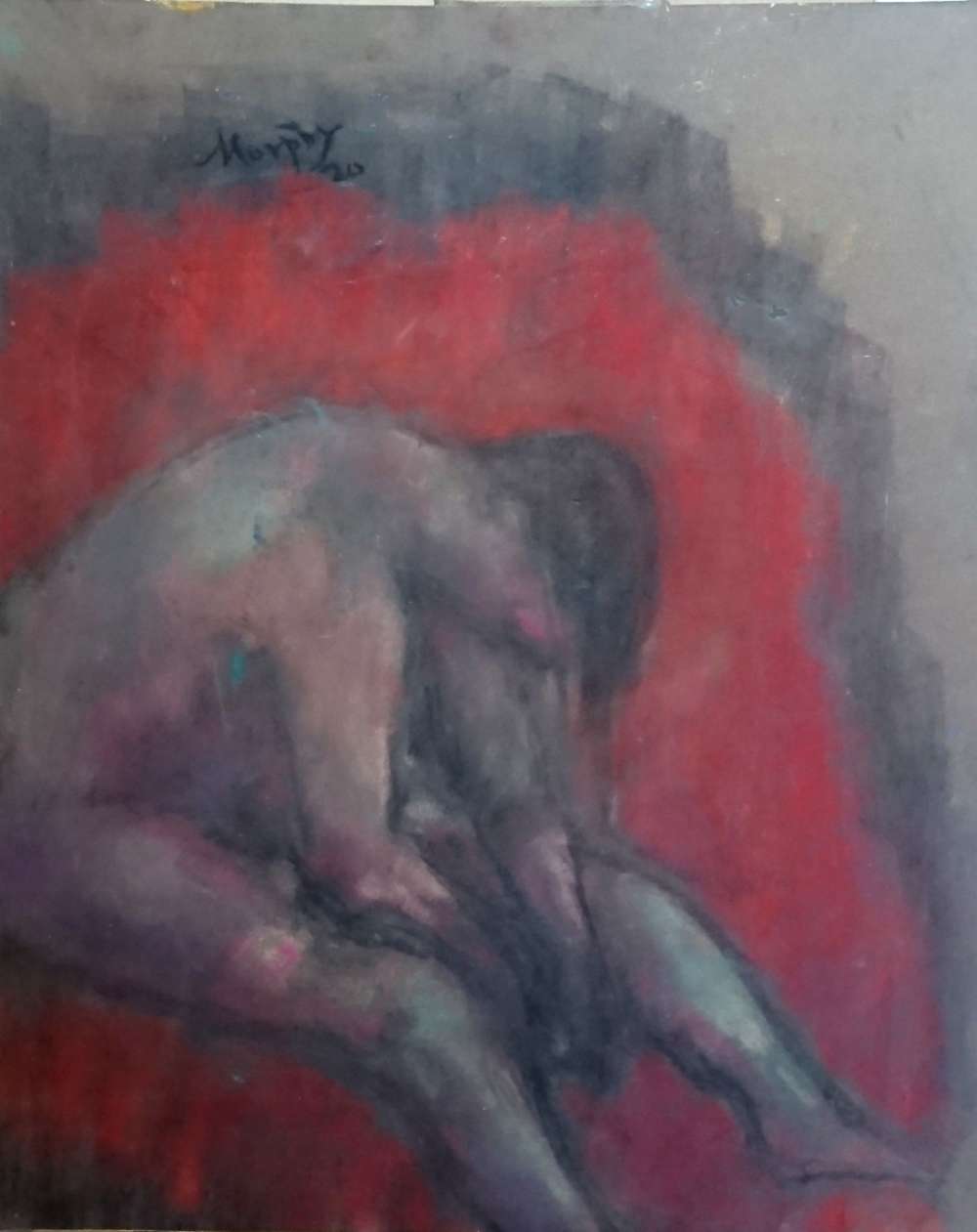 Julian Ruddock b.1965. The Thief. Framed Pastel on Paper.