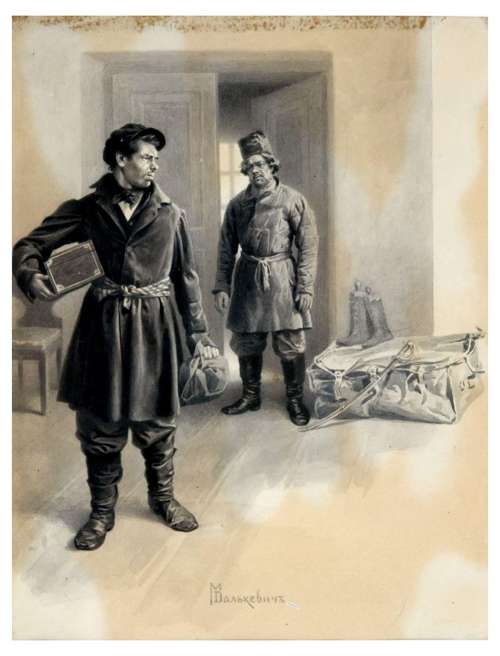 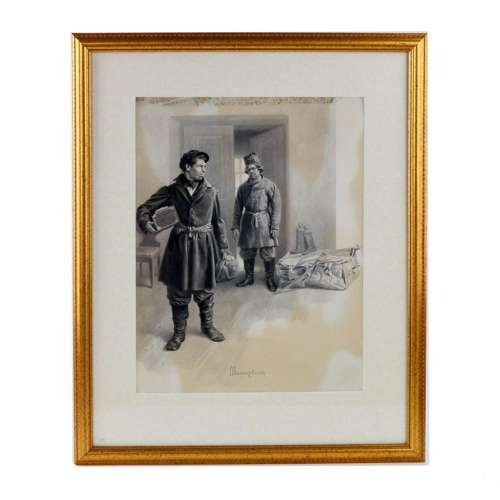 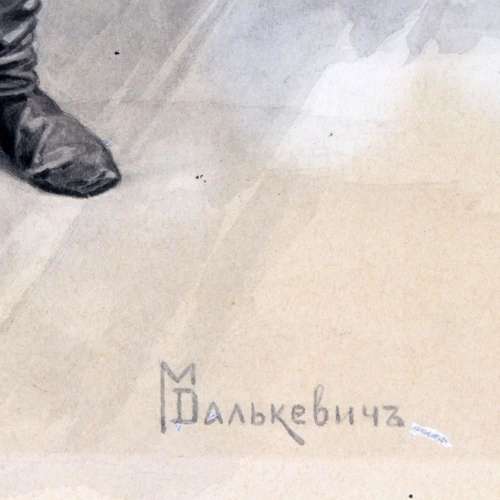 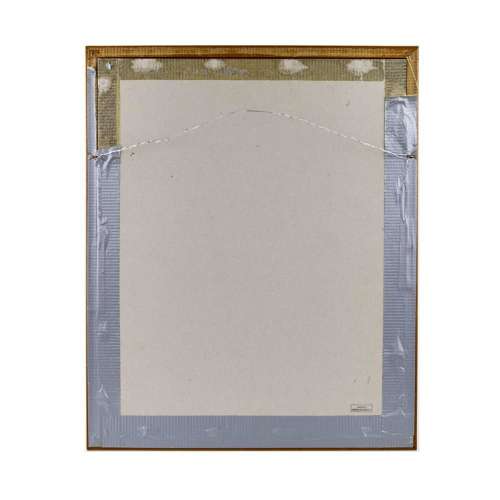 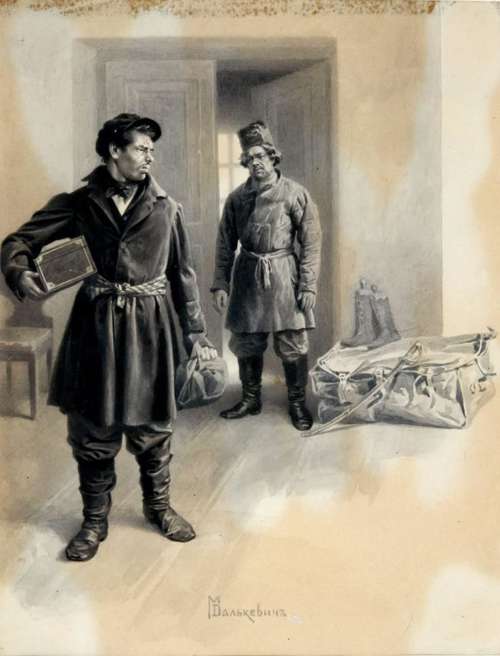 Dalkevich Mechislav Mikhailovich. Watercolor. Parsley and Selifan take things to the hotel room. Illustration for Gogol`s poem Dead Souls. Early 20th century. Signature at the bottom middle. M. M. Dalkevich (1861-1941). A well-known illustrator in Russia at the turn of the 19th and 20th centuries. After the revolution, theatrical make-up artist. He died in besieged Leningrad in the autumn of 1941. less

Other items in General/other frames

View all in General/other frames

Cup with Saucer from Meissen, Set of 2