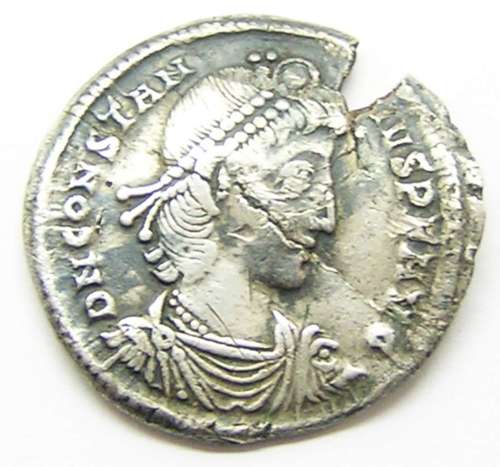 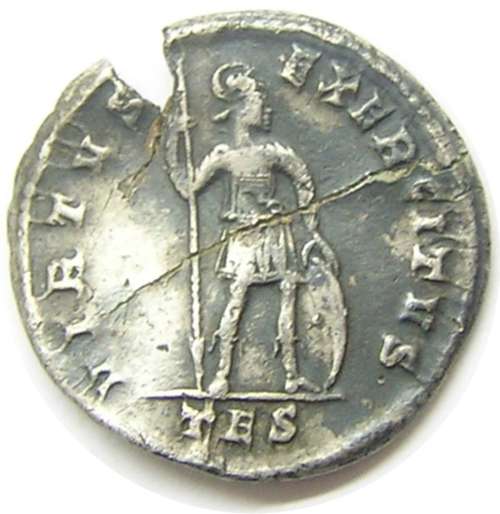 This is a rare ancient Roman silver Miliarense of emperor Constantius II struck between 350 - 355 A.D.

It was struck at the Thessalonica Mint, bearing a TES Mintmark (for Thessaloniki in Greece)

This coin was found near Winchester in England, so it must have travelled throughout the Empire in trade or as a soldier's salary. It has been recorded by PAS as HAMP-488EBA, sadly damaged but still a rare coin, that was purchased directly from the finder.

Other items in General/other

View all in General/other