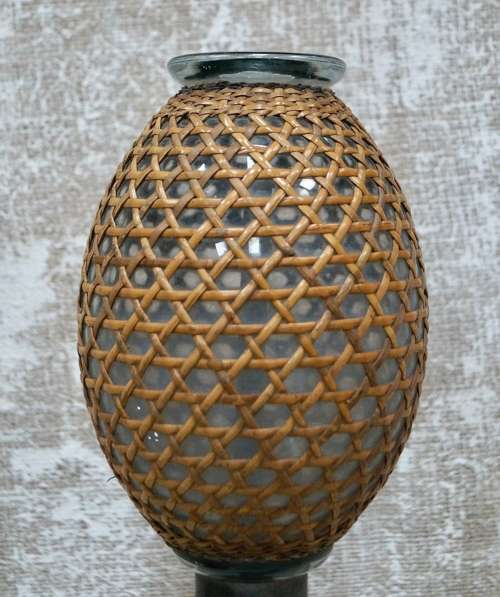 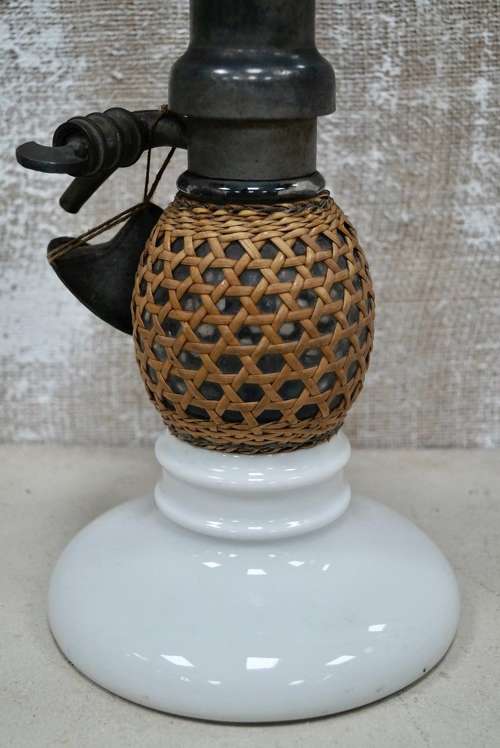 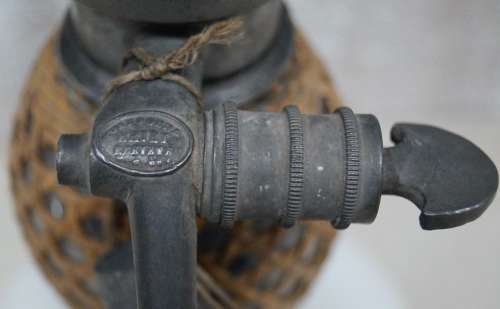 A Superb Rare Antique Briet French Sod Syphon. This double gourd shaped antique soda syphon is in great condition, it still has its original protective wicker cage surrounding the glass and comes complete with the original refill funnel, the trigger is made from pewter and has the makers mark stamped Breit Gasogene. C1870
As early as 1790, the concept of an "aerosol" was introduced in France, with self-pressurised carbonated beverages. The modern siphon was created in 1829, when two Frenchmen patented a hollow corkscrew which could be inserted into a soda bottle and, by use of a valve, allowed a portion of the contents to be dispensed while maintaining the pressure on the inside of the bottle and preventing the remaining soda from going flat.
Soda siphons were popular in the 1920s and 1930s. The rise of bottled carbonated beverages and the destruction of many of the siphon manufacturers' plants in Eastern Europe during World War II led to a decline in their popularity in the years after the war. These bottles are still commonly used in some bars to make drinks.
A good, tall size makes this a decorative antique object, many of these have been converted to use as an unusual table lamp.