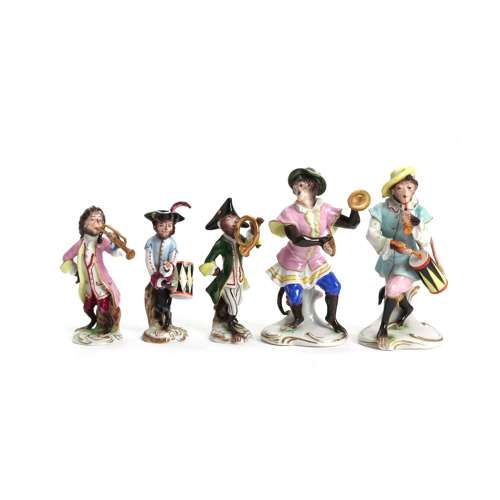 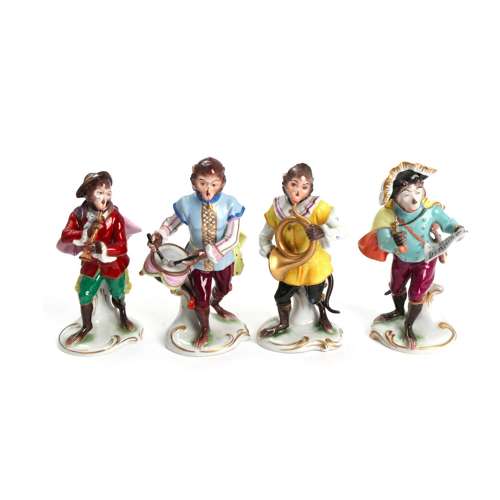 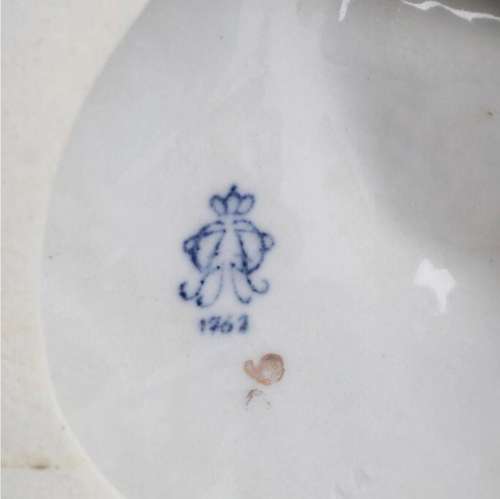 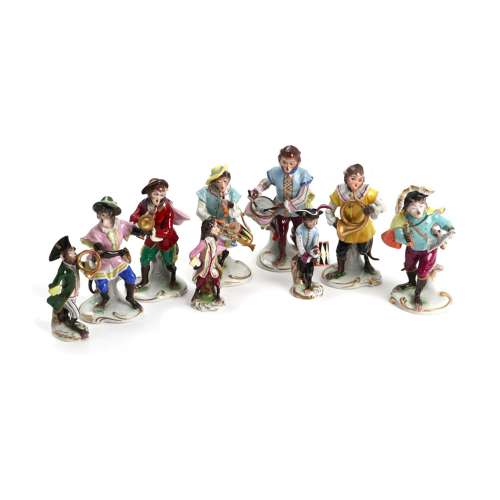 Porcelain group "Orchestra of monkeys" consisting of 9 (nine) figurines made according to the Meissen model. Hallmarks: Volkstedter Porzellanmanufaktur. Sizes: height of figures from 11.5 cm to 16.5 cm. The porcelain group of the Monkey Orchestra (Affenkapelle) is a classic of the parody-clownish Meissen Baroque, the plot of which was subsequently repeatedly reproduced by other manufactures and authors. The orchestra in the classical version consists of 21 figures: conductor, singer, clarinetist, flutist, harpist, violinist, cellist, drummer and other musicians. The figurines feature realistic, dynamic poses and are dressed in puffy wigs, camisoles, shoes and lace in the fashion of the time, a story that is still unknown to this day. According to one of the versions, the author of the grotesque figure, Johann Kendler, created a parody of the courtiers and representatives of the nobility. The monkey personified a nobleman who, even if dressed in fashionable dresses, still remains a narrow-minded person, greedy for flattery, vain and lustful. According to another version, the book by the German satirist Gottlieb Wilhelm Rabener, which tells about a trainer who presented the public with an orchestra of trained monkeys, became the source of inspiration for the sculptor. Some researchers suggest that the porcelain group allegorically depicts real characters - the orchestra of the Saxon Prime Minister Count Heinrich von Bruhl, who was terribly fake. History has preserved the name of the first owner of a parody musical ensemble. She was the favorite of Louis XV and a great lover of porcelain (her personal collection consisted of about 400 items!) Madame Pompadour. Another famous owner of the allegorical group was Baroness Beatrice Rothschild, whose collection is kept at the Villa Ephrussi de Rothschild on the Cote dAzur. The Monkey Orchestra is a recognized classic of porcelain art that can take its rightful place in the collection of any collector of "white gold". less

Bronze Mastiff on a Chain by Charles Valton