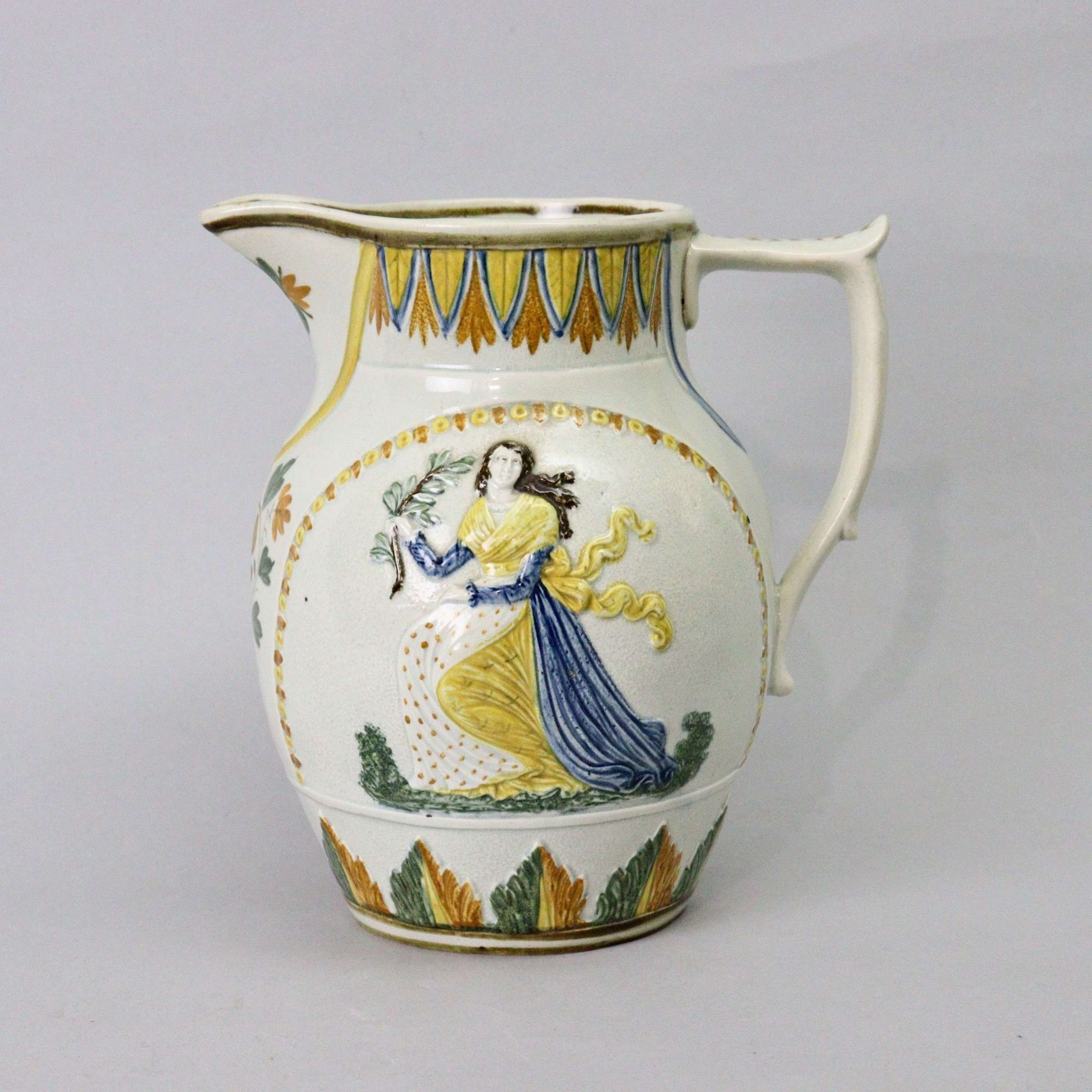 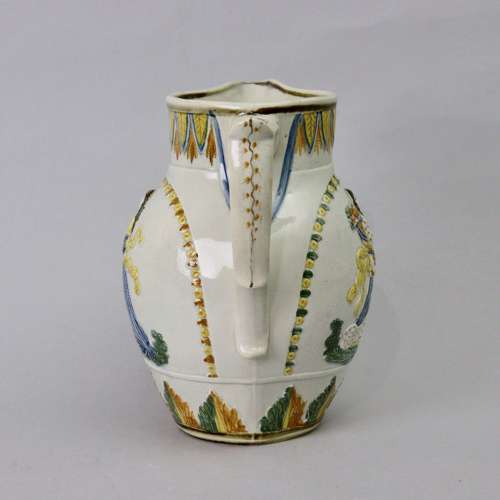 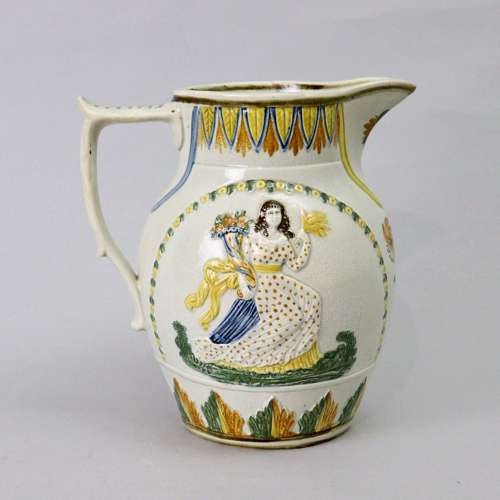 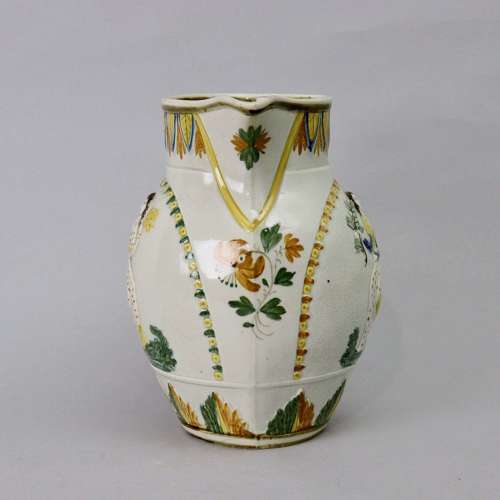 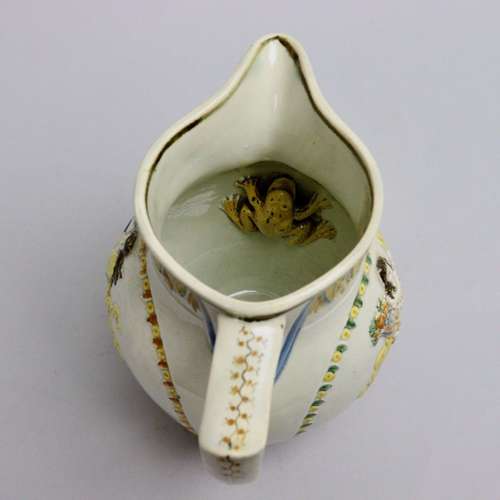 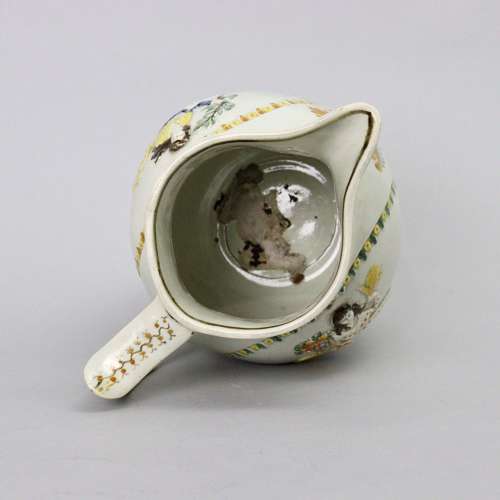 A rare Pratt Ware jug with a frog to the interior. This is moulded, in pearlware, with female figures representing Peace to one side and Plenty to the other. The design was probably inspired by the Peace of Amiens which concluded in March 1802. Pratt ware jugs in this form are not uncommon but it is rare to find one with a frog to the interior. The frog is on the side, just under the spout, but if you look into the jug it appears that there was originally another frog on the base which has now become detached. This could have happened during the manufacture. The finely moulded design is decorated in beautiful Pratt shades of blue green and ochre and brown, which is still vibrant.

There is a firing fault to the base of the jug, from the time of manufacture, but it is in excellent condition, with no cracks, chips or restoration.

Price includes postage within the U.K. Shipping to the U.S.A. add £20. Most of Western Europe add £10. 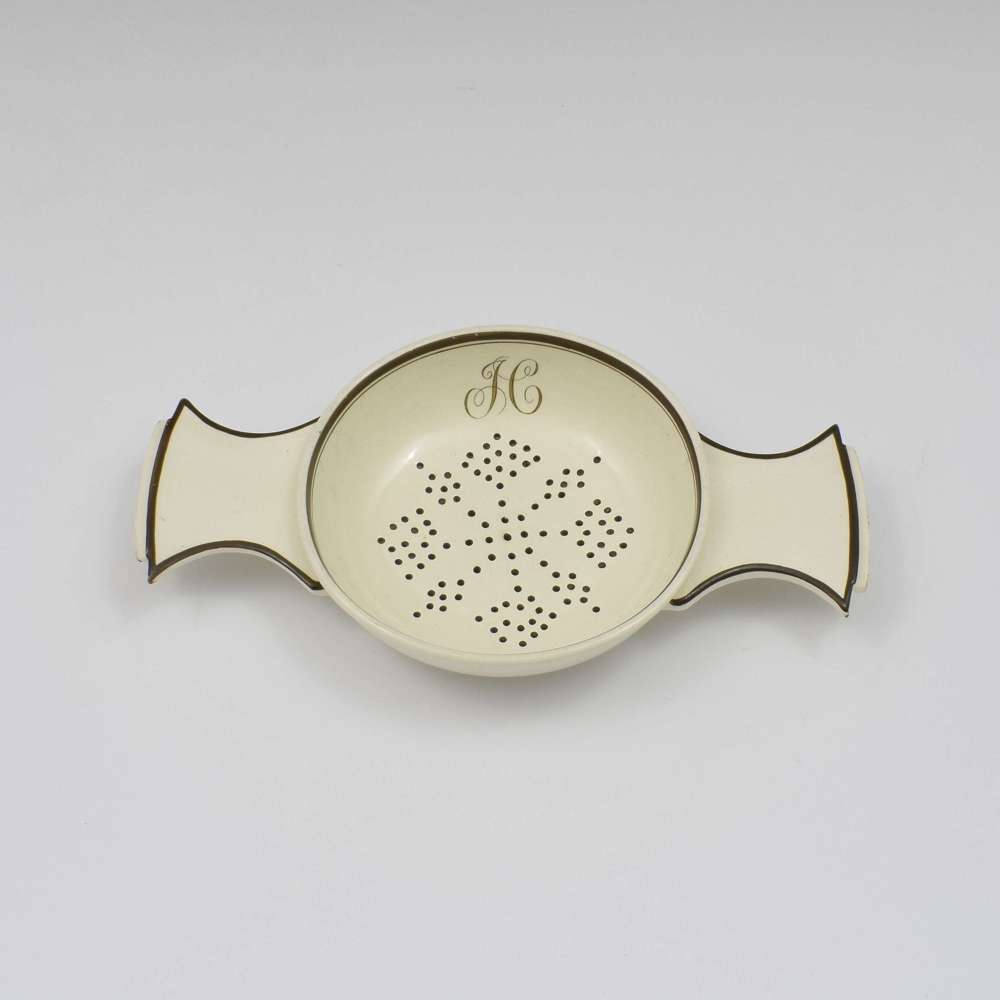 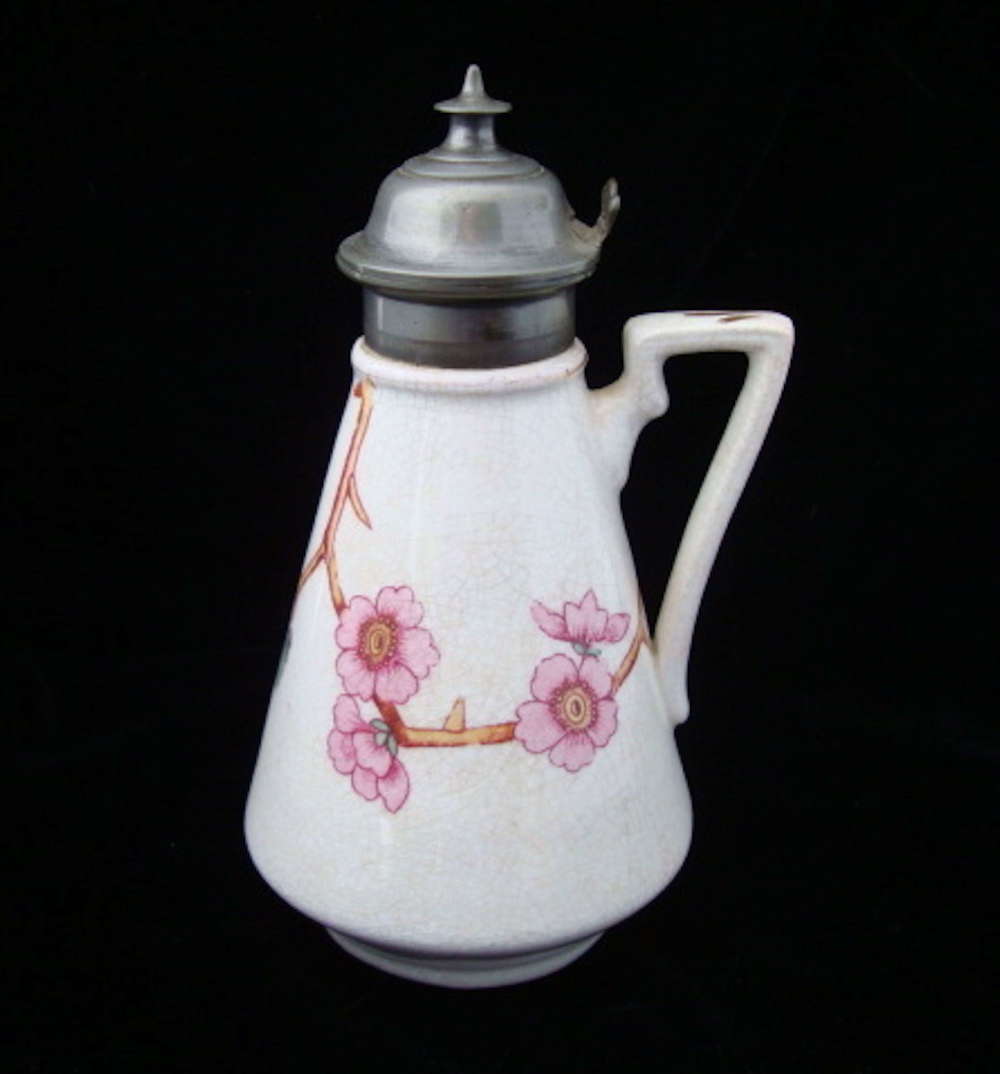 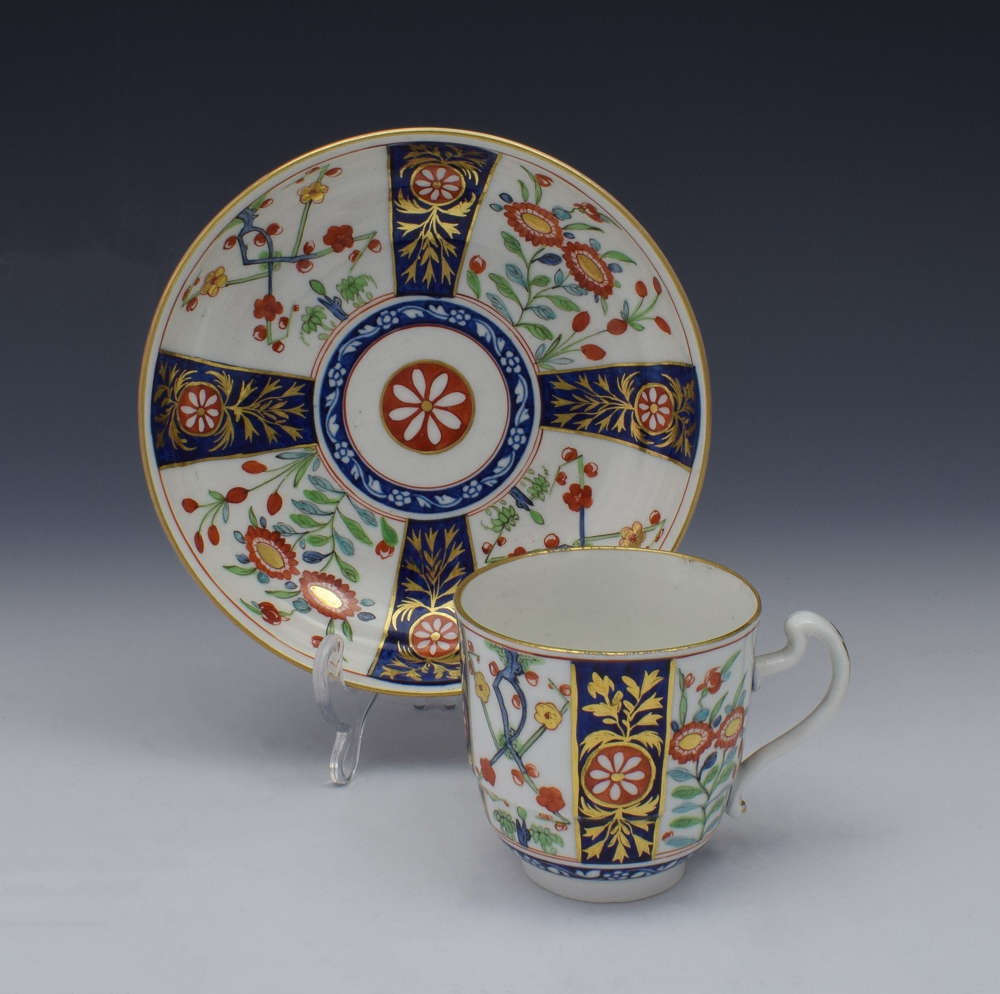 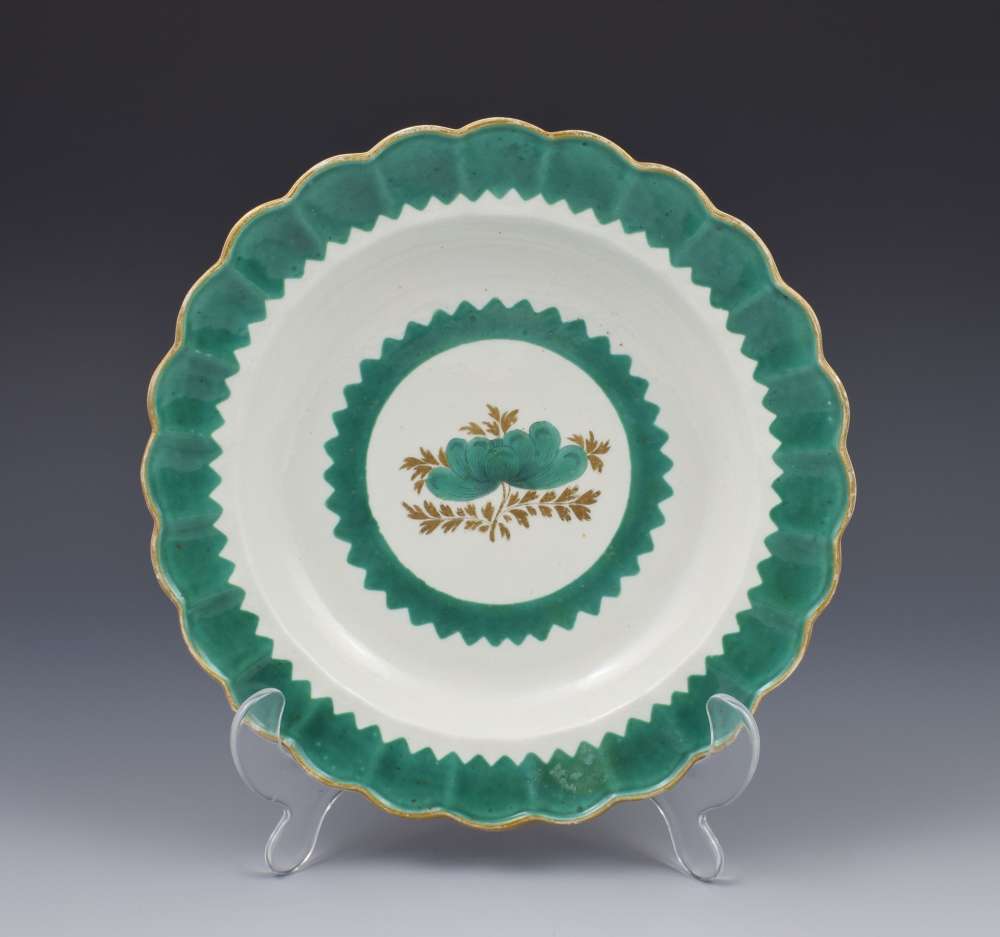 View all items from Appleby Antiques