This is a fine French Oil Painting on Canvas dating to the end of the 18th century.

A classical composition of flowers, displayed in a jardiniere and set against a background of light and shadow. Signed J. L. Boizet and dated 1789

The painting has previously been relined, and recently professionally cleaned and reglazed.
Signed and dated lower left (with some additional smaller script which is not clear - T' E 86 perhaps?)

Beautiful deeply carved and gilded antique frame with a border of foliage.

On the back, there is a label from a 1921 French Exhibition - 'Tableaux et Desins Anciens' where the painting was exhibited by the Galerie Georges Petit.

Georges Petit (1856 - 1920) was a key figure and dealer in the French Art World
After Petit's death, the Gallerie was acquired by Gaston and Josse Bernheim-Jeune and continued to hold important exhibitions notably retrospectives for Matisse, and Picasso. (Source - Wikipedia) 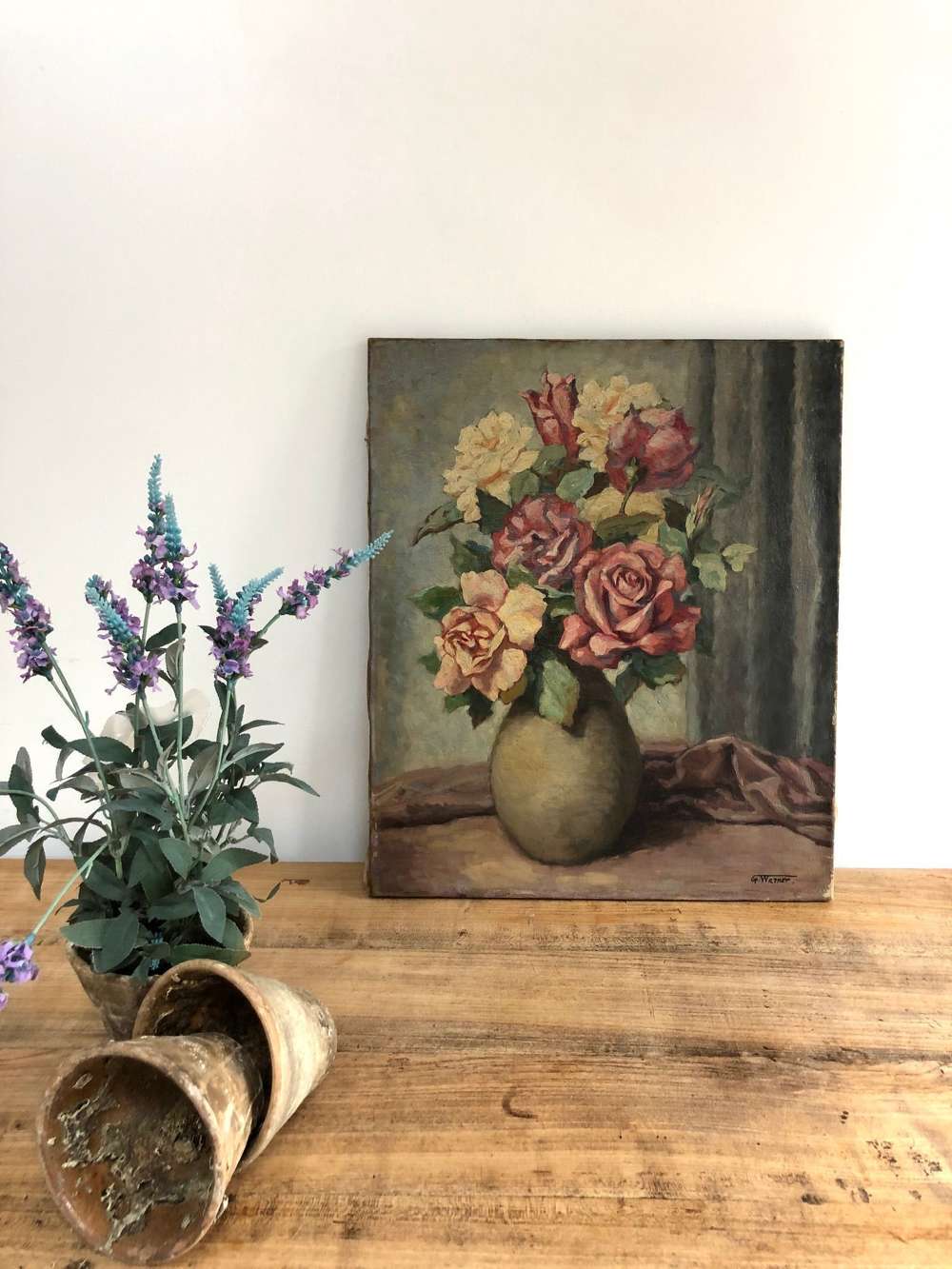 View all items from Middletons Antiques