Collings was born, trained, and lived all his life in London. Working in oils, water-colour, and pastel, he specialised in figure subjects and portraits, for which he received a number of official commissions. He exhibited for many years at the Royal Society of British Artists, showing a total of 98 works and being elected a member in 1897. He also supported the Royal Academy (29 works, 1896–1938) and the Royal Institute of Painters in Water Colours, and showed at the Paris Salon, where he was awarded a gold medal for a portrait in 1907.
It is tempting to think it was this example.

There are two other paintings of this model called Yasmin that have been well documented. I enclose an image of a postcard of Yasmin in another pose. This was a popular postcard in France at the time. The provenance for this example comes from a deceased family descendant.
The work is complete with its original gilded gesso frame.

Examples of his portraiture are at Harrow and in the Theatre Royal, Drury Lane, and Portsmouth Town Hall; but for such a fluent and relatively prolific artist, his work is now rare.

Painted the portrait of J.A.Harrison hon. secretary of The Eccentric Club in 1929.

Collings was a member of The Savage Club.

20th century oil on board of a French scene 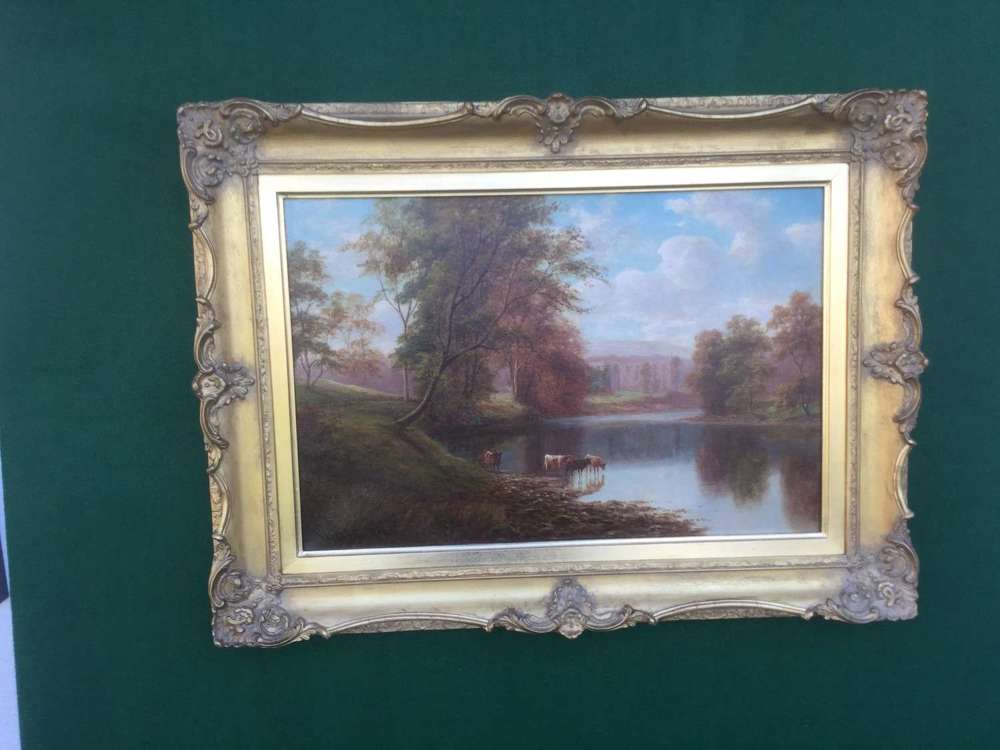 View all items from Danelaw Vintage