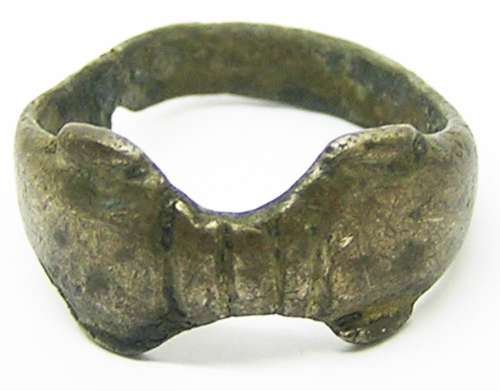 This is an ancient Roman silver finger ring dating to the 1st - 3rd century A.D. The ring is formed as a pair of embracing dolphins, a popular subject for jewellery with naval associations. the size and robustness of the ring would suggest this piece once belonged to a man, likely connected to a sea-faring occupation such as a galley merchant, pirate or a serving officer in the Navy. It would be nice to think that this ring may have once been a gift from his sweetheart, to keep him safe on his long voyages!

Dolphins were associated with Neptune (god of the sea) and of Venus (goddess of love), interestingly Bacchus has associations with dolphins, transforming a group of pirates into a pod of dolphins to forever rescue those at sea. In the Roman and Greek minds, as today, the Dolphin is considered a friendly messenger, one sent to help and guide those lost at sea.

This ring is intact and in excavated condition, it has a distorted shank, though is still wearable today (with care). 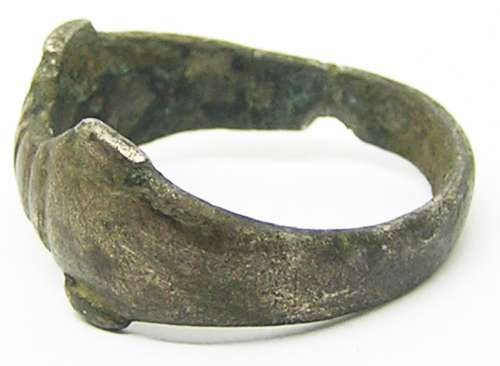 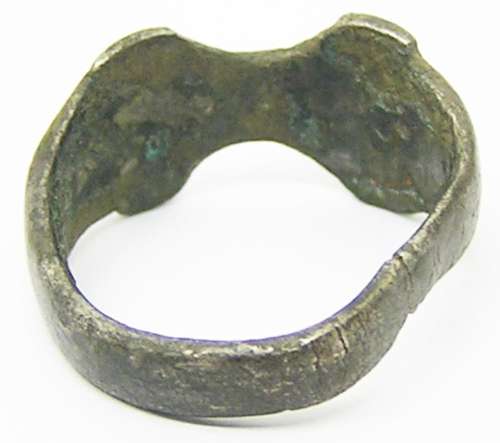 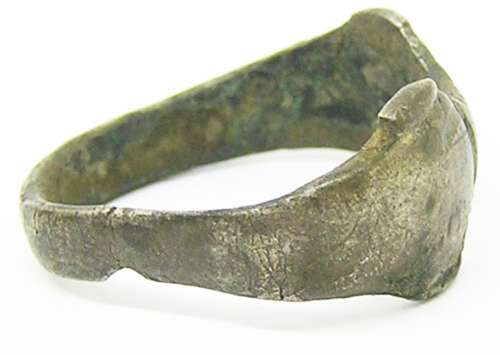 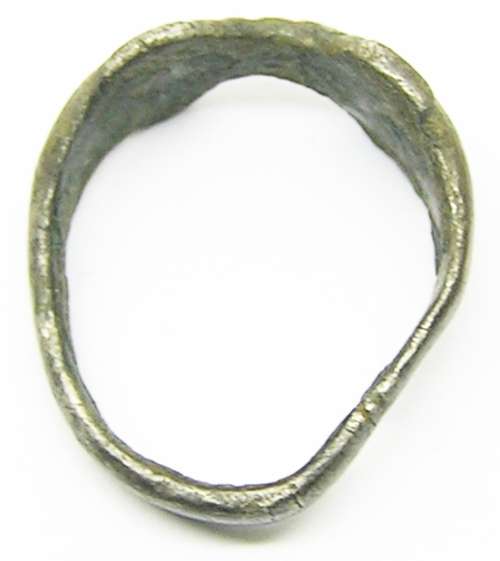 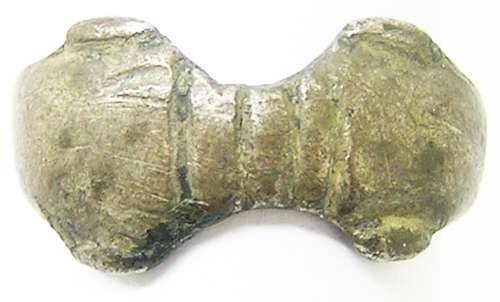 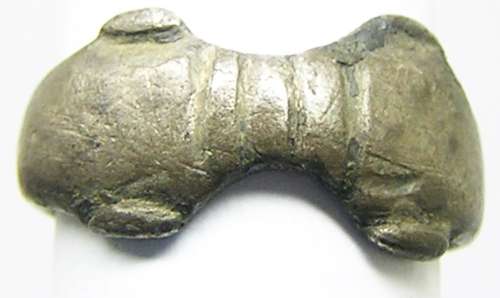 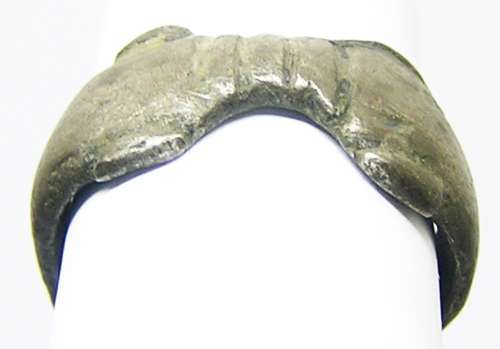