The colour red he is wearing signifies that he is representing the King.

The attention to detail is incredible to the Mayors hands, face, clothing & chain it is like you can feel the textures & creases which has such perspective.

Artist biography Harry Maude Jonas 1893-1990 lived most of his life near Fitzroy Square, London, which had been an artist's colony since Victorian times. He had a studio apartment in Maple Street, but was forced to move out when the area was redeveloped in the 1970s.

His housing dilemma became a cause celebre and he received the personal support of the actor Oliver Reed. In spite of this he was forced to leave. He always felt uprooted from his previous life as a "Fitzrovian".

A figure and portrait painter he exhibited rarely, 1913 -1936. One of his portraits is in the National Portrait Gallery, another in the Tate but most of his works are in private collections.

Artist and restorer, son of a cigar merchant, who was educated at St Paul’s School and St John’s Wood Art School, where he started a lifelong friendship with the painter John Armstrong (Jonas’ portrait of Armstrong is in the National Portrait Gallery).

To avoid an ostentatious life-style Jonas left home and set up as a painter, notably of portraits, with some landscapes and religious pictures. He had a number of patrons, and his subjects included his friend the writer John Davenport, film actress Elsa Lanchester, cricketer Percy Fender and Lady Iris Mountbatten.

Jonas acted for the silent screen, playing The Boy in Love, Life and Laughter, with Betty Balfour, 1923, and working as art director on Reveille, 1924, both directed by George Pearson.

After sharing a studio with Armstrong, Jonas occupied one in Maple Street, Fitzrovia, a ramshackle affair where Leigh Hunt had entertained Thackeray and Dickens.

During World War II Jonas served in the Home Guard. He was an old-fashioned bachelor bohemian, a member of the Fitzrovia group, who appears in Clifford Bax’s memoir Rosemary for Remembrance; a devout Roman Catholic; a lover of talk, mysteries and the predictions of Nostradamus; and a discoverer of pictures, including one by Holbein, an alleged portrait of William Shakespeare and what he claimed was a self-portrait by John Constable, which for years he worked to restore in his Myddleton Square studio (he had to be rehoused there when the Post Office Tower dislodged his old studio).

Jonas’ style was traditional and he was not prolific. His only solo show was at the Matthieson Gallery, 1939, which he said was killed by the outbreak of World War II.

We only buy and sell paintings based upon quality & significance.

Provenance bought from a fine antiques, art & collectibles auction in the south of England, which was from the estate of Betty & Raymond Andersons private collection.

With hanging chain thread on the back ready for immediate home display.

The painting surface is in very good order, having only some very minor paint loss in and some craquelure in places.

Georgian Silhouette Of A Portly Gentleman 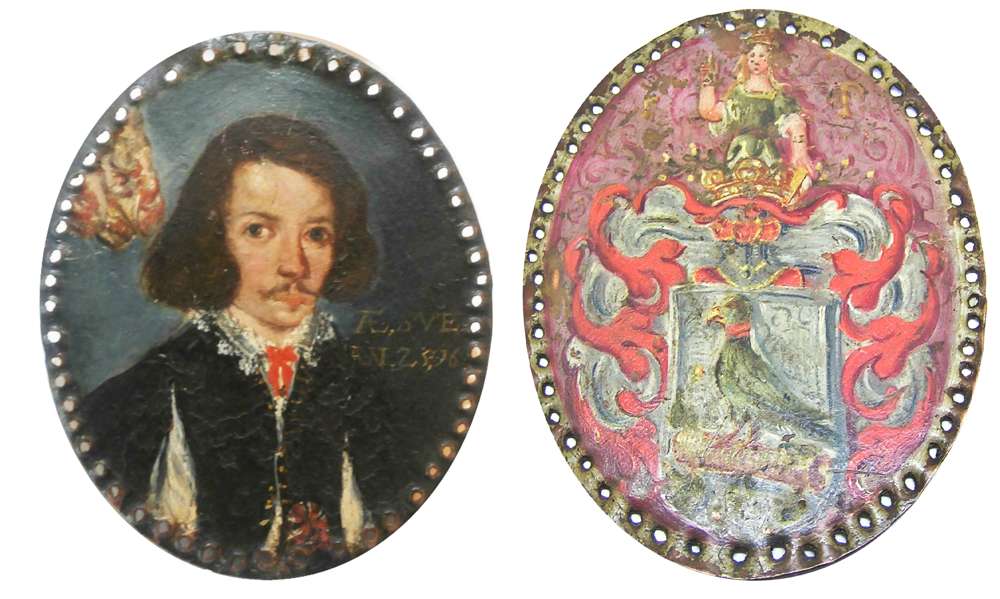 Portrait miniature of a Jacobean gentleman oil on copper 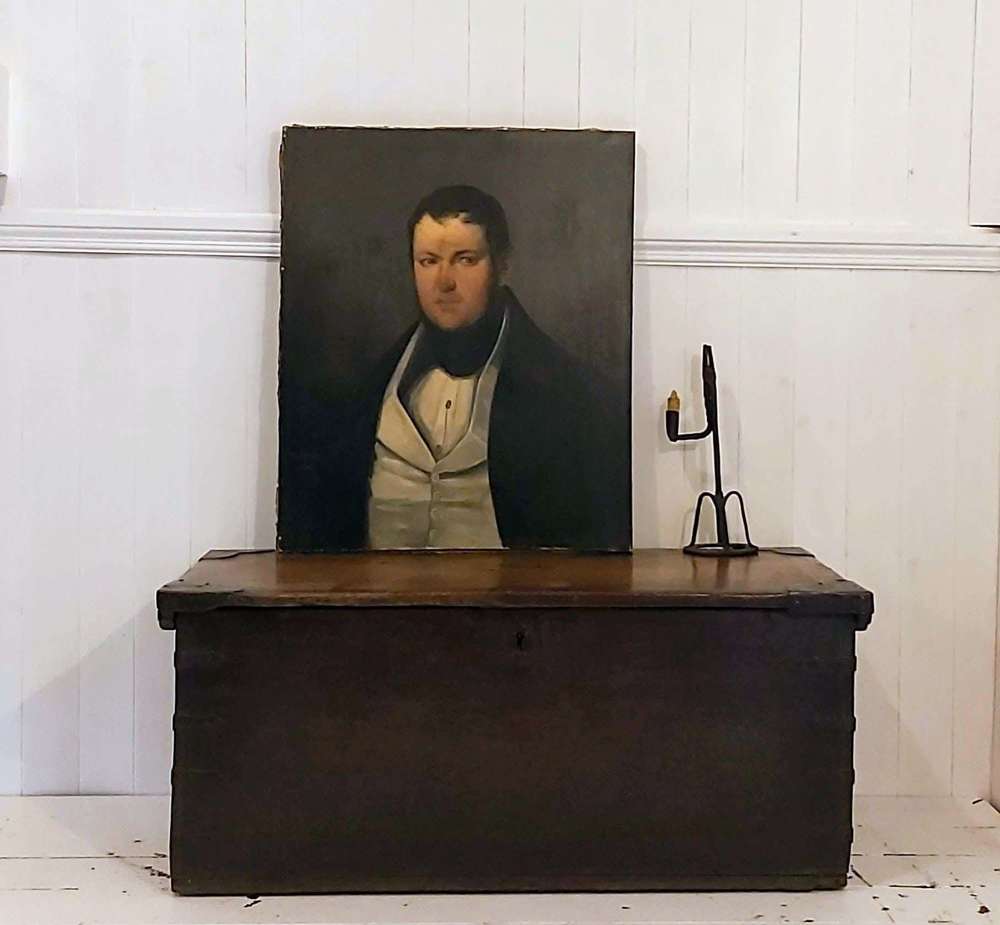