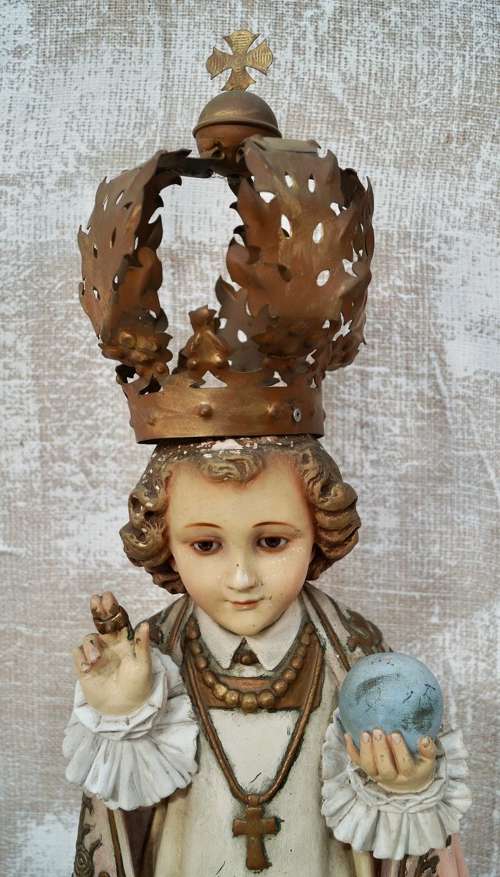 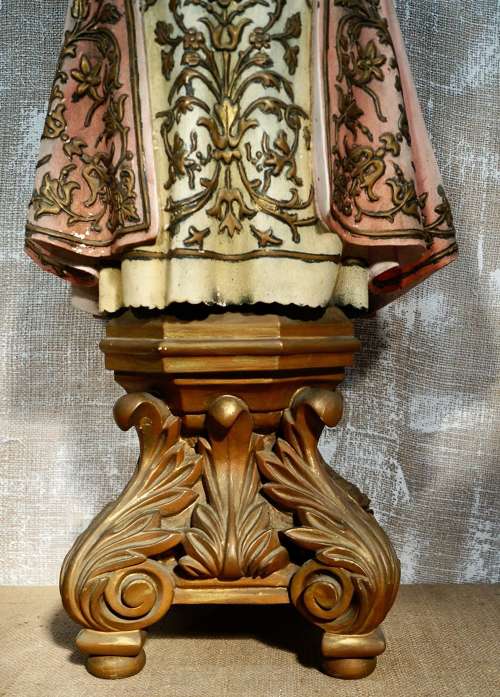 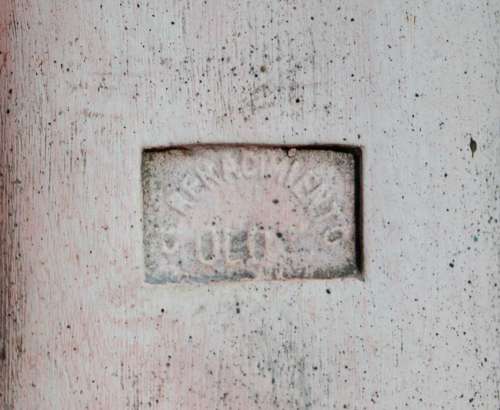 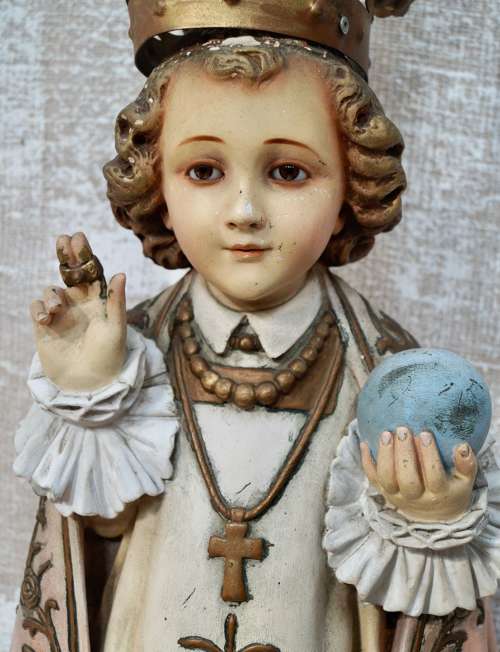 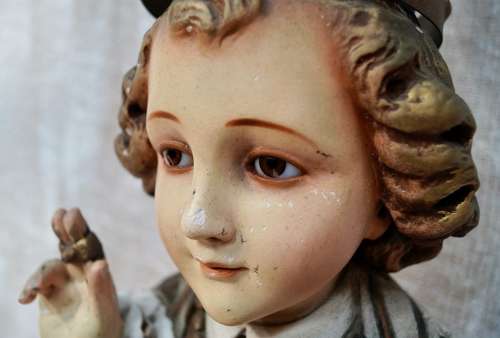 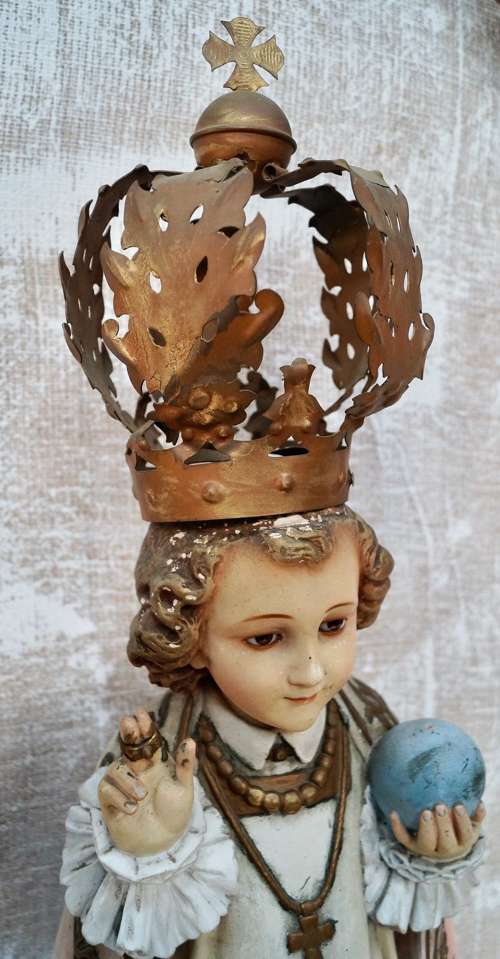 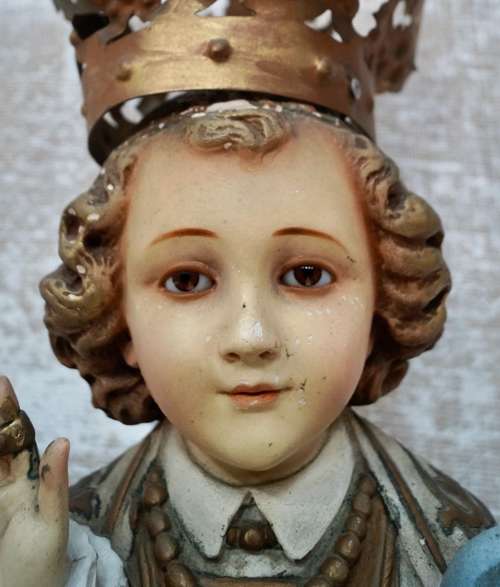 A Superb Statue of Young Jesus of Prague. Made of chalk-ware or plaster, with beautiful detailing to his robe and features, in gold, blue & red with a gold metal crown which detaches from the top of his head while standing on a featured base. He has a beautiful brown glass eyes. The Makers mark for the Spanish designer El Renacimiento Olot is stamped on the back. C1900
This lovely statue is in Phenomenal condition overall, with minimal wear & damage which is to be expected for the age of this piece.
Olot was a very important production centre of religious images. Christian art consolidated its prestige everywhere and was maintained for twenty years as the leader and the only workshop of religious imagery in Olot. Already in 1900 was founded the Sacred Heart and, two years later the Religious Arts. Later were opened El Renacimiento, El Arte Olotense, El Buen Pastor, El Inmaculado CorazÃ³n de Maria, El Arte CatÃ³lico, among others. (Height to top of crown)

Other items in Religious

View all in Religious

"The Nativity of Christ", A George III reverse mezzotint on glass

Letter Rack in the form of Black Forest Folk Art